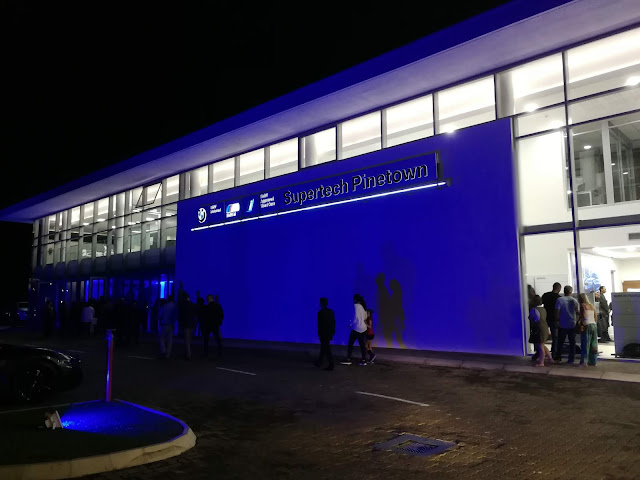 The Supertech Group in KZN have grown in leaps and bounds over the years, and just recently expanded their network into the Eastern Cape by acquiring one of the BMW dealerships in the province and added it to theirs. A few weeks ago I was invited to the official opening of their brand new, state of the art dealership in Pinetown. After taking over from the previous owner, the brand was located at the bottom end of Old Main Road, the Supertech Group felt that the location wasn't in the ideal location to service the areas they were targeting. Hence a few years ago, they undertook the task to relocate the Pinetown Dealership to Kirk Rd at the bottom end of Field's Hill, with a ground breaking ceremony that included VIP guests with the likes of BMW South Africa's CEO Tim Abbott and other distinguished guests. A few years later and what once was a caravan sales park, is now home to one of the countries state of the art dealerships. 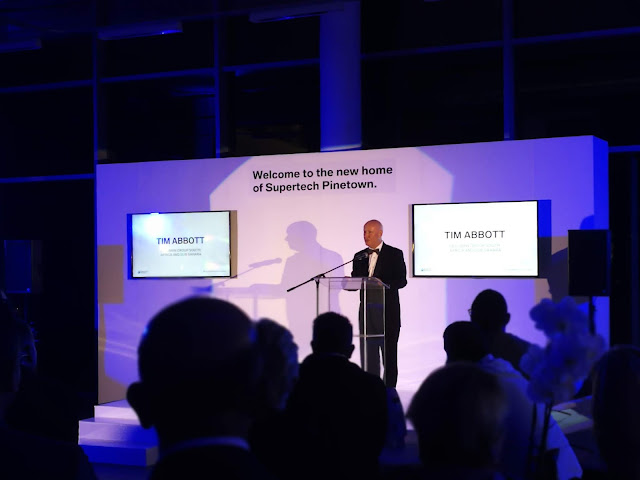 The VIP opening saw about 350 guests in attendance, of which included valued clients, members of the media as well as municipal officials with Fawzia Peer giving the cities best wishes to the group and thanking them for the continued investment in Durban as well as creating jobs for many locals. CEO of BMW SA Tim Abbott was on hand to help Chairman of the Supertech Group, Shabir Tayob officially open the dealership as well as give a few words about the remarkable work Supertech have been doing over the years in KZN. The iconic dealership in Pinetown is Greenstar rated, so not its friendly on the environment as well. With the incorporation of the Motorrad Motorcyle element, the Pinetown dealership boasts an entire floor dedicated to the BMW Bike side of things, which include the bikes, gear and accessories. 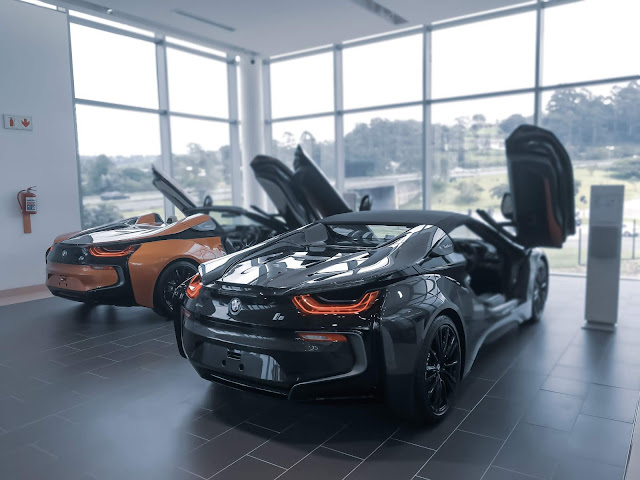 On display that evening were some models which are yet to be officially launched locally so the guests were extremely lucky to see these cars in the metal as well as get inside to up close and personal with them. These models included, the BMW 7 Series LCI, BMW X7 and the BMW 8 Series convertible. The 7 Series LCI and the 8 Series Convertible is currently being launched in Europe and will officially hit our shores later this year, and the mammoth X7 in the third quarter. This was the ideal opportunity for me to get a closer look at these upcoming models from BMW, all of which are in the premium luxury segment of the brand. First up was the M850i Convertible, it's just as striking as it's hard top brother, if not even more attractive without the roof. It's a GT cruiser, powered with a V8 Twin-Turbo, this car looks menacing even while standing still. As much as the brute power thats under the hood on this one, its something I see as a Sunday cruiser, with the roof down, following the beach roads, listening to your favourite music.

Which trying not to get too distracted by the 8 Series Convertible, it was hard not to see the 7 Series LCI lurking in the back ground. This car is everything a true super saloon needs to be and the facelift adds so much more character to the model. The car that was on display was the 750Li which is the long wheel base version of the 7 Series. So already it's size has so much presence, the re sculptured front with the headlamps similar to that of the X7 as well as the massive kidney grilles give the 7 Series LCI and unmistakable look of class and luxury. The sharp lines flow well from front to the back and the massive rims just add more character to the car. In the interior, it's evident that you're sitting in luxury, from the choice of materials used, to the finesse of the stitching on the seats. The amount of padding all over in the 7 Series is indicative to the luxury component of the car and if that isn't enough, with the long wheel base you have the option of having the limousine style rear seat behind the front passenger. Which folds down the front passenger seat, and deploys a foot rest, reclines the rear passenger seat giving the passenger a chance to stretch out and relax, perhaps have a nap too.

Moving on to the X7, the biggest BMW ever built, with the biggest kidney grille on a BMW, it surely doesn't need an introduction because it's hard to miss it. It's the first seven seater offering from the German brand, offering a luxury experience like no other. Following design cues from the 7 Series LCI, the X7 is BMW's answer to the luxury SUV market, offering a car limousine experience for the roads less traveled on. Yes the X7 is an off road capable vehicle and not one for just prowling the streets. The finishes on the X7 interior exude class and refinement shown in the 7 Series, the cabin has loads of space even with the 3rd row of seats up. There are already a few confirmed orders of this behemoth for South Africa and I cannot wait to see them on the roads.

Coming back to the dealership, The showroom floor has almost the entire range of models from 1 to 8 on display as well as some of the X models, the Motorrad showroom has most of the latest models as well as a much sort after BMW HP4 track bike priced at a whopping R1.4 million! It definitely was the star attraction from the bikes on display. Supertech Pinetown also boasts a full service coffee shop with a chef, so even if you want to pop by for a bite while admiring some of the best from BMW's stable, you're more than welcomed too. We at the Bucket would like to wish Shabir and his team at the Supertech all the best for this new dealership and may you continue to prosper in the years to come.