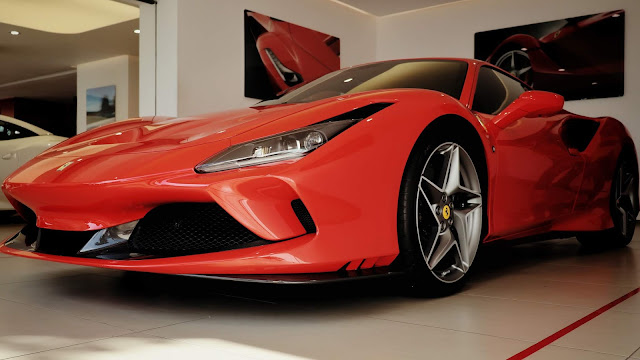 Last week South Africa was introduced to Ferrari's latest iteration of its mid engine V8 Berlinetta, the F8 Tributo. After winning Engine of the year, for 3 years in a row, this 3.9 litre bi-turbo V8 crushed its competition by achieving 429 points in the above 650PS category, beating their own V12 engine from the Superfast by 612 points. Ferrari have always prided themselves as master engine builders but having the cars to suit the engines as well, this engine also featured in the 488GTB, 488 Spider and 599 Pista but tuned differently. 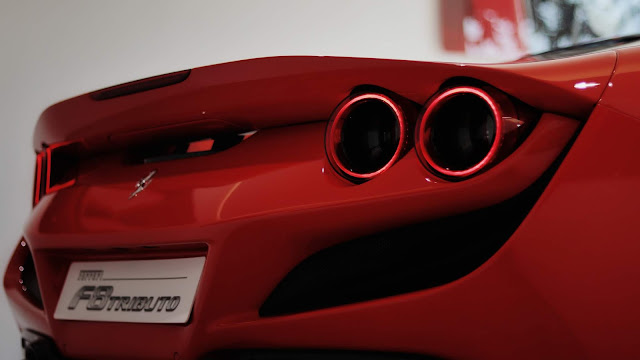 The Tributo pays tribute to this award winning engine and encapsulates everything that is Ferrari in a car. From the design, to the performance, making it the most potent variant to date. It does 0-100km/h in just 2.9 seconds, 0-200km/h in 7.8 seconds and has a top speed of 340km/h.  The car is lighter and faster than the out going 488 GTB, the design which was done by the Ferrari Styling Center emphasizes the companies key characteristics of high performance and extreme aerodynamic efficiency. There is also elements of past Ferrari's in there, like GTB's of old and the engine cover which is similar to that of the F40. The design features a state-of-the-art aerodynamic system which is derived from the companies Formula One team, to minimize drag, maximize down force and make the driver feel one with the car. 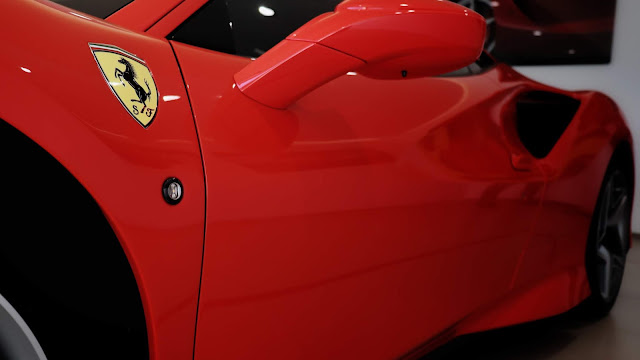 Over the weekend I was lucky enough to get up close and personal with the F8 Tributo at the Durban showroom and was afforded the opportunity to photograph it as well as sit inside and start her up. I was left with goosebumps for the rest of the day. Here are some pictures from the shoot for you to enjoy.
Pictures by @mvrc1988