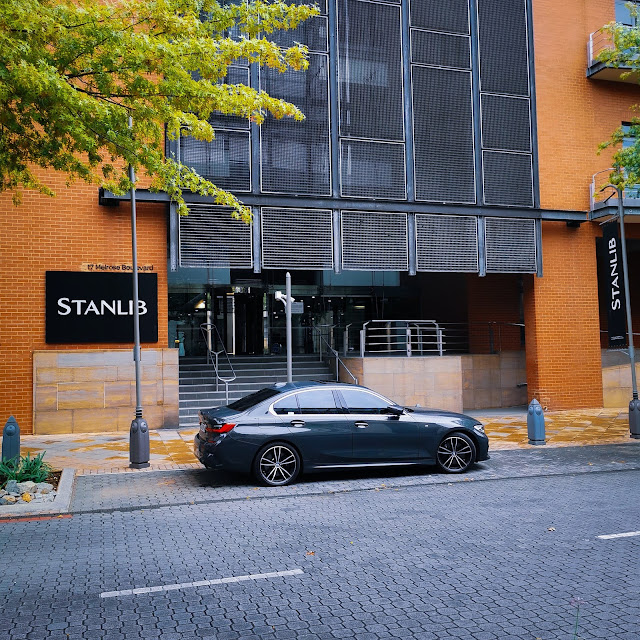 A few weeks back, before the COVID19 pandemic arrived in South Africa, I was in Johannesburg and got the opportunity to sample the latest diesel offering in the BMW G20 line up, the 330d. The 330d has always had a low-key cult following as the then "range topping" diesel diesel engine, I say then because this isn't the last diesel variant for the 3 series with an even meaner M340d on the way. Never the less, I was still equally excited to drive this one, the torque offering on it is mad but with the combined luxury, fuel efficiency you get in a diesel model and level of comfort this could potentially be the recipe for one of the best models in the entire 3 Series line-up. What better place to put it to the test than the hustle and bustle of the Johannesburg highways. 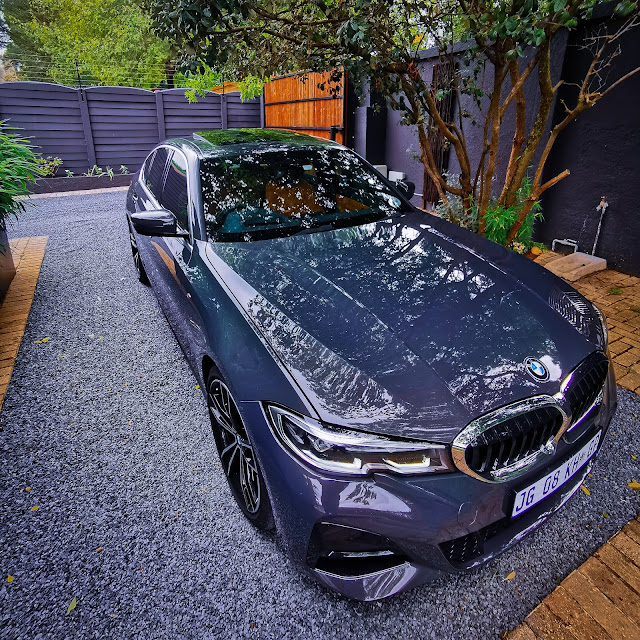 The 330d design remains the same as the rest of the G20 line-up, no added design features like the M340i, those enhancements are saved for the upcoming M340d. The spec I had was damn beautiful if you ask me though, it featured the M Sport package with optional 19" bi-colour rims and the stand our was definitely the colour, Dravit Grey, an optional extra BMW individual paint that is worth every cent. The finish is a dull gloss that just makes the car that more eye catching as you get this matte silhouette drive pass you if you happen to be seeing it go by. There's not much more I can add to the design of the car as I've exhausted all topics about it in my previous reviews but the attention to detail in the G20 model compared to those of the past really blows my mind. Even though the vehicle is mass produced, the quality of the product you getting does not feel like it was part of a molded assembly line, that just churns out the same thing 200 times a day. There definitely feels like there was a lot more human element involved in the building of this car even if there wasn't. 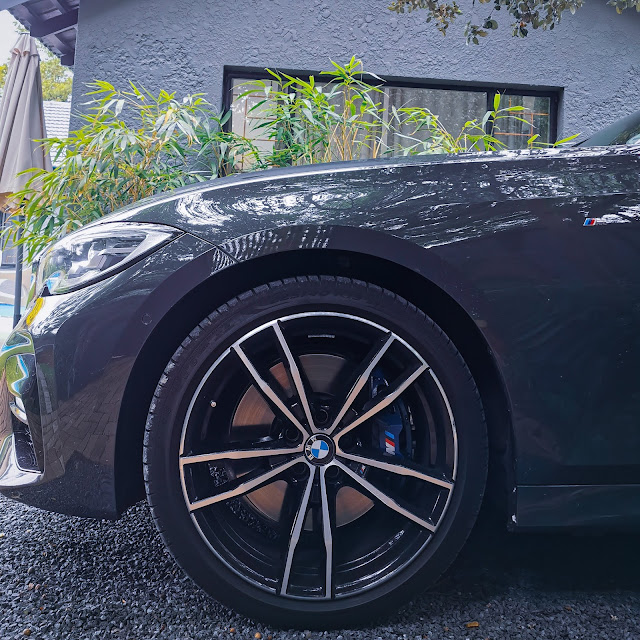 The part where everyone would be interested, how much power does this new engine produce? Well firstly lets get the capacity correct, quite a few people asked me if this is also 2.0L engine like the 330i, no it is not, the 330d still remains a 3.0L twin-power turbo diesel engine as before, it posts 195kW and a staggering 580Nm of torque. The engine is lively and torque happy, getting you from a stand still to 100km/h in just 5.5 seconds! Not bad for a family saloon if you ask me, it picks up speed well with the top speed electronically governed to 250, not like you can achieve that speed here on an open road but the car is solid. BMW claim a fuel efficiency of 5.5L per 100km which would be hard to achieve especially in Johannesburg traffic, but you can average around the 6L per 100km mark which for a 3.0L engine is damn good. Bare in mind when you do get heavy on the foot, so does the fuel consumption but its worth it in the end. 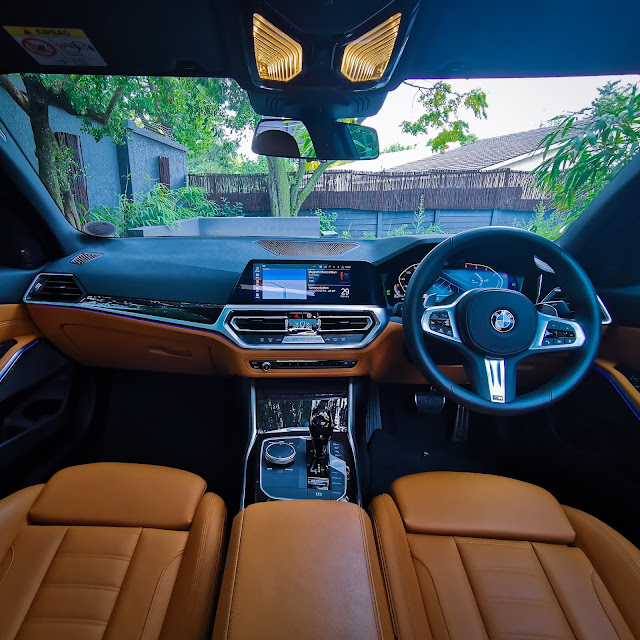 The cabin size of the new 3 Series is generous, heck this trip it was 3 guys, suit cases and a golf bag. All of which fitted into the car without breaking a sweat, some thinking was required into making it work but nothing that took too much time or hurt the brain. The back seats of the BMW feature a 60/40 split to gain entry to the tailgate, dropping the 40 split enabled us to slide the clubs through to the cabin, while still leaving passenger number 3 with 60% of the back seat to sit in comfort. The suitcases fitted in the rest of the 480L luggage capacity. One tiny grip would be that the boot height is a tad bit lower than before, not sure the reason but it's probably for overall design but getting big bulky things into there is not the easiest. Interior spec wise, again, another top drawer effort from the guys at BMW SA, the interior was leather venasca in Cognac, a light brown beige tone which is usually chosen for the luxury package but blended well with the Dravit grey interior. I'm a big fan of brown interiors in general so loved this look in the car. 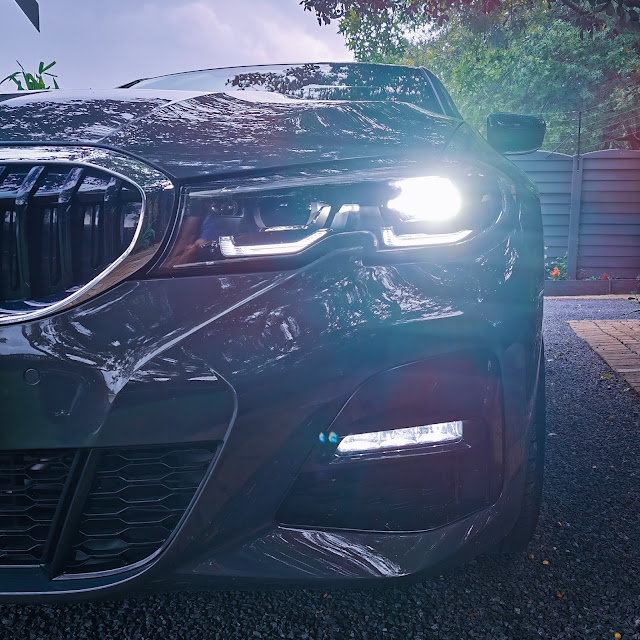 Tech wise it came with all the fancy bells and whistles but I found myself using some of the functions that are exclusive to the new 3 Series a lot more this time around. That reverse assistant, my I didn't realise how handy it would be until I drove a 3 Series, the AirBnB we stayed at had a parking bay at 90 degrees after entering the gate, getting in, pretty easy after making some quick steering maneuvers, because of the size of the car, getting out wasn't as easy. No problem, slap it into reverse select the reverse assistant and it does it for you while you fix your hair or see what from breakfast is still stuck in your teeth, all whilst controlling the speed with the brake pedal. Another feature which has been out for some time now, the self park assist which seems to work even better now without having you drive back and forth with the car trying to get it to recognize an empty bay which it can fit at, it almost does it by itself without you even engaging the function, thus speeding up the process tenfold making sure you get into that bay as quick as possible. 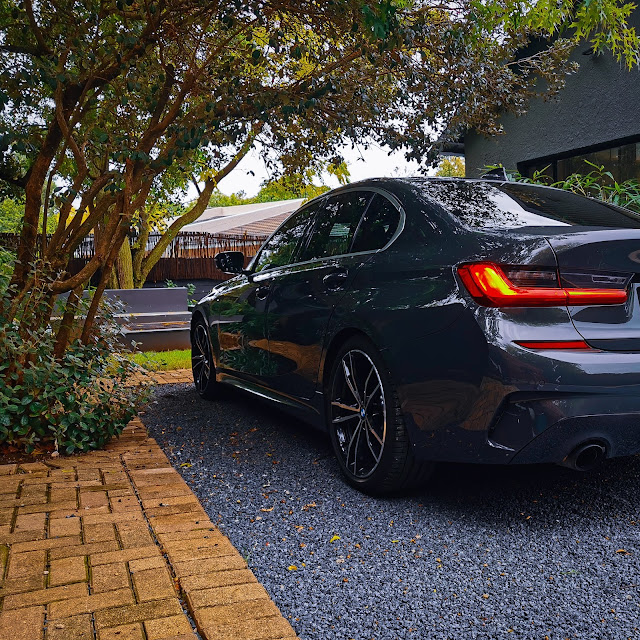 Overall, this has been the fourth variant of BMW's G20 3 Series and one of my favourites by far, why? Well the engine does what it says, a well balance diesel motor that offers you great performance with a decent fuel consumption. On long trips the 330d will be epic, but as I demonstrated driving around town, it wasn't too bad either. People will underestimate the normal guise, but it will keep up with some other serious machinery on the road. If this model performs so well, I cannot imagine how the M340d will be, still remains to be seen if BMW opt to bring that model down but I got a good hunch they will do. The only other model that might persuade me from getting the 330d would be the 330e, the plug-in hybrid model which again no indication of BMW SA bringing it to the country. 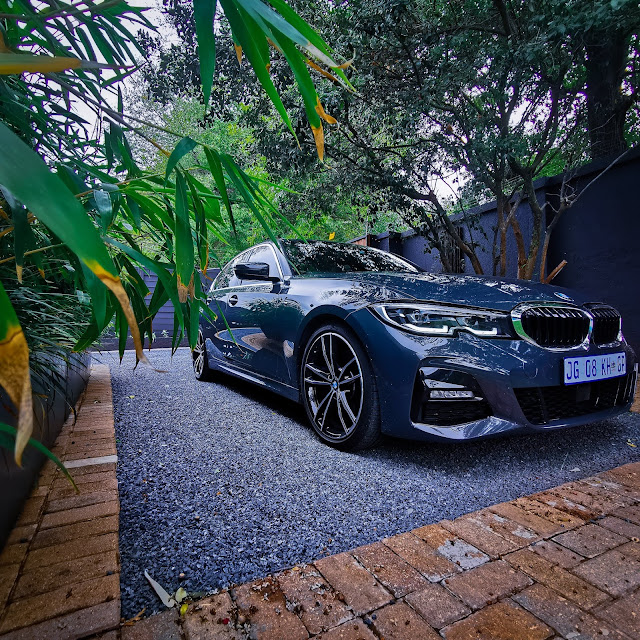