Before the lockdown I got the chance to drive the new Audi Q3 SUV, the original model was the introduction of the medium to small SUV range by Audi to the world and while sales were pretty good, I felt it just lacked in comparison to the bigger Q5 and Q7 on offer. While I understand the others are more of a premium offering, the Q3 just felt a bit lacking in many areas, especially the luxury and choice of materials in the cabin, the design on the original wasn't the best as well, fast forward to this new model and its a whole new ball game. Audi really stepped up the new Q3 to the level when it's ready to take on it's competitors and in many cases trump them. The Q3 goes up against the likes of the Mercedes GLA and BMW's X2 and from what I've seen in Audi, those other two got some trouble on their hands because this new Q3 didn't come to make up the numbers, its here to claim titles of the best in the segment. 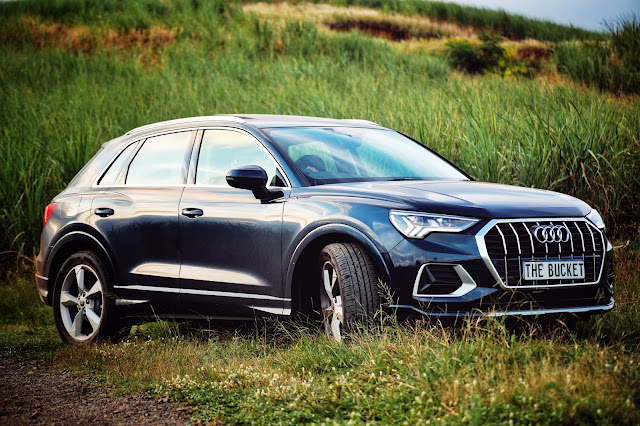 Normally with new model changes, you don't expect drastic changes to overall shape of the car, well Audi did drastically change the shape of the new Q3 compared to the old model. Out went the bubble like chassis, a new sleek, longitudinal body line with a lower but still high enough ride height to classify it as an SUV or All-Road vehicle. With the new Audi design language coming through strong, the new revised headlights with the extended edges accompanied with those striking MAtric LED lines are very prominent. The new grille with badge well pronounced forms part of the beautifully sculptured front fascia that has you staring at it a bit longer than what you would normally do when looking at a car. While the Audi Q3 is offered in some stunning colours like Ibis White and Pusle Orange, the colour I had was Cosmos Blue Metallic in the Advanced trim, a much more 'grown up' colour if you may call it, one that shows off the car as a luxury and elegant model, something that can fit in well in the family and corporate mold.  The side profile on the Q3 shows of the long nature of the vehicle, this has to do with the reduced height as the car still remains very compact. Moving onto the rear, that Matrix LED light system is carried through on the rear lights, tying in with the boot lid, giving it that seamless transition. The brushed aluminium inserts around the car also add's character to the package on this trim. 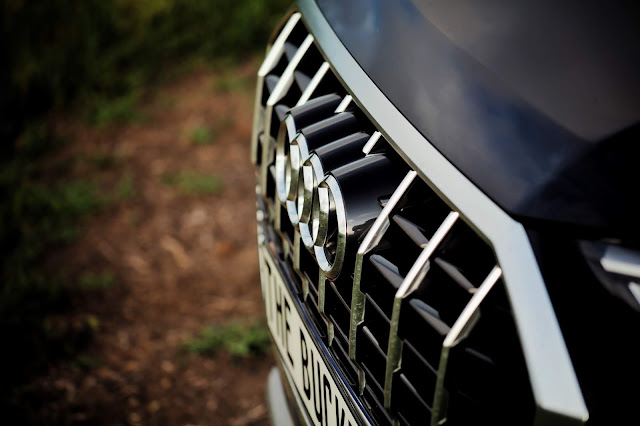 The Q3 is only offered in one engine for now, that is the 35 TFSI, with a choice of S Tronic, Advanced S Tronic or the S Line S tronic. All engines push the same figures deriving 110kW and 250Nm of toque for the 1.4L Turbo Petrol engine. The engine is much more lively in this car compared to the Audi A1 I had on test, it carries the larger body of the Q3 well, with almost zero lag regardless of what driving mode you have it on. It even has an off-road driving mode, which as you can see in the intro video at the top of the page helped stiffen the suspension and increased grip on the gravel terrain. Daily driving, the Q3 feels at home on any type of trip, be it highway driving or urban driving. Like any car the longer journeys do get the better fuel results but what I found surprising with the Q3 is the size of its fuel tank which is 60L, that is quite large for a car of this nature so obviously that means longer trips without filling up often. 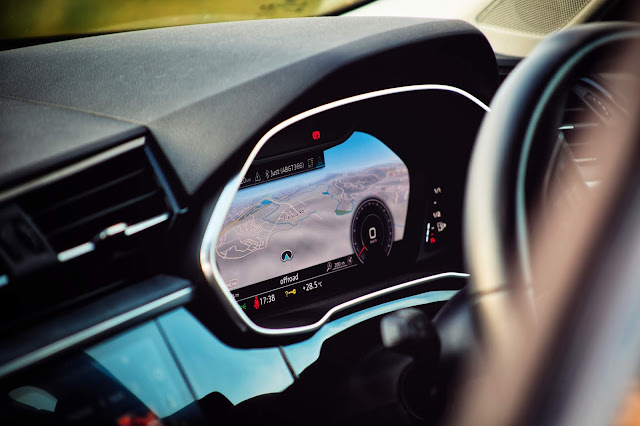 I don't think I can fault the comfort level in this car, the new interior design of the Audi's is stunning. I first got to experience it in the Q8 and this car is very much a smaller version of the Q8 on the inside. Audi's large 10.25" interactive infotainment screen is the main focal point of the cabin, with the new MMI user interface which is so much better than, not only the older one but other manufacturers as well. The virtual cockpit instrument cluster is an optional extra but I feel like you would doing yourself a disservice if you don't get it.  The options of displays on their surpasses most of the heads up displays offered on other brands. Other tech highlights on the Q3 includes the likes of the Apple Car Play and Android Auto plug and play connectivity. Though for some odd reason my phone kept getting really hot when using this, could be a problem on my device and not from the car. There is a wireless charging mat which is handy but defeats the purpose if you using those car applications as you need to have your device plugged in via USB to access them so that already will be charging your phone. The Q3 also had a panoramic sunroof, something I feel should be standard in SUV's, and this is coming from a guy that does not like sunroofs, but the natural light coming into the cabin from it is just blissful when driving. The seats are ultra comfy, great quality of leather. The rest of the interior trim which you have quite a few textures to choose from in the catalog was awesome.  Loads of safety features including hill descent control. 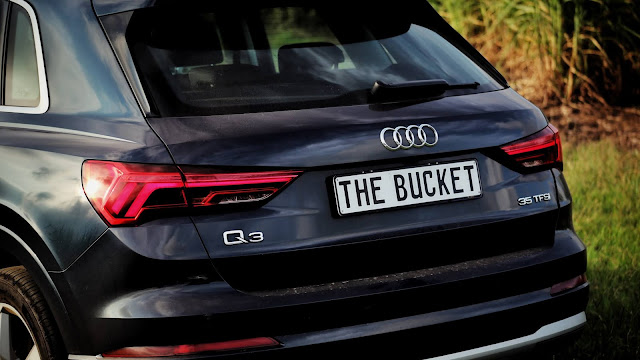 The new Q3 really is leaps and miles ahead of its predecessor in all aspects, looks, performance and comfort. The standard offerings is already great but there are some really great options to chose from. Some might need more consideration than others but never the less they do add up. This car in particular had over a hundred thousand Rand worth of extras, you could buy a whole new car with the amount of extras that this model had, I mean that is quite a bit for a small to medium SUV but at the same time, if you want your car to have the same kind of toys the big boys have, they will come at a premium. That brings me to the pricing point for the new Q3, look at that price tag and you will be thinking, damn that is a lot, especially for a 1.4L SUV, I know I did the same thing, then go back to the beginning of this post and read what you're getting in it and it makes sense. Also you have to understand with market conditions and exchange rates, manufacturers are trying their best to keep the prices as low as possible for our market. It's really stepped up its game and honestly a damn good offering from the brand. I'm absolutely loving what they're doing and I cannot wait for the introduction of the Q3 Sportback later this year as well as the RSQ3 performance version. 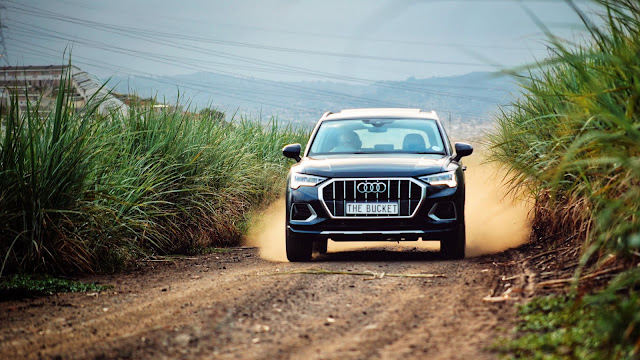