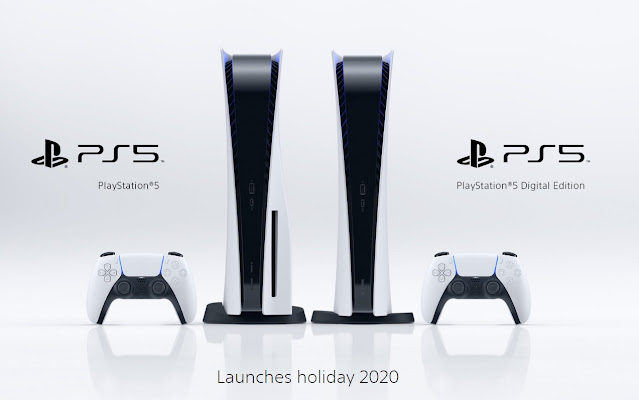 Last night saw the global reveal of the Sony Playstation 5, millions tuned into their live stream to see what the 5th generation of one of the world's most popular gaming consoles had to offer with the official launch later this year. They were not disappointed as we were first shown a collection of games that are due to launch with the console later this year with the return of some classics like Ratchet and Crank, the 7 installment of the worlds most challenging and popular racing simulator Grand Turismo as well as the ever popular first person shooter series Hitman. Graphics and processing power is key to Sony's development of the PS5 and its something this model does not lack boasting 10.28 teraflops of graphics processing power, which is delivered by a AMD RDNA 2 GPU. It clocks 36 compute units at 2.23Ghz which translates to ultra smooth graphics at the highest display output.  The PS5 has 16GB of GDDR6 RAM with a 825GB SSD which Sony say will offer super-fast loading times. The PS5 will launch in two variants, the normal PS5 and the Digital Edition, with the former being offered without a Blue-Ray disc drive and support digital downloads only. It was a wise move by Sony seeing that physical discs are getting obsolete and with the many sales on their online store it made more sense for users to download games instead of buying them on disc. Whether there will be a substantial price difference between the two remains to be seen. Guesses are still out there in-terms of pricing but many are saying around the $500 mark, so you have more than enough time to start saving for arguably the best Christmas present this year.