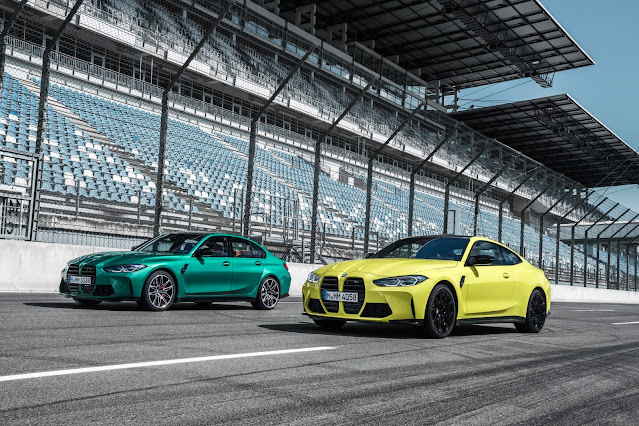 It's probably the most talked about car/s this year, and for one particular reason which has nothing to do with the overall performance of the car...its about the grille. From spy shots early on, most of the internet came to terms that the new M3 sedan will be featuring the same front end as its two-door partner in crime, the M4, that meant having the large, elongated grille. This news didn't go down well with majority of the fan-boys online though, in fact many of them kicked up a fuss and said how it's ruined the new cars for them, so much so they won't be buying one (whether or not they had the financial means to do so in the first place is up for question). In any case, BMW stuck to their guns and with the official reveal of both cars this morning, it's confirmed, both the G80 M3 Sedan and the G82 M4 Coupe sport the new elongated grille with extends from the top of the bonnet right down to the bottom of the front diffuser and you know what? I think it looks great! Even though I would have liked the M3 to have still sported the original 3 Series front, I don't think its that bad for it to having the same front as the M4, it makes the car easier to differentiate from a normal 3 Series sedan and also has custom shops scratching their heads on kits to transform normal 3 Series sedans into ones that look like an M3. 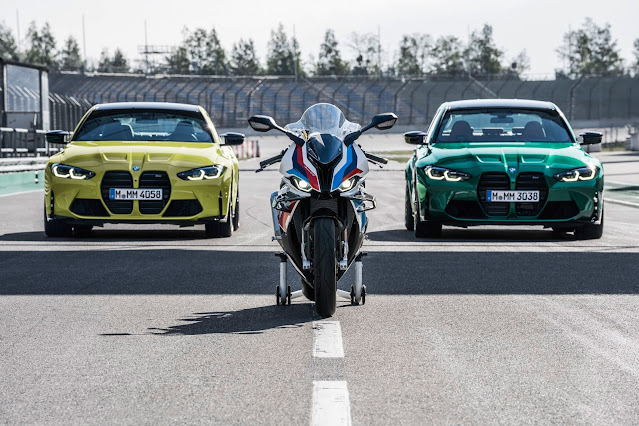 I don't want to get into the font end too much because the rest of the car looks great too, with added lines and creases, including a vent just behind the front wheel arch, featuring the M badge of the respective model. The wheel arches are accentuated more stronger than the normal 3 Sedan as well as the rear diffuser, with a blacked our bottom where the four tail pipes are, the rear lights are also tinted in back to give it a sportier look. The roof of both cars come standard with CFRP with two fins running longitudinally along it, obviously to help in aero. The cars have racing inspired extended side sills in high-gloss black and have forged M light-ally wheels, 19" at the front and 20" at the rear axle. On the inside, its very similar to the current G80 interior but with a host of M inspired interior textures and trims to choose from, with optional interior trims in carbon fibre to make the car look more racer ready. There's even the option to choose M Carbon bucket seats with structure-based design, racing functionality and full electric adjustment, with an illuminate M badge integrated to the head restraints. From the looks of things, there are loads of ways for each owner to personalise their car, with so many options available, this is bound to be a unique experience for anyone. 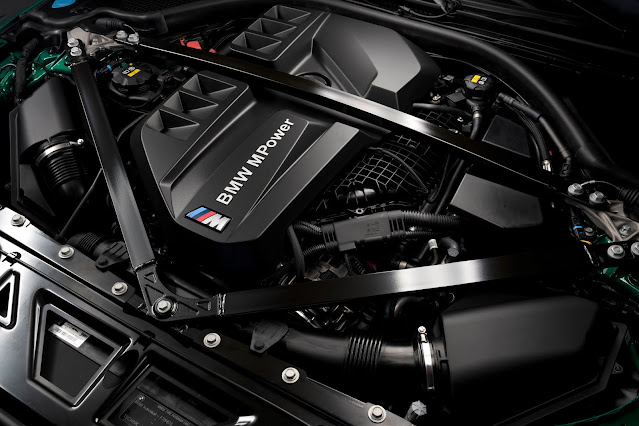 Lets get down to the business end of things for these new cars now, the heart that powers it. BMW SA have confirmed that we will only be getting the Competition models of the cars, both the M3 and M4 Competition will be power by a six-cylinder in-line motor with signature high revving style which produces 375kW and 650Nm of torque. That is mammoth figures for both cars which translates to a 0 to 100km/h time of just 3.9 seconds! Extra variety in the powertrain offering gives one an authentic performance experience in the new BMW M3 and M4 Competition, with them having an eight-speed M Steptronic transmission and both car offered with M xDrive all-wheel-drive system for the first time. Dynamic Stability Control including M Dybamic Mode and for the first time, integrated wheel slip limitation and M Traction control adjustable through ten stages. The M3 and M4 will come with the BMW live cockpit professional digital display, which displays powertrain and chassis settings which can be individually configured. It also has the M Drive Professional which includes drift analyser. 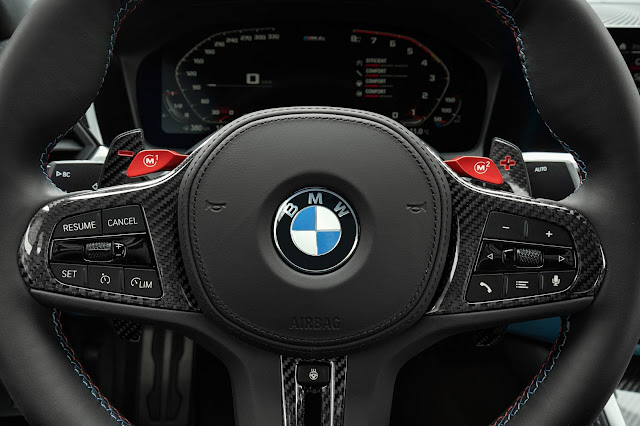 Both cars will be launched in the country, next year March with official pricing still be announced but if we would have to have a guess, I'd say bank around the R1,8 million for either of them. Adding the optional extras could easily see that price hike over the R2 million mark.