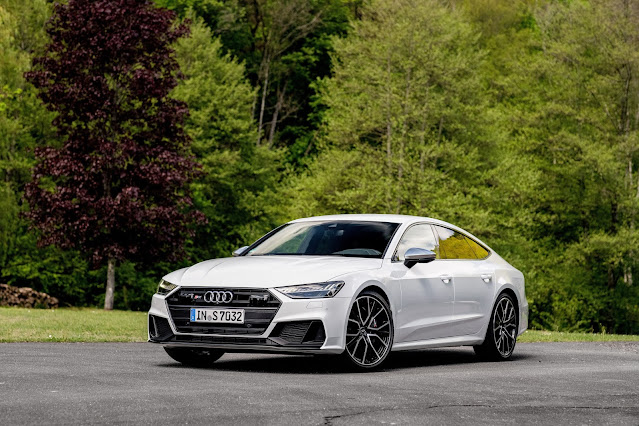 When the "Sportback" was first introduced, it had a lot of people confused as to what type of car it actually is and what purpose would it serve in the market. Soon it became apparent that it was the luxury coupe sedan that everyone wanted and was rather sort after. Audi was the first to start this trend and to this day remains one of the best at making them, the A7 when it was first brought into production was a thing of beauty, a sublime creation that fitted between the medium luxury sedan the A6 and the large A8 but it brought with it, its own sporty character, one that drew a select few and charmed many as they saw it in the metal. While the rood swooped like a Coupe, the four doors and large hatchback style tailgate made the car practical for almost any type of commute. Things like frameless doors enhanced the cars elegance and gave the model a unique platform to stand on in the market. Fast-forward to present times and with the launch of the new A7 earlier this year, Audi has decided to bring the Sports version of it to the country, the S7. 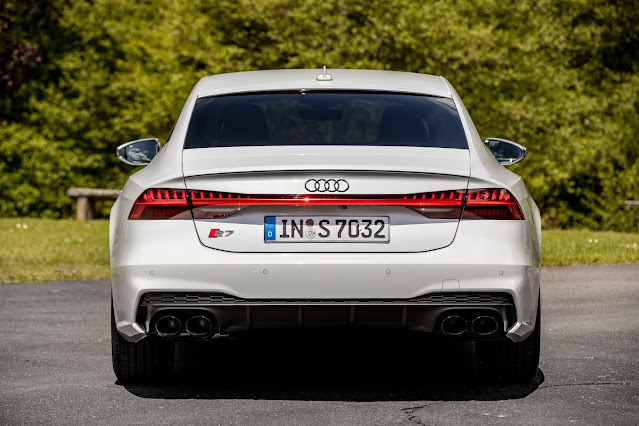 While many wait in anticipation for the beast RS7 which is due to touch down on local soil sometime next year, this S7 derivative serves as a nice middle ground for those who are looking for elegance but don't mind the sportiness of Vorsprung Durch Technik every now and then. Audi say the four-door coupe embodies progressiveness in design and technology, while having a sporty look and sophisticated pedigree. The heart of the beast is a 3.0 TFSI engine which produces 331kW and 600Nm of torque, the power of delivery is matched by efficiency with the transmission controlled via a tip-tronic gearbox that understands the engines limits and gives optimal performance in every drive. The model also makes use of MHEV technology, mild-hybrid for those who don't understand the acronyms, this system has a 48-vold MEHV with a belt alternator start and lithium-ion battery with a capacity of 10 Ah house in the vehicle floor beneath the luggage compartment. This assists the car at low speeds, lowering the fuel consumption to up to 0.4 -litres in real driving conditions and can coast for up to 50 seconds without the combustion engine. Top speed of the S7 is electronically limited to 250 km/h with 0-100km/h time of 4.6 seconds. 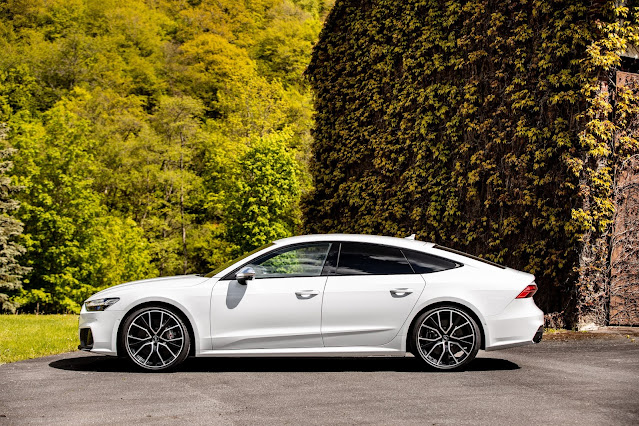 Like all of the new Audi's, the S7 is packed with technology, with an extended range of standard equipment to enhance the interior comfort. This includes the Audi virtual cockpit with 12.3-inch display, MMI navigation plus, four-zone automatic air conditioning. HD touch displays with haptic feedback, contour ambient lighting with up to 30 colours, Audi phone box and smartphone interface, Bang and Olufsen premium sound system with 3D sound and panoramic glass sunroof as well as Audi Connect. The interior is decked out in Audi's finest as you can expect, with the S Sport seats having the embossed S logo in them. There's a host of textures and trims for the individual to chose from. 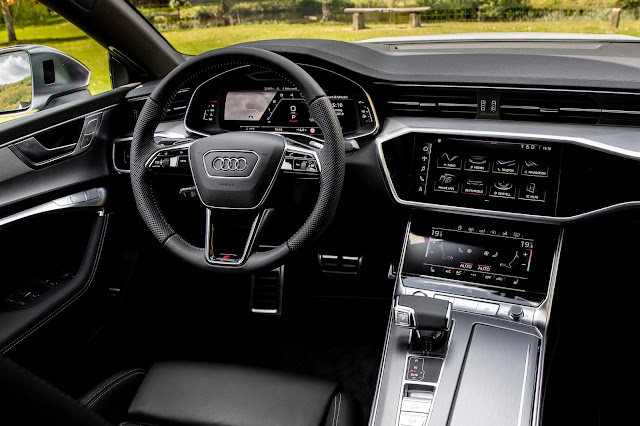 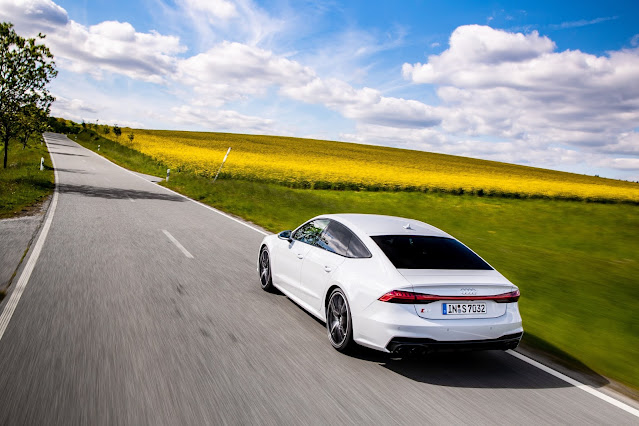