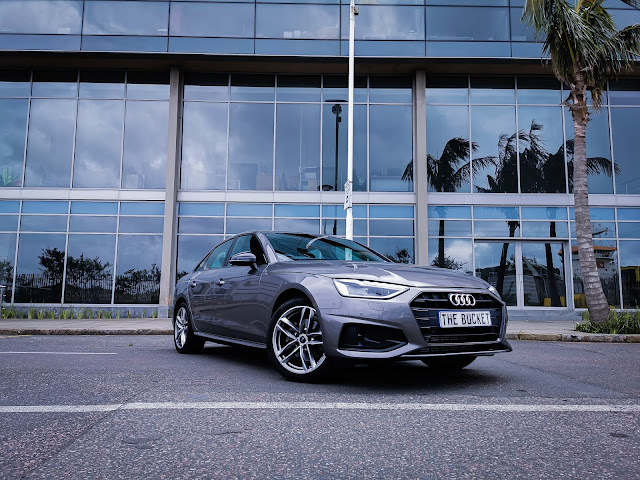 We live in a connected world, with information available at our finger tips thanks to cellular technology, with the addition of 5G communication networks, this information can be accessed even faster from our phones. It's the one device that majority of the population cannot do without, and with good reason to as you can pretty much run a business from one of them, with the phones we use, they learn from us to adapt to their user, they learn where we go, what we watch, what we eat and what we like now what if this same technology was used in the cars we drive? Well, the guys at Audi have been thinking this to and with that have released Audi Connect, it was first introduced in the new A4 which I had the pleasure of spending the festive season with, getting used to not only the car but all the cool new features that it has thanks to Audi Connect. This technology will be rolled out in future models in their range this year but they decided to launch it in the revised A4 sedan which see's a few changes apart from the new 10.1" infotainment touch screen. 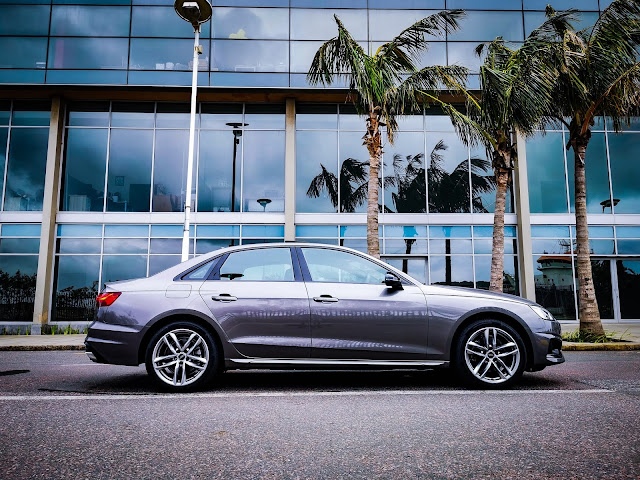 DESIGN
Spending a month with a car rather than a week really helps you appreciate things that you would normally overlook. While many will see this face-lift A4 and say that just the lights are different which is the noticeable difference yes  but there are subtle elements in the design that have enhanced the look of the new A4. The model I had was finished in Terra Grey Metallic, giving it that bronze sheen in the sun but that cool grey look in the shade. With the headlights now conforming to the new design language featuring the sectional L shaped LED running along the top of the unit, the grille has been expanded slightly with a clear visible gap between the bonnet opening and the grille. The fog lamp duct has been enlarged with a more angular design giving the car a sporty, bulk look to the front end that adds to the aggressive look. New 18" cast alloy wheels boosts the cars elegance as you look at the side profile, also the lines tie up well with the new lights which give the design that continuous flow from whichever angle you look at it. Moving to the rear, the reconfiguration of the rear bumper with the reflectors now running parallel to the rear lights as well as a more bulky diffuser setup which enhances the huge exhaust frames which are finished in chrome. The car really does look regal and elegant whether on the move or standing still. 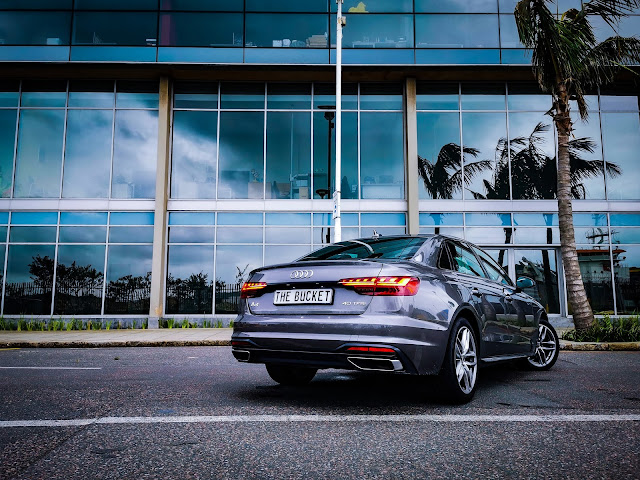 PERFORMANCE
I think its been enough time since Audi have changed their naming configuration of their engines as even I am now tired of explaining it to people. The 40 TFSI is powered by a 2.0-litre motor which generates 140kW of power and 320Nm of torque. The engine is fused to a 7-speed S tronic gearbox which has paddle shift should the need arise to switch over into manual mode. While this engine performance figures isn't anything to write home about but it does what it is meant to do and with sublime pleasure. The A4 is a family sedan and built for cruising, long distances as well as the everyday commute. The car manages to give you an enjoyable ride day in and day out, also having to spend a longer time with it, got me to appreciate how well it manages fuel, with me only having to fill the car up three times and doing over 2000km with it. Audi's claimed combined consumption is 6.3l per 100km and if given a proper run in, it is very much achievable with this car. Driving long distances with the A4 was nothing short of a pleasure, having done a few trips in excess of 300km with the car, it makes you want to drive more and doesn't give you that feeling of fatigue you normally would associate with long drives. 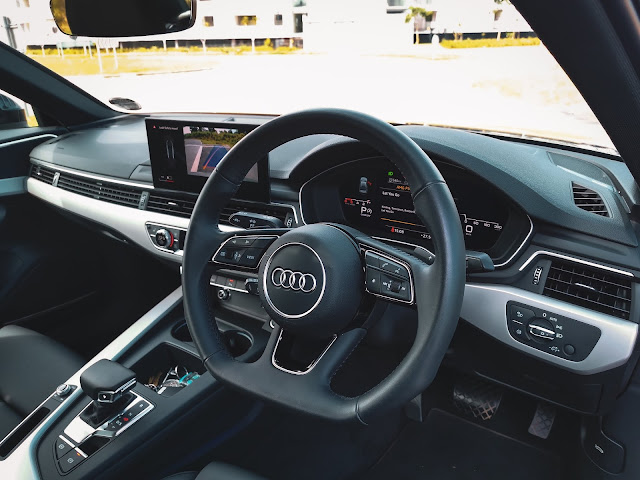 COMFORT
To continue from my last point, a lot of that has to do with the level of comfort in the car, Audi have done a brilliant job on the suspension which elevates the ride quality in the cabin for both driver and passengers. The car did come with the comfort package which is a R20,200 extra but includes electric front seats, seat heaters for driver and front passenger, review camera and storage package which includes handy nets in the boot to keep things from rolling around. The car also had Audi's Sport package which included the much loved flat-bottomed multifunction leather steering wheel. The seats themselves were finished off in leather and extremely comfortable. Dual zone climate control for front driver and passenger as well as ducts for the rear passengers ensured the cabin was comfortable for all. The car also came with the upgraded sound option of the Bang & Olufsen Premium package with 3D sound, glass sunroof. 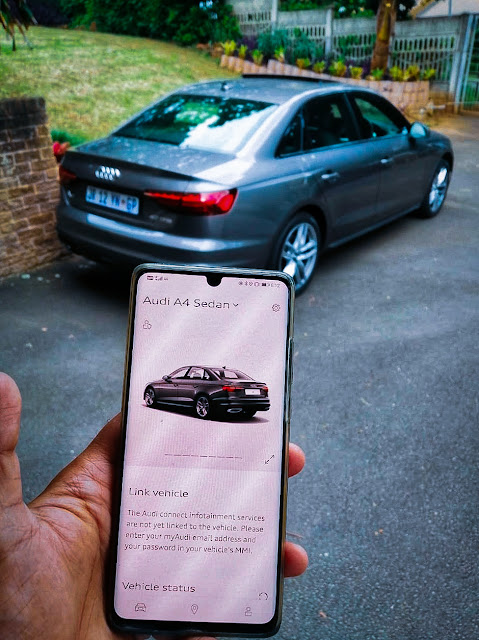 AUDI CONNECT
So what's the big deal with Audi Connect you may ask? Well as I said at the start, there is a need for us to be more connected in this modern lifestyle, Audi Connect is an innovative connected car technology that provides you with a range of features to help keep you and your Audi Connected, wherever you are. With the aid of the myAudi mobile app which links specifically to your car by means of your driver ID and a code which comes with the car, the app gives you real time vehicle status report, which includes info like whether the car is locked, if anything is left open such as sunroof or doors, fuel level, last service and even gives you the option to unlock or lock the car via the app. It also includes a host of security features such as theft alarm notifications which will come through to the phone should there be a break in or attempt at one, a valet alert should the car venture out of the specific radius that you set it, or if someone else is driving your car, you can set up Geofencing which alerts you when the car is going into areas where you specified it not to be driven and also speed alert should the person driving exceeds the speed you set on the app, all of this done in real time and sends notifications to you immediately via the car which has a built-in sim card which Audi will give buyers the first year free. 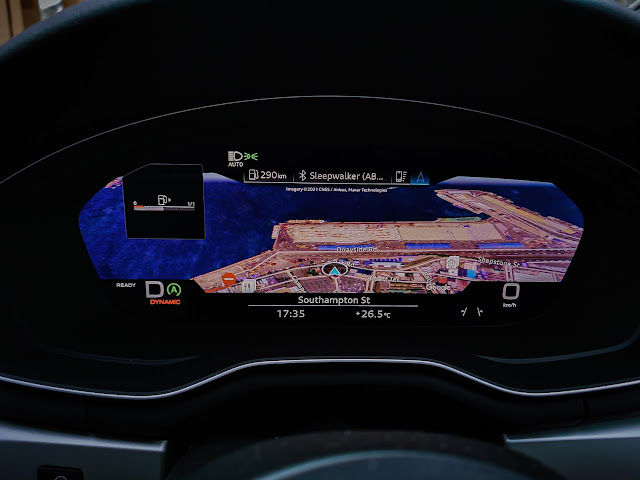 Safety is a major factor as well so the Connect system also has Audi incident assist which activates should there be a collision, with a menu option popping up on the MMI interface giving you the option to call for emergency assistance or roadside assistance. Emergency all, automatically connects to the Audi Emergency Call Center in the event of a major collision, the car will feed the location, direction it was heading in and the number of passengers to the call center.  With the large infotainment screen, it now features the new MMI 2 menu configuration, the navigation is upgraded with Audi Connect to give you live traffic information, alerting you to possible delays and alternative routes should there be an issue on your preferred way. It also gives you the option to view a satellite image instead of the 2D maps, that way letting you see points of interests and landmarks much easier. Another handy feature is a live weather report, which can give you the forecast for the next days based on your location. Overall its a step in the right direction by Audi to bring their cars up to speed and making use of the technology available in making ones driving experience all that much more better. 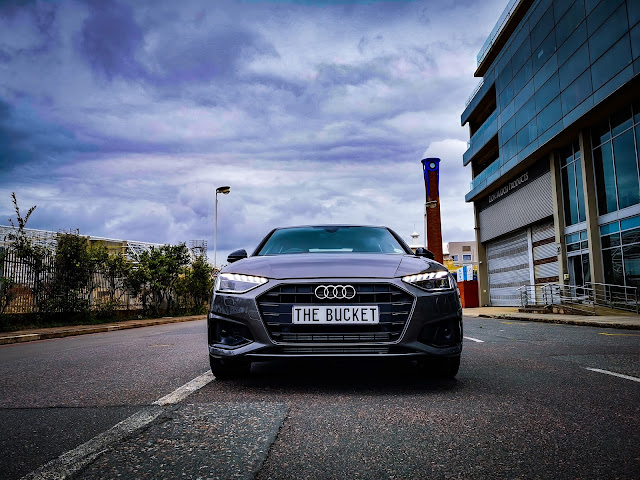 VERDICT
It's difficult to fault a car that does everything just about right, the practicality aspect of car like the A4 will forever be needed in the market which is why I have confidence in it surviving the ongoing trend to shift to SUV's. While this car is more molded to family, there's enough in this package to make it great for leisure and business as well. The refinement of the model year on year by the brand just shows the commitment Audi has in bettering their product offering, while changes come in quickly, they're ensuring that the customer doesn't have to wait an extended period to get something that they have now. Which is why launching Audi Connect now, on a face-lift was so significant, it really is a great offering and one I would personally get if I were in the market for a car of this nature. 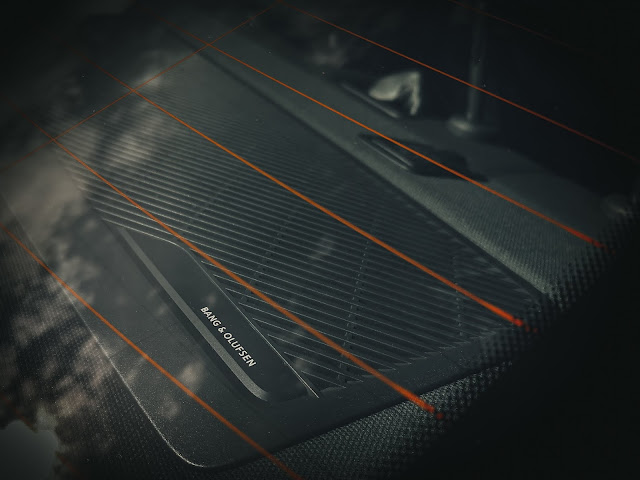