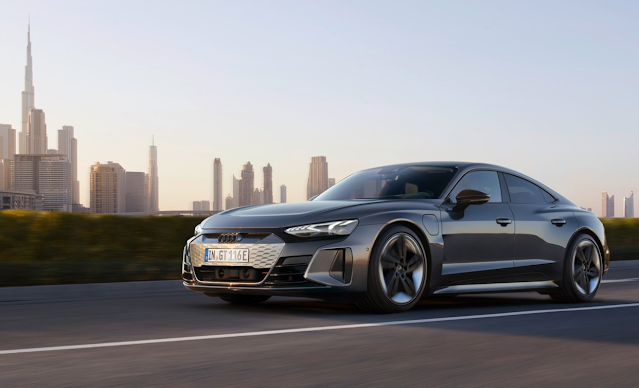 This week saw Audi lift the covers over their e-tron GT and RS e-tron Quattro, the second fully electric offering from the e-tron badge, a vehicle which combines future-orientated technologies with the premium standards of Audi. The e-tron GT is built in the Bollinger Hofe, becomes the symbol of tomorrows electric premium performance and just judging by its looks and the reaction world-over, its already becoming a hit with enthusiast, with many tipping this model to be a rival to Porsche's Tycan. 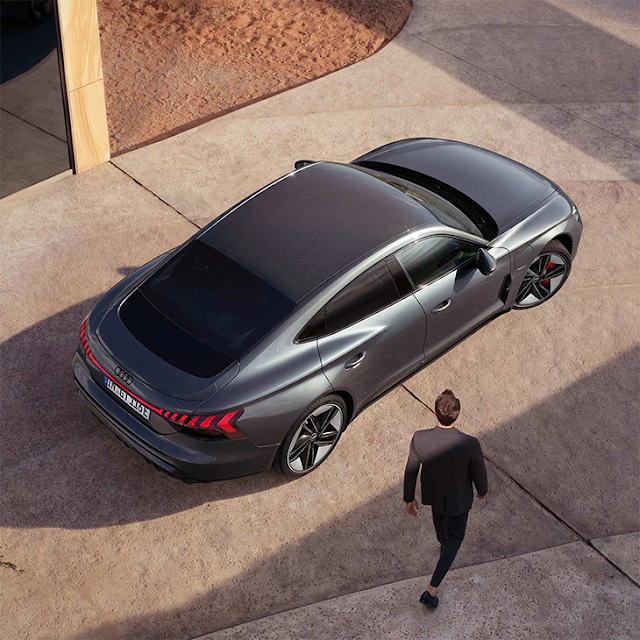 The Audi e-tron GT encapsulates Audi's catch phrase being, "vorsprung durch technik", which loosely translates to "progress through technology" and with this new offering they've done just that. The Audi e-tron GT has an electric motor which produces 350kW and 630Nm for the GT and 440kW/ 830Nm for the RS Quattro. The car is powered by a 93kWh battery but only 85kWh is used, when launched control is engaged, both models power is increased to 390kW and 476kW respectively, this increase in power lasts for a maximum of 2.5 seconds which boosts the 0-100km /h time to 3.3 seconds for the RS and 4.1 seconds for the GT. 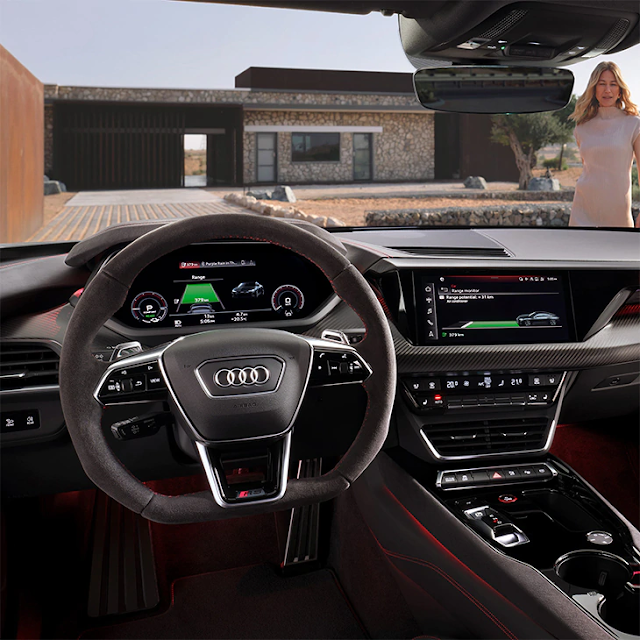 While the overall design of the GT is quite unique, much of similarities from current models and the concept are present. The long sportback styling is quite something to look at but also has a specific design to minimize drag which in-turn prolongs battery life and with the specially designed light weight rims not only enhances the appeal of this car but also has factors to minimize drag and help with efficiency. The headlights adopt the matrix LED system with laser light technology which will be available on both models. The grille is an integral part in car design but with it being pure electric there is no need for a radiator but Audi have still given the e-tron a lovely fascia which compliments the number plate holder. Air-intakes for the brakes are prominent in the front with wide angular openings and adds to the aggressive look to the car. Around the back see's a big change from the norm with a sleek solid rear lighting which also adopts the matrix LED lighting and has unique display sequence when locking and unlocking the car. 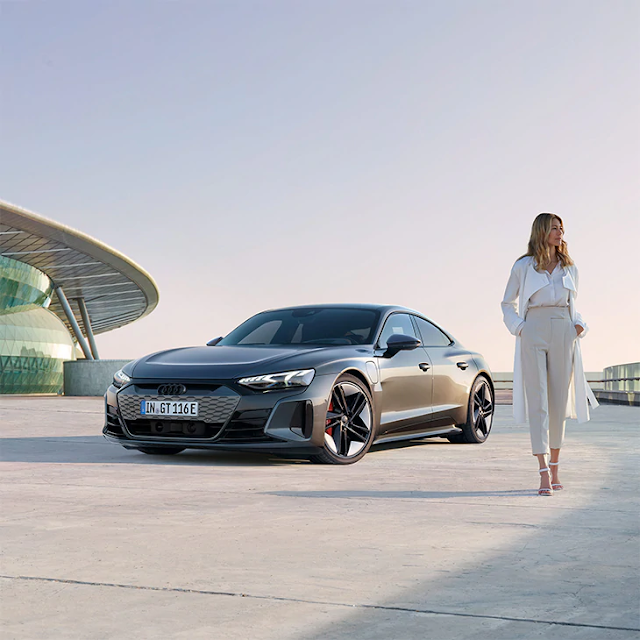 While the Audi e-Tron GT is planned to launch globally next year, Audi SA are still in consideration of bringing this model to our market just yet. We will give any update on this as soon as we know.
Posted by Amith at 1:36 PM