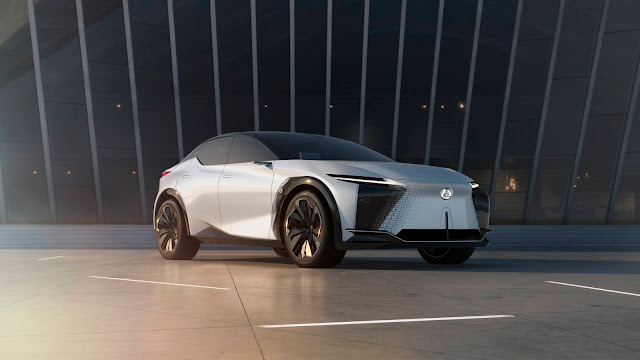 There's no doubt, the end of the fuel powered combustion engine is numbered, with a number of brands already announcing their switch to electric, with some even putting down markers on when their entire line-up will be completely electric. Bold? Yes but not surprising, we've always been dabbling with the technology and in all honestly its been too long to adapt to it. When new comers like Tesla can come in and blow the industry doors wide open with affordable, long lasting EV's, what was stopping other major manufacturers? Problem is, they were too fixated with the process they were in that not much was poured into alternative energy vehicles. 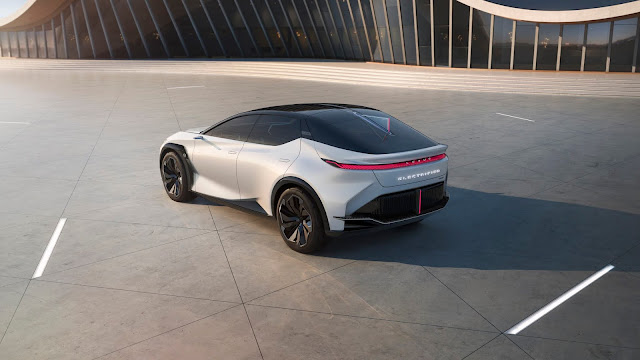 While we got hybrids and other forms of cars from various brands, there wasn't much on offer in terms of giving the end user a variety of pure EV cars to drive. At one stage a certain manufacturer was engrossed in hydrogen fuel cell cars as they were convinced it was the future, that didn't end very well for them as we now know but one brand that took a long time to come to the party was Lexus, with them announcing the LF-Z  Electrified concept yesterday, I was rather disappointed with them for taking so long but then I remembered, with Lexus, nothing is ever a rushed job. They pour in man hours perfecting products before they show the world. Case-in-point the LFA, which took over 10 years to make but my God, they've left us with a car that will be remembered for decades to come, so it could be the same with their swap over to Electric. 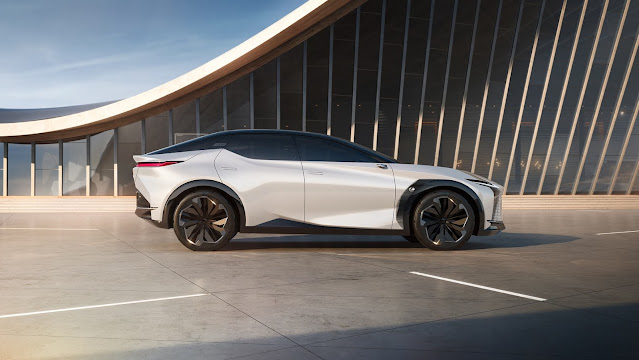 While we all know the efficiency of batteries is a major talking point with only a few brands getting it right so far, Tesla being up there and with many other manufacturers borrowing their footprint can achieve the same sort of range for their vehicles from it. Lexus however have made their own battery for the LF-Z which uses a dedicated BEV platform that has an advanced lithium-ion battery which has a maximum cruise range of 600km on a single charge. Power output from the electric motor equates to 400kW and 700Nm of torque with a 0-100km/h time of just 3.0 seconds. Mighty impressive but then again we all know how quick pure electric cars are. The impressive state for me is the range on single charge and with Lexus having able to achieve this now, it can only spell good things from future BEV (Battery Electric Vehicles) from them. The LF-Z has a new four-wheel drive control technology known as DIRECT4, it uses instant responsiveness of the motors driving force to individually control each wheel for superior and highly flexible driving performance. 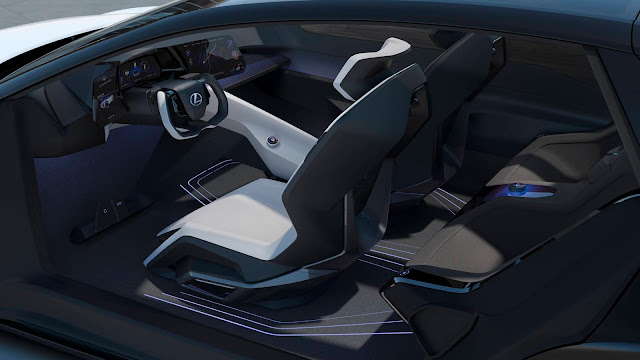 The LF-Z looks stunning, while only a concept, the study model suggests the evolutionary direction of the Lexus styling, which aims for a simple and captivating shape. With sharp lines and acute angles, not to mention all the familiar creases and folds we've come to expect from Lexus design, the car certainly looks the part. Also with Lexus, we've come to expect what we've seen in concept to be very close to the production model, which I am hoping for this as well. The interior is nothing less that what we expected from Lexus, it is equipped with a Tazuna cockpit and features an open minimalist design. It embodies an elevated level of the human-centered Lexus approach, an ethos that has been a foundation of the Lexus brand since 1989.

The car is obviously in concept form and no word on when we can see a production ready model but hopefully it won't take another 10 years.