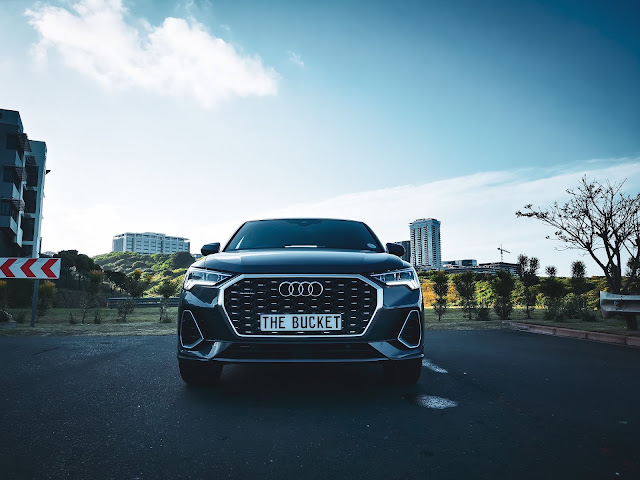 Audi's Q3 has been one of those vehicles that just seemed to be there, I mean it serves a purpose in the segment as a compact SUV but in essence it is a "soccer moms van". Perfect for school rounds and the odd weekend away but it lacked that cool aspect to it, while the new shape and interior has helped it in leaps and bounds, especially with their new design language and the matrix LED lights giving the car that much more character it needed something more. Luckily the designers at Audi felt the same and decided to make a coupe derivative of the Q3, aptly named the Q3 Sportback which features a sleeker design with a sloped roof line that gives it that coupe like shape and makes it look like a baby Q8. I spent some time with this new SUV crossover from the German manufacturer and here are my thoughts on it. 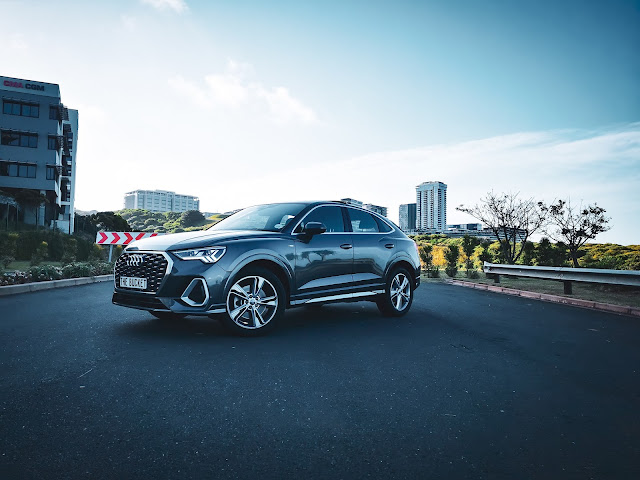 DESIGN
While the overall shape still remains pretty similar to the standard Q3, the Sportback's sleek roof line really morphs the vehicle into something more sportier and attractive to look at. It has presence and it feels like its ready to hit the road. The front end remains very much the same with big pronounced grille and new headlamps. The massive change comes from the roof with a lower line and it tapers off ever so slightly as you get to the rear where the gradient increases towards the boot lid. They obviously couldn't angle it that much since it would compromise the head room for the rear passengers but when looking at its side profile it does look great and symmetrical. The designers did try to enhance the gradient with the chrome work around the windows give that coupe like line. The rear end is also beefed up with a wider stance at the wheel arches. Moving to the rear, the LED headlamps follow the same style as the normal Q3 but blends well with the more slanted boot lid and the design of the rear difusser really accentuates the sporty look with a brushed aluminum tailgate border. This Q3 Sportback I had did come with the S-Line kit which I think is a must for this variant as it just adds that much more in terms of looks and stance to the car. 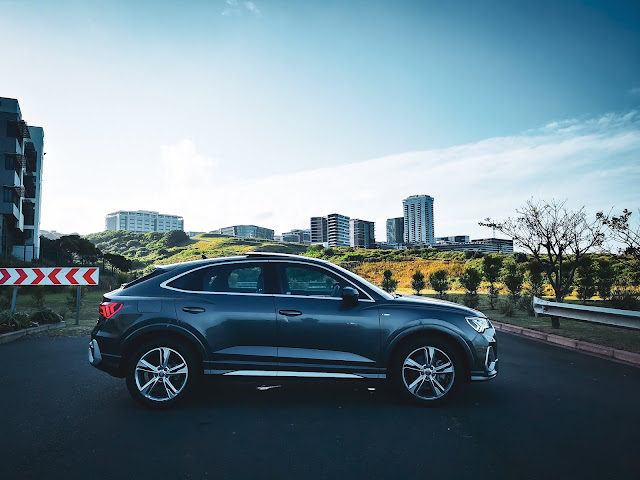 PERFORMANCE
The Q3 Sportback which I had on test was the current range topping 40TFSI with S Tronic gearbox, it has the same 2.0L engine that is featured in all of Audi's 40TFSI models which delivers 132kW and 320Nm of torque, while these figures are decent for a car of this size, it does feel a bit laggy when you push your foot down. Probably has to do with the torque generated rather than time on the turbo. That being said, urban driving in it is a breeze and when on the highway it copes well, as I did a long distance drive with it through KZN, with a full cabin of passengers and some luggage, it coped well and didn't feel under strain when power was required, this did however hamper the fuel economy a bit but nothing too drastic to make any alarm bells ring, end of the day you are driving a 2.0L here. The drive itself is sublime, with Audi's Quattro on demand it does help driving dynamics of the car when blasting through winding roads. 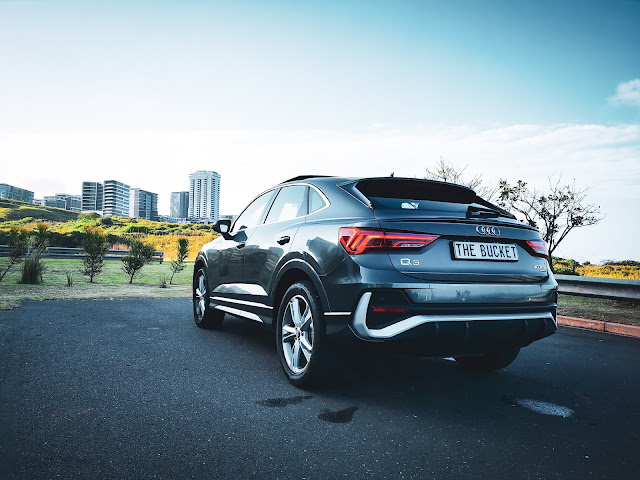 COMFORT
The cabin look and feel is class, its almost a mimic of what we're seeing in the higher end Audi models and its great to see this being transferred into the lower end models in the range. I love the new integrated dash with infotainment screen  that is angled ever so slightly towards the driver making the cockpit very driver centric. The seats which were finished off in leather are super comfy and the driver along with the front passenger enjoyed the heated function which came in handy in the KZN midlands. The passengers at the back didn't have any issues as well, with plenty USB's on hand to keep everyone's phone fully charged as well as 3-zone climate control to suit all's temperature preferences. The car comes with all the lovely features, some as standard and others as option extras like your park assist, lane departure warning as well as collision alert. The car came with built-in mobile apps as well as wireless charge mat which is part of the phone package option. 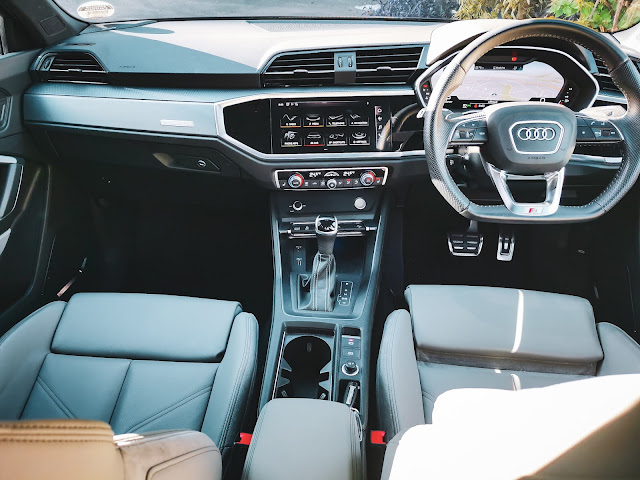 VERDICT
Overall the Q3 Sportback does a lot to quell the "boring" label that its sibling the Q3 has, its great to look at, fun to drive and while the engine could be a bit more enthusiastic, I'm sure Audi were holing back on that front so that this model doesn't take away too much from what the RSQ3 Sportback will bring. I enjoyed my time with it, and while the luggage space is compromised slightly due to the swooping tailgate, I still managed to get my set of golf clubs in there which is the most important part for me! This particular model will definitely have a certain target market, and it's biggest rival might be one that is from its sister company VW, with the T-Roc. The both share the same platform and offer more of less the same in terms of engine and tech but the Audi definitely has a more luxury feel to it. 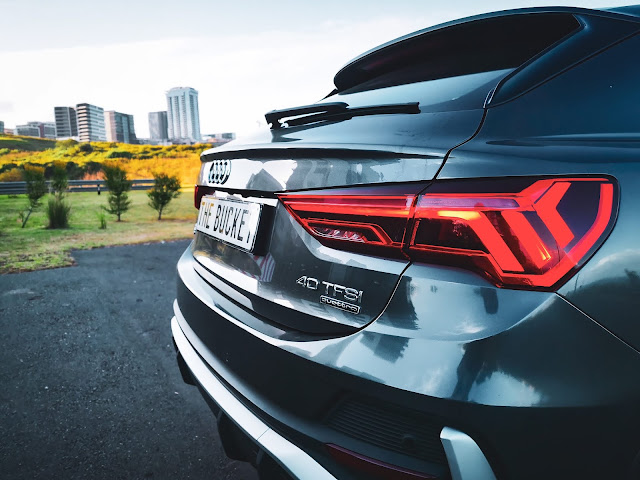 SPECIFICATIONS
Posted by Amith at 12:52 PM