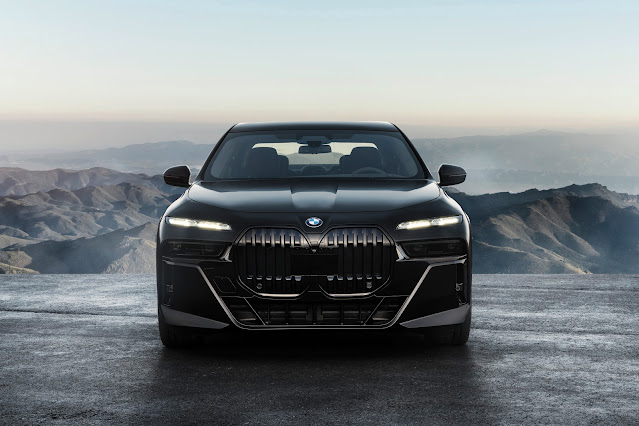 Today BMW revealed to the world their all new 7 Series, let's just say they gave us a more talking points other than a big grille this time round. The design is striking, much different to what we've become accustomed to BMW over the years but more in line from what we've seen in the recently launched iX model. With most manufactures aiming to go fully electric by the end of the decade, one can understand the drastic changes in designs we're seeing of late. While being futuristic, the design has to also be practical and seeing that we still have combustion engines for the near future to deal with, its difficult to make a car that can accommodate both drive trains and still please everyone visually. It's something BMW hasn't been doing well of recent but in saying that, sales figures don't seem to show that as they are booming. 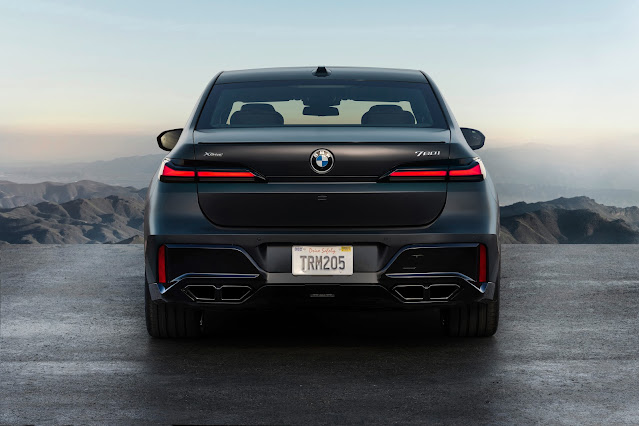 There has been much said about this new 7 Series model so far and it hasn't even been a day since the reveal, in my opinion the design is interesting. It's ultra modern, with straight lines, but still keeping to the brands luxury standard. The kidney grilles have grown even large and now have an illuminated surround, just incase you didn't see them the first time. Interesting to see BMW have opted to have the split front headlights which are now crystal and feature an iconic glow. The rear seems more composed and neat than the front but it harks to some American styling which won't sit well with many. A high proportion of natural and recycled materials have been used to construct this new 7 series as well as the use of green energy in the production stage, making this car as green as they come. 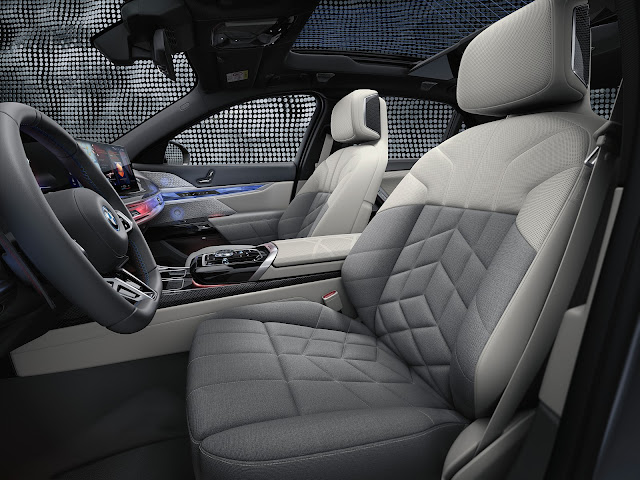 Stepping into the new 7 is quite easy as it features automatic opening and closing doors. It features a whole new dash design with a large infotainment screen that has exclusive modes depending what your preferences are, and it varies with an array of digital art to make the cabin bespoke to your taste. The seating is BMW individual spec with merinal leather trim and is available in bi-colour with other material variants to choose from. It all looks very posh from the pictures and must be even better in reality.

The new 7 at launch is available in three engine variants with more to come closer to the global launch.