Well I got into the kitchen recently and made something different. There's only one type of bird I'm used to eating and that is chicken, I've tasted duck once or twice but never took a liking to it and the same goes for turkey but this time I decided to tackle a bigger bird. Ostrich, now its not like any bird meat you've seen, to start off its red and the package it comes with puts me off because it looks like its soaked in blood but I decided to go ahead and try it anyway. They say the meat is pretty healthy for you, its lean and doesn't have much fat. Here's how I went about cooking it. 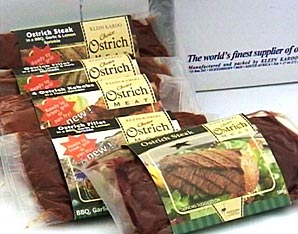 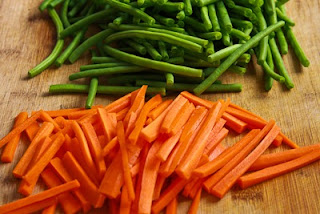 Mix ingredients in a bowl (besides the fillet), once everything is mix, massage it into the fillet. Once done, cover with cling film and pop it into the fridge. I let mine marinate over night so the flavour soaked in. Now to cook it, heat up a frying pan with some olive oil, make sure its nice and hot. We're not going to cook it, just seal it, so fry on one side for about 1 minute, then turn and seal for 1 minute. Once you're done, put the fillet in an oven tray along with what ever juice was left in the pan and from the dish it was marinated in. add your strips of carrots and green beans and cover with foil. Pop it into a preheated oven at 220 degrees. Allow to cook how you desire, I let mine get well done, it wasn't as dry as I expected and it still retained load of moisture. 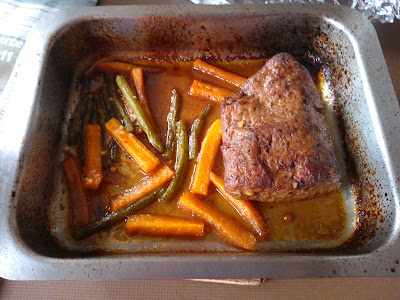 I also made a smooth mash potato, boil the potato till its cooked. Mash in a bowl, add the milk and salt and pepper to taste. Keep on mixing till its nice and smooth. 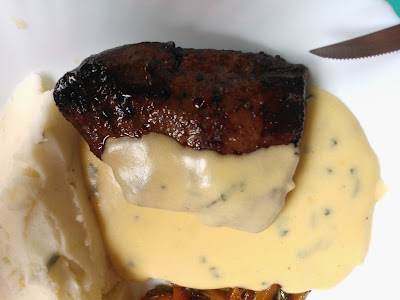 I also made a quick cheese and spinach sauce, equal quantities butter and flour in a hot pan. Wait for the mixture to brown, add some milk while keep on stirring. add some cheddar cheese (I think this is the best cheese to use in a sauce). Once its thicken, take off the stove and add some chopped spinach and stir it in. Pour the sauce over the fillet while eating, it really is an awesome side! Enjoy. 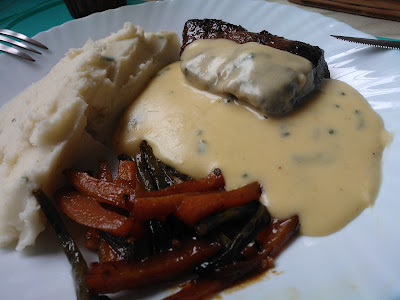