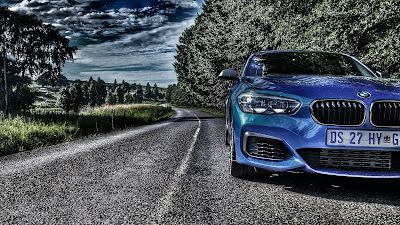 I'm not the biggest fan of hatchbacks, we've only ever owned sedans in my family and big ones at that. Learning how to drive in a large sedan did prove useful to me as anything else that I needed to drive didn't seem like a big adjustment. Hence my love for them continued, even whilst many raved about hatchbacks, I never really took the liking to them, yes I admired the hot hatches but the urge wasn't there. Yes sure they're great cars and most are great value for money but maybe I just preferred having an actual boot? 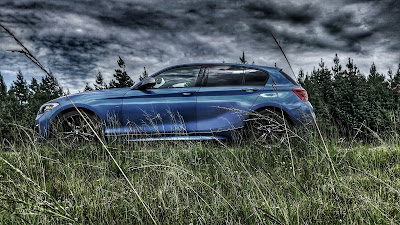 BMW called me up  earlier this year and said they were going to send their M135i to me for a week, this was the second time this car was scheduled for me as the last time someone had some trouble with the power of it and it had to go in for some minor repairs, so I was really looking forward to getting this car. Having driven the 120i late last year, I knew the 1 Series was one of the better in it's range compared to it's competitors so having a go in their range topping model was an opportunity I was waiting for. 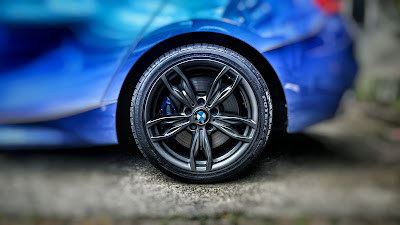 Since the day it arrived, you knew this car was special. It rolled in, painted in their signature Estoril Blue, with 18" smoked alloy rims, flared air in takes on the front M Sport bumper which was painted in silver and the twin black performance exhausts that hummed to the tuned of its roaring 3 liter, 6 cylinder engine. It made the hair on the back of your neck stand up, this car was no soccer moms car but a proper hot hatch and as much as you can read stats out of the booklet, there's no true way to describe this car unless you experience it yourself. 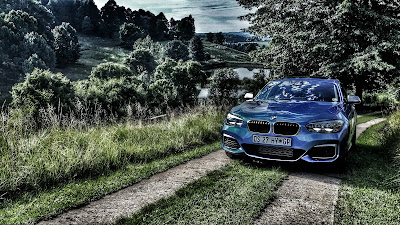 BMW cars come in 4 driving modes, Eco-Pro for your conservative driver, Comfort, for your everyday, any type of driving style, Sport, something to beef up the engines response time and then lastly Sport + which beefs up the engine as well as switches off any car aids such as tractional control and ESP. In a car like the M135i, one won't even bother with Eco-Pro as once you take off in comfort with your foot planted to the floor, all you want it more! 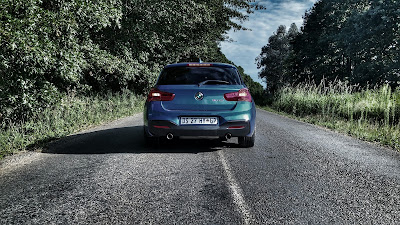 The roar from the exhaust is exhilarating and unleashes various emotions while driving it, all of them good though! I described this car as such in one of my tweets, the raw power of the motor working with the twin turbo's is magnificent, it evokes the pure passion of the guys from the factory in Munich. It's relentless and hard working but delivers performance every time you need it. It left me flabbergasted to be honest. It got to a point that I wanted to drive all them time while I had it, I offered people rides to places and even took pointless drives. 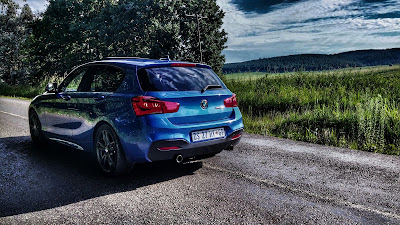 Style
The One Series isn't much to write home about in terms of styling but I really like what they did with the face-lift. The revised lights both at the front and back add real character to the car and gives it that more executive feel. With the M Sport Package, it really beefed the car up. The M front bumper with large air-intakes, blacked out kidney grille and the non-existence of fog lights really gave the car a menacing look. The side profile has had some tweaking with M135i badged into the side skirts of the doors, the rear which had a splitter in the back bumper with it blacked out at the bottom completed the devilish look of the car. Something different about this car is the day time running lights, normally with the BMW we're used to seeing the "angel lights" or halo around the main lights but with the One series, it's more of a tear drop at the bottom which I thought was quite cool. 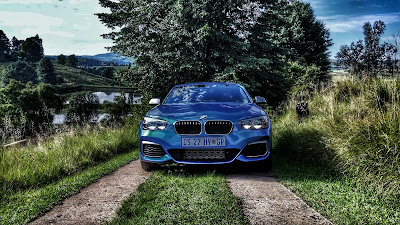 Comfort
Getting into the car, it seems like any other BMW, pretty much a standard setup with the added extra's of the M Sport package, that being lots of chrome, silver and sporty finishes, not forgetting the electronic racing seats. The M Sport steering wheel is probably my favourite steering wheel ever, if they can be such a thing. The look, the feel and the styling of it is just great. Being a sports model, you would expect the ride quality to be quite stiff and hard but it was quite the opposite, you cant tell the difference of the ride quality between this and a 318i. 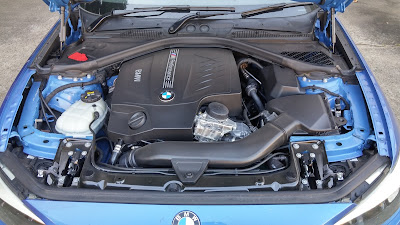 Performance
Where do I begin? All you wan't to do with this car is give it horn's and its more than happy to reciprocate. Acceleration is phenomenal, 0-100Kph in 5 seconds and it just keeps climbing at the same pace, no slowing down until it reaches it's governed speed of 250Kph. Unfortunately unlike the German's autobahn one needs a private road or test track to achieve this as our national speed limit is 120Kph. The engine is the same one that get's fitting into all of the '35i badged cars, well now they're being re-badged as '40i. You won't get the most out of this car from day to day driving as it isn't as thrilling as taking it out on the open roads, which is why I did a trip to the Natal Midlands over the weekend. 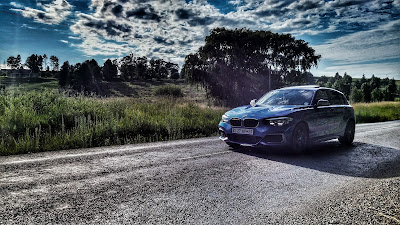 Driving
There's no ill I can speak about the car, it performs like a beast, handles like a dream, comfort of any other car in the BMW stable and it makes such a beautiful noise. Maybe there is one thing, but that would be a given,  it does tend to make you notice more than you would like. The fuel consumption, the booklet claims it to have a combined consumption of 8 liters per 100Km but realistically its more like 10.9, switch over into sports mode and the figure almost doubles, hence I said at the beginning to throw the booklet out. The estimated range on sports mode drops faster than the Rand when we change Finance Ministers. Is it worth it though? Hell yes! Every single rand to liter is worth it with this car. 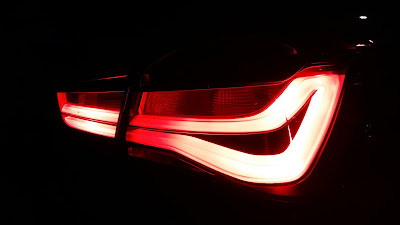 Extras
The car came with pretty much most of the thing standard on the M Package but notable extras were the reverse camera with front and rear PDC, Satnav and larger display screen, lane departure warning which comes handy at high speeds, Xenon lights, Memory seats, Sunroof and light package. 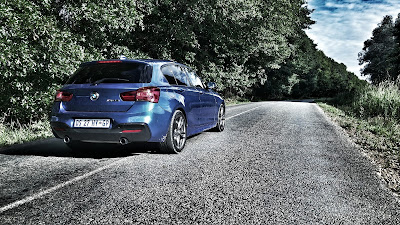 Verdict
This car gives you an andrenilin rush of note, it gets your blood pumping and awakens your soul. Yes it is small and not the most powerful engine from BMW but the complete package is simply mind blowing. The amount of joy it brings you from driving it is unbelievable and it will leave you with a stupid grin on your face every time you get out of the car. Compared to the other hot hatches it lines up against, it's not the fastest but I'd rate it the best in terms of what you're getting. It's not badly priced and the quality of the product is great. If I could afford one, I'd definitely have one in my garage. 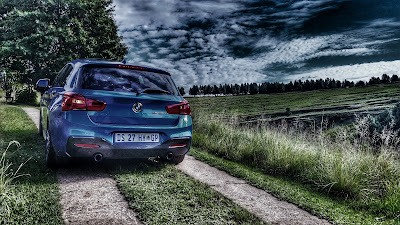