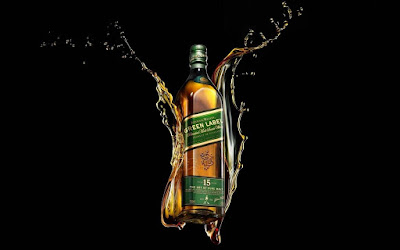 I've been to many a whisky tasting over the years and whilst I do enjoy them, most of them are sort of the same. An introduction to the whisky, story behind the distilling process and manufacturing, history behind the brand and so on which is fine but sometimes some whisky's deserve more than that and that's what the folks down at Johnnie Walker thought so as well. So in re-introducing their famed Green Label to South Africa, instead of the norm, they've opted to take their guests on a tasteful journey, that not only gave guest to opportunity to taste their single malt blend but a food paring to go along with it. 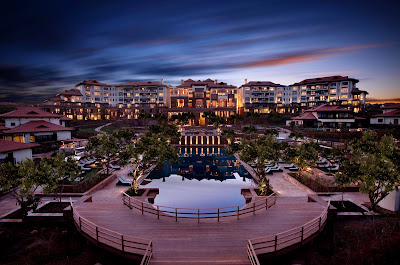 Last week Thursday I was fortunate enough to partake in this journey, the venue, the magnificent Zimbali Fairmont Hotel. Tucked away in the lush five star estate lies the Fairmont hotel which over looks the Indian Ocean, it provides a tranquil getaway for those who want to relax and spoil themselves with the best that is on offer on the East Coast, it made the perfect setting to enjoy one of the finer whiskies available on the market. 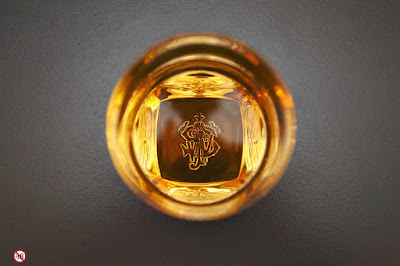 Johnnie Walker Green Label is a single malt blended whisky and needs no introduction for some of the older drinkers as it was available in South Africa before the brand opted to discontinue sales of it for various reasons in most part of the world. The only markets who kept it were in the America's and China but with the ever growing demand for single malt whisky, Johnnie Walker decided to re-introduce it to the market. 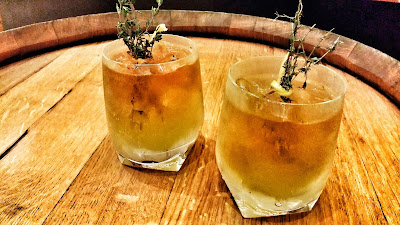 The night kicked off with welcome drinks at 31 degrees with a delightful cocktail which consisted of Johnnie Walker Gold Label with herbs and bitters. Quite a twist on a whisky which proved to be quite refreshing on the palette and set the mood for the rest of the evening. We were then greeted by KZN Reserve Brand Ambassador Haroon Haffajee, who gave us a short introduction to JW Green Label and it's re-introduction to the market, followed by a brief on what was to be expected on the evening.  We were broken into 3 groups and each assigned a colour, for we were going to experience the 3 different restaurants at the hotel for the 3 different courses. All the food which was served on the night was made to compliment the JW Green Label, and with it brought out the flavours in both the food and the whisky. 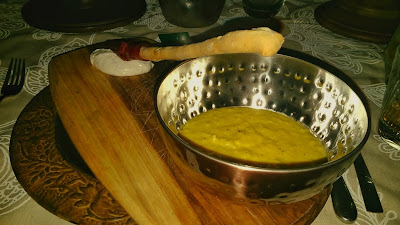 For starters we headed over to Bite, which is the hotel's poolside deli. Set at the edge of the picturesque pool overlooking the hotel, with the dining table laid out open to the star filled sky, it truly an awesome setting to get the night going. Starters was a creamy corn chowder, served with a biltong breadstick, ostrich carpaccio and feta dip served with a shot of Green Label on the side, unlike other single malt whiskies, JW Green label contains a blend of single malts, so it offers a variety of flavours depending on the food you're having. With the chowder one got a touch of the walnut and that long spicy finish to warm you up on the cold winter night. 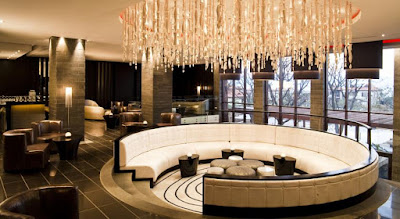 Moving onto the next course, we made our way to OSA, a vibrant new offering at the hotel which specialises in Indian Cuisine. I know being an indian, I must be pretty used to curry but it is my favourite culinary option, as I find there is so many ways to make a curry and the variety of spices on offer to change a meal is endless witch each offering something special to enhance the flavours. For the mains we were served a tandoori chicken skewer which sat on top of a garlic naan bread, with sour milk sauce, fresh coriander and pomegranate seeds. I thought the spices and flavours of the meal would have been a bit over powering for the whisky but it blended quite well. It brought out a sweetness and oak from the whisky which worked perfectly with it. 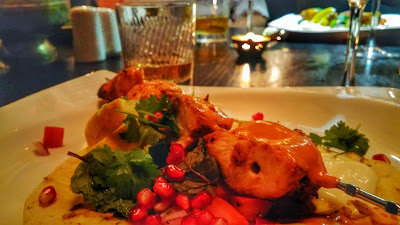 Ayoba which is located at the Beach Club at Zimbali Fairmont was the venue for our 3rd and final course of the night, desert. The restaurant is a fusion of Central America and Africa with more of a Mexican twist so with that being said, desert was none other than Churros served with a chili chocolate sauce and chocolate ice cream. The light cripsy churro's and sauce brought our the coffee notes of the JW Green and bitter chocolate and espresso was evident with every sip. 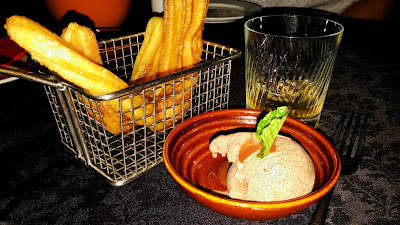 After our tasteful journey, it was time to reconvene at 31 Degrees for the conclusion of the night. we toasted the night with one more drink of the JW Green accompanied with cheese platters and a selection of sweets from the hotel's tea box. Speaking to Haroon thereafter about Johnnie Walkers reasoning to re-introduce this 15 year old single malt blend into the market again, it was interesting to note that their pricing for such a bottle is quite reasonable when compared to some of it's competitors. The average pricing would be around the R500 mark which is cheap in my opinion for a whisky of this caliber. On the whole it was a perfect night which fused great whisky with great dining and offered a range of tastes that played lovely on ones palette. It was certainly a night to remember. 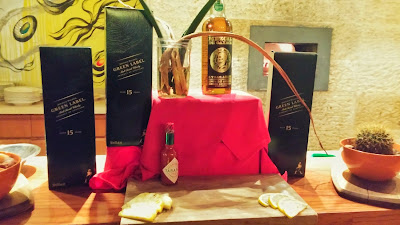