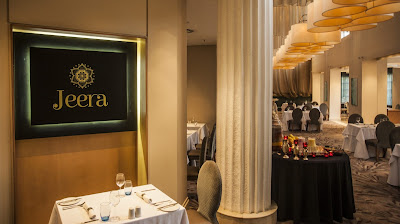 Afternoon tea is a must for many and those wanting to spoil themselves often opt for a High Tea which is offered in many establishments but whilst most are great in offering the traditionalist what they expect, the team down at Jeera, located on the pool level of the Suncoast Hotel & Towers decided to give their High Tea a Durban twist. Durban is known to have the highest population of Indians outside India and we all know the significant cultural impact they have had on this city with keeping things spicy and that's exactly what Jeera has done with their high tea. 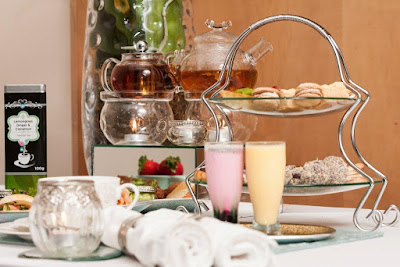 Last week Tuesday I was invited to par-take in their offering, not knowing what to expect, I was left mouth gaping open at the spread that lied before me. It's not your typical high tea and but at the same time they keep to the aesthetics of what it is meant to be, so you not going to be served a bunny chow and a cup of tea, although some might fancy that? Sandren Govender, executive chef at Suncoast Towers, who has experience in cooking throughout the world has meticulously created a menu to delight everyone's taste buds, with savoury and sweet delicacies to send you into a journey of food ecstasy. 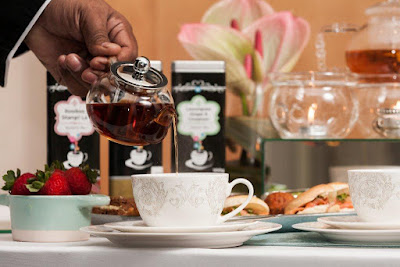 A seating for two will get you a wonderful selection of sweet delights such as burfee shortbread, poli truffles - a modern twist on a traditional Indian favourite, blending chocolate, coconut and cardamom as well as cinnamon eclairs. On the savoury side, the offering expands to an equally wide selection including smoked salmon bagels with paneer cheese; chicken tikka, sheekh kebabs and my personal favourite, Sandrens butter chicken cigars, which is bread, flattend and filled with rich butter chicken curry, then rolled into a cigar shape, crumbed and fried till crispy on the outside. 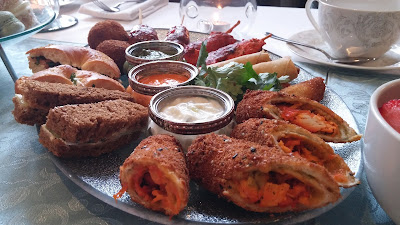 "This tailor-made approach allowed for authentic creativity to come through quite strongly in the kitchen. We know at the end of the collaboration with our team, we have something unique to offer our guests" says executive chef Sandren Govender. He added that the concept was carefully planned and created incorporating the sense and relaxation associated with the afternoon tea experience. 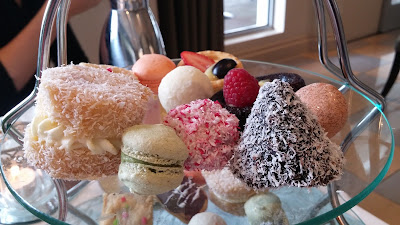 You probably read this far and must be wondering, high tea but I have not mentioned anything about the tea? Well yes, there is the tea but the food offering is simply that great but the selection of teas will not only awaken your senses but the aromatic flavours and smells will entice you to want to smaple them all. Jeera offers a host of teas with various spices and scents from around the world, each guest has their on glass tea pot with warmer so you can see the flavours fuse with the boiling water. It really was a fascinating experience for me as it was the first time I had the opportunity to indulge a high tea and I'm glad this was the place I did it at. 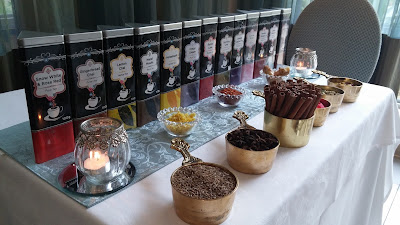 Speaking to Palvi Oddone Aquino, who is the guest relations manager at Suncoast Hotel and Towers, she had this to say, "Much time was invested in crafting this concept where our primary goal was to take our guests through a journey of spice and distinctive flavour through confectionery - where tea becomes a conversation piece." 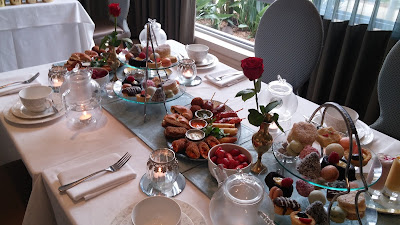 Jeera serves their high tea throughout the week (Monday to Friday depending on availability) between 14h00-16h30 and will be available for groups of four or more. Cost per person is R150 and each will get one or two of every serving on the platter, whatever is not eaten can be opted to be taken away for you to indulge at home.
Posted by Amith at 5:49 PM