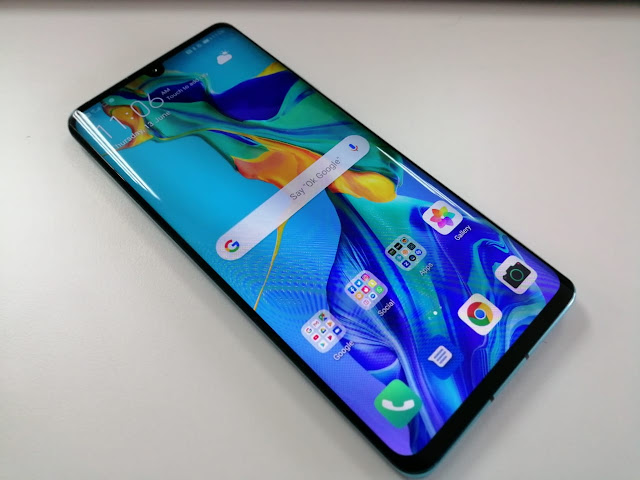 Following the launch of the P30 Pro, Huawei have been featured a lot in the media but not for the right reasons. With the trade ban implicated on the Chinese tech giant, by the US government saw many of their partners terminate or halt trade with Huawei. Companies like Google who supply the main operating system for all of their devices, not to mention third party apps from their play store. Kirin, the chip-set manufacturer that supplies Huawei with the CPU's for their devices and the list goes on. While Huawei remains in court battling to overturn this ban, they have informed South African's that it will be business as usual with their current devices. We won't be affected with the ban at all and all important updates, whether for applications or critical Android updates will be available for us. 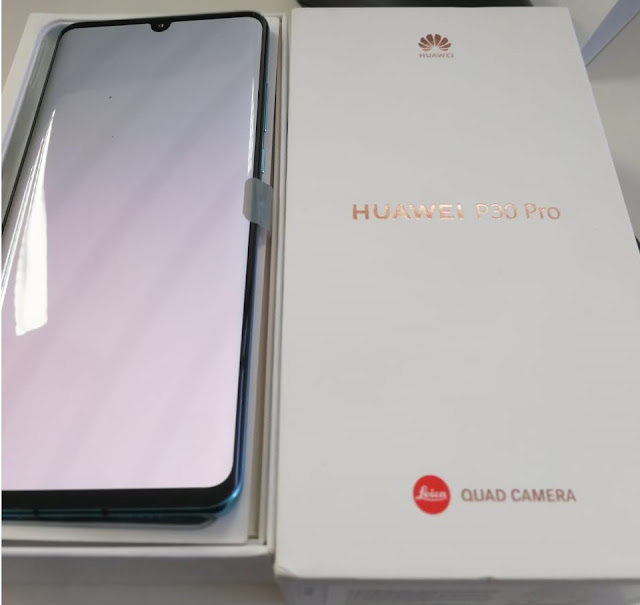 Now back to the device it self, I was given the P30 Pro to test over the period of two weeks, I wish this was longer because damn its such a great device with so much to offer! The thing about this phone is that it things so well, you hardly realise just how well it runs. There has been no lag on any application, the processing speed is like nothing I've used before, and that camera, all I can say is seeing is believing with that. So unboxing the device was pretty straight forward, Huawei always has been getting their packaging right from the early days and not much has changed since then. The P30 Pro sits prominently on the tray as you lift the lid off, below is a box which stores the silicon phone cover which comes with the device and below that is the charge, USB cable and headphones which has a USB3 input so no need for adapters or other funny gadgets to plug them in. 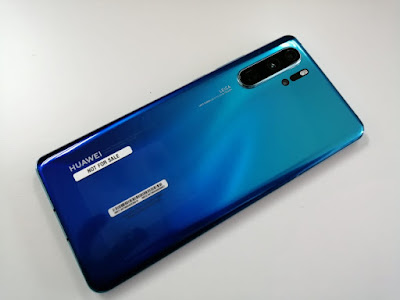 Being the Pro, the device is bigger than the normal phones out there, it is longer and a bit wider than your average device. The build quality on it is impeccable with a full aluminum body and full glass front which interestingly isn't Corning Gorilla Glass 6 as used on other flagship devices. According to Huawei the P30 Pro uses aluminosilicate glass, which according to Google is a silicate in which aluminium replaces some of the silicon. Either way, the device has an IP68 dust and waterproof rating, not entirely sure about the shock test though. Well with a device like this, I doubt anyone would be taking chances by carelessly handling it. The sides have a bevel finish which really add character to that unibody design and the transition from glass to aluminium is seamless. The device is available in five colours, I had the most popular one from those which is Aurora, it has that opalescent colour changing finish which really is remarkable when looking at it closely. The P30 Pro has your standard buttons on the side for volume and power/ lock. The ins-creen finger print scanner is revolutionary as it saves space and doesn't make it awkward when you need to unlock the device. The bottom of the device has your speakers, and charger input. 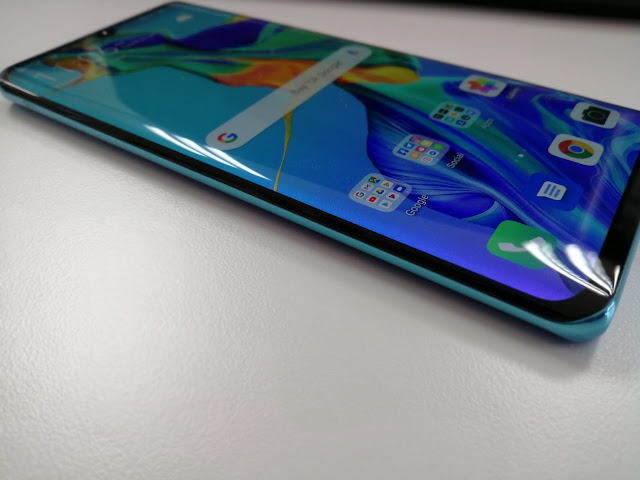 The P30 pro comes with a massive display screen which extends over the bezel, its 6.47 inches in size and has a 88.6% screen-to-body ratio. The notch for the 32MP selfie camera is quite evident but smaller than that of the Mate 20 Pro. It's an OLED capacitive touchscreen with 16 million colours with a resolution of 1080 x 2340 at 398 ppi density. It's super bright, super sensitive and works really well. The in screen finger print sensor is a stroke of genius from Huawei but I feel if you're using the facial recognition, there isn't really a need for the finger print scanner but it does come in handy for apps that require additional security for access, like banking and medical. 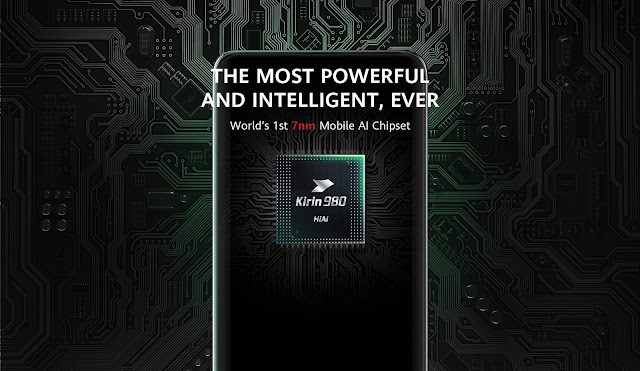 Using the powerful HiSilicon Kirin 980 chipset which is also found in the Mate 20 Pro, the P30 Pro is no slouch when it comes to usability, multi-app tasking as well as surfing the web. The CPU is an Octa-core  which uses 2x2.6 GHx Cortex A-76 & 2x1.92 GHx Cortex-A72 & 4x1.8Guz Cortex A55 chips. That's a lot to digest but in brief, it has 8 chips in one. Now the P30 Pro boasts some pretty nifty features like app cloning where you can run two of the same apps on the device but from different accounts, so for example, two Instagram accounts, two Facebook accounts and even two Whatsapp accounts which works of the dual sim. The processing speeds show their true strength when multitasking, at one stage I had 20 pages opened on my web browser, mail app running, streaming music via Bluetooth and sending Whatsapp texts and it did all of that without a sweat. The AI interface also helps in these in circumstances, giving the device an idea on what item should have priority over which.

Now we move onto the main talking point about the P30 Pro, the camera. For the first time Huawei makes use of a quad system for the main camera. It features four lenses, a 40MP wide lens, a 20MP ultra wide lens, a TOF 3D camera and the star of the show, the 8MP Periscope telephoto lens which has 5x optical zoom all which have Leica optics. Huawei claim to have the best low light photography rating in the world and after testing it, I can believe that. The P30 Pro can find light in almost near dark spaces. This is achieved by using a Super Spectrum RYYB sensor, it allows more light to be included into the picture than the normal sensor. With this, it made for perfect pictures taken at night with free hand. The real stand out feature on the P30 Pro though is the telephoto lens, Huawei managed to achieve this by putting the lends side ways into the device then added a mirror to reflect through the front, just like a periscope, hence the name for it. While on test it just so happened to be a full moon and the perfect opportunity to test this feature out and as the saying goes, the results speak for itself. The integration of all the lenses along with the phones AI to identify the object and the auto calibration of the lens to clear up the right moment was mind blowing. To see a phone do this truly is remarkable. Obviously when zoomed in full at 50x hybrid zoom, any small movement will affect the object you're trying to take a picture off but that being said it wasn't very difficult doing it free hand but a tripod does help. 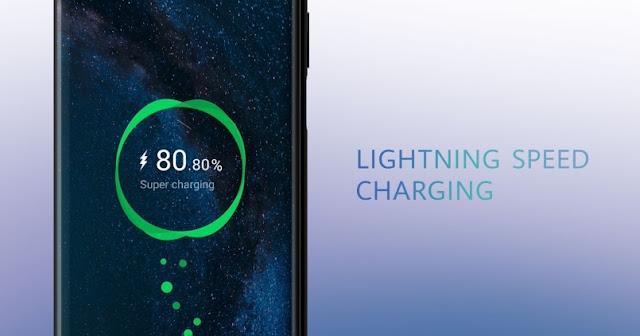 The P30 Pro adopts much of the same battery features from the Mate 20 Pro, it comes with a non-removable Li-Po 4200 mAh battery which last more than a days use, trust me I've put it to the test. From 5am, I'm checking social media, watching YouTube videos, on Whatsapp all day, Emails, calls, etc and by the time I'm done at 10pm, theres still 25% of battery life left on the device. The Supercharge feature got me really lazy as I would just charge the device for 30 minutes and it would be 80% or above there after. Moving back to my normal "fast charge" phone isn't cutting it at the moment! It also has the option to charge wirelessly, with a fast wireless charge at 15W, like the Mate 20 Pro it also has the option for reverse wireless charging to help friends in need of more power should their device be running low on juice and has wireless charging capabilities.

Overall, the P30 Pro really is a stunning product all round, the ease in which it gets the job done, whatever that might be is impressive. The camera is still black magic to me, the amount of light it allows in really bad conditions is mesmerising and that wide angle lens really is a treat to have when working in small spaces. The telephone zoom lens phenomenal, this phones camera has the ability to turn even the novice into a pro in photography as it makes you want to take an interest in photography. Get that perfect picture even if it means having a few goes at it. Size wise, I did find it a bit bulky at first and not very comfortable in palm bit the silicon cover it comes with helps alleviate most of this. In this current market environment it's hard to tell which is the best device on the market but let me tell you, this comes very close to it. It's a pity the holding company is making news for all the wrong reasons, I hope this matter gets resolved soon and the ban is uplifted, even though Huawei have a plan B, the world needs the marriage Huawei already has with its US partners and we all know how much the US needs Huawei.

Some examples of photos taken with the Huawei P30 Pro