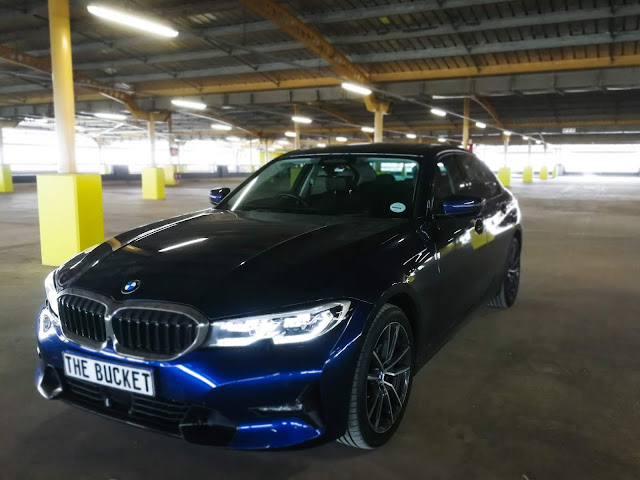 Having attended the launch of the new BMW 3 Series, I already had an understanding of what the car is about and what it's main characteristics are. But spending a full week with the car, gives you more insight about what BMW have done to make this car more than just your average mid-range family sedan. For long has the 3 Series been BMW's best selling car and even with market trends changing more to cross-over/ SUV variants I think the 3 Series will still remain a very important car for the brand, and they knew this as well, which is why with the G20 model, we've seen a major step up in the game from BMW. Laying down the gauntlet if you might say to their competitors. They've certainly set the benchmark  with this car as you will come to discover why exactly I think that BMW have left their competition with a lot of work to do. 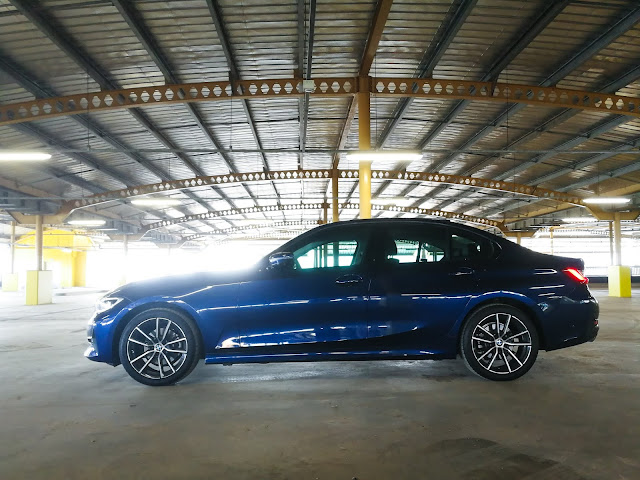 The design of the new BMW Series is in line with it's new design language, futuristic, elegant and sleek. The car has this agile look to it with the elimination of curves and added sharp lines and edges. Some said it was drastic at first but over time they've learnt to grow with it, I thought it was brilliant and the kind of shake up that was needed for this line. It's not as conservative as we're used to with BMW but at the same time it works and is easy on the eye. The front features those trademark kidney grilles which are not active like the other models in the BMW range where they close and open to allow air in when needed. The lights have been upgraded to the new laser light technology, and are in a dual hexagonal shape, the overall length of the car has increased as well as the width. The rear of the car has been a major talking point since it was first shown but it ties in with most of the other new models from BMW like the 8 Series, Z4 and the X4 so I honestly don't see what all the fuss was about. The interior of the new 3 Series looks sublime, very classy touches and an interior that could be worthy of a 5 Series with the Technology you'd expect in a 7 Series! Such is the lengths BMW have gone to make this 3 Series so much more than what we've expected. 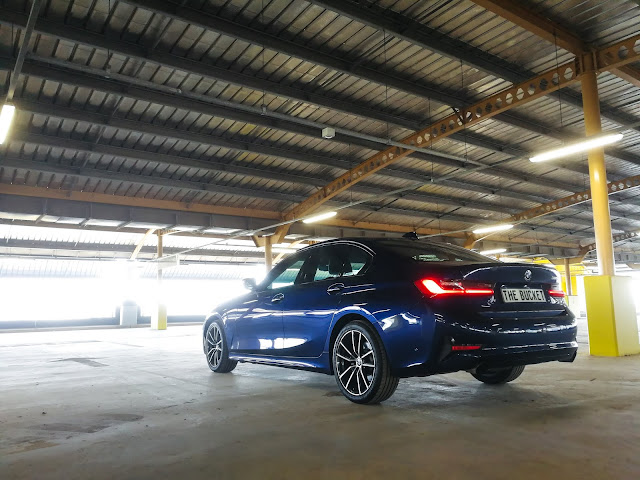 Under the hood, we find an all new 4 cylinder Twin-Power Turbo engine which delivers 140kW which equates to 190bhp and 400Nm of torque. That torque factor is a major plus on your urban driving as the car is much heavier than before so with the high torque to propel the car, the less fuel you use. Touch on the fuel economy of the 320d, I always felt this engine was the best suited to the 3 Series, simply because it offered the best of both worlds, your high torque made it punchy off the line but the diesel engine balanced that economy factor giving you longer road times before filling up. With this new engine its much of the same, with BMW claiming a combined fuel consumption of 4.8L to the 100km, I managed to get it down to 6.2L/ 100km which is decent in my books, range was looking like 750km on a tank which again is bang on with what I expected but bearing in mind on this one tank I did a lot of mixed driving. A normal driving style will push that range above 800km, closer to 900km on urban driving and bring that average way below 6L/100km. Top speed, as always is electronically limited but with the 320d its not about hitting 250kph, and that torque does die down after 100kph. 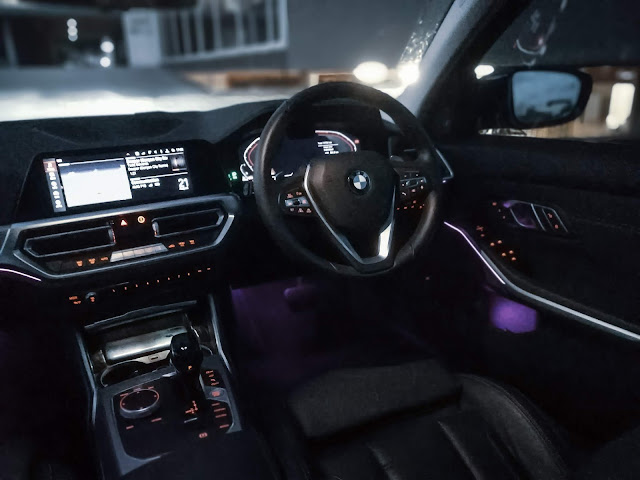 With the overall size of the car being bigger than the outgoing F30 model, this new G20 has gotten more spacious as well. The redesigned interior makes a very pleasant place to be for the driver and his occupants. The new designed dash is aesthetically pleasing using a mixture of high quality materials. The drivers instrument cluster has the option to be fully digital which was added into this model. It features BMW's new speedometer layout which keeps that info on the sides leaving room for other information in the middle. You can display a map from the navigation, driving info, media info etc. The car also had BMW's revised heads up display, which gives all the relevant information displayed on the windscreen. The car has 3 zone climate control, dual for the front and a single zone for the rear passengers. The package that car came in was the Sport package, not the M Sport, it offers subtle sport features like the extensive use of brush aluminum and chrome, the ride quality was quite decent, not too hard and very comfortable. The cars 50/50 weight distribution helps keep the occupants planted in their seats rather than fling them about. 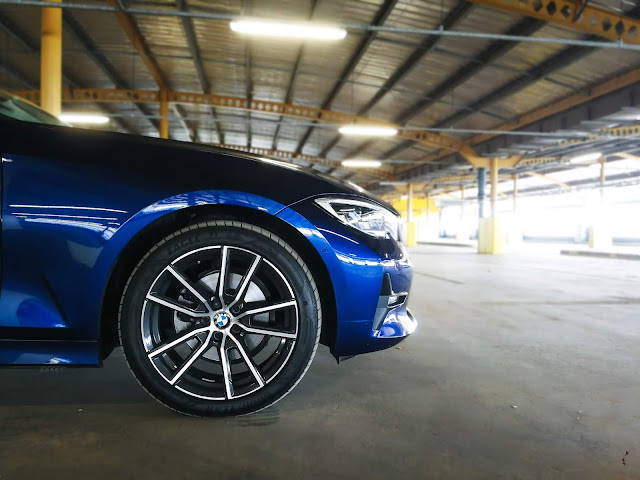 The options list does tend to go on in a BMW but they're just so damn good! We've already covered a few of them like the digital instrument cluster and heads-up display, those we're used to and already come to terms with in previous generations of 3 Series, so is the self park system,  camera package which gives you an overall view of your car, the Harman Kardon sound system, etc. Taking nothing away from those that were mentioned I just feel its more pertinent to concentrate on the new stuff that BMW has to offer. Firstly, reverse assist, it's so simple but so flipping clever! The car remembers up to 50M of how you drove in, so if you in a tight spot and have no idea how to get out, simply pop the car into reverse, select the reverse assist option from the menu and the car will navigate itself out exactly the same way it came in. Bare in mind that if conditions have changed the car will not take this into consideration so there is some human element that is required. I have a tight entrance to a garage at my place which driving into isn't so bad but getting out can be tricky, the car did it time after time to perfection! Next big tech talking point is the cruise control! Yes, I know cruise control has been around since the 80s but what different about this one is that BMW have included their semi-autonomous driving system to this. So apart from the usual adaptive cruise control which keeps a safe following distance with the car in front of you and slows down if required, the car also steers itself! Now while it does all this with relative ease, it still is semi- which means you have to have your hands on the wheel most of the time. It does help when you are in a pickle and need to reach out to grab something or have a quick sip on your coffee. There are other cool options like gesture control, sunroof but BMW have their own AI assistant now which has a trigger word or phrase which you can change, to instruct it what you want it to do, whether it navigate you to a certain place, change the radio station, etc. 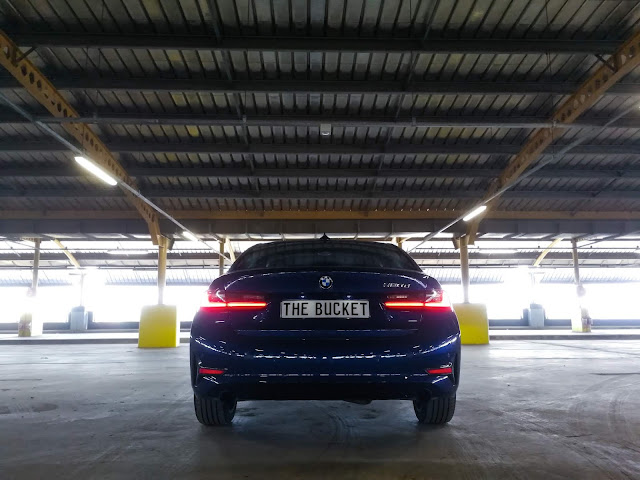 Overall the new G20 3 Series accedes expectations in almost every box in terms of practicality, luxury, comfort, performance and general appeal. The car does what its meant to do and so much more, price wise it is a bit steep but given what you are getting in the product some might say it is a steal. I'll go out on a limb to say that this is even better than the current 5 Series on the market, just because of the technology gap between the two models. So while you're considering the price difference between the two models, just know that you're getting more in this 3 Series. There will be an update in the 5 Series probably next year which will bring the cars back into their rightful slots but for me, if I had the money, I would buy the 320d in a heart beat. 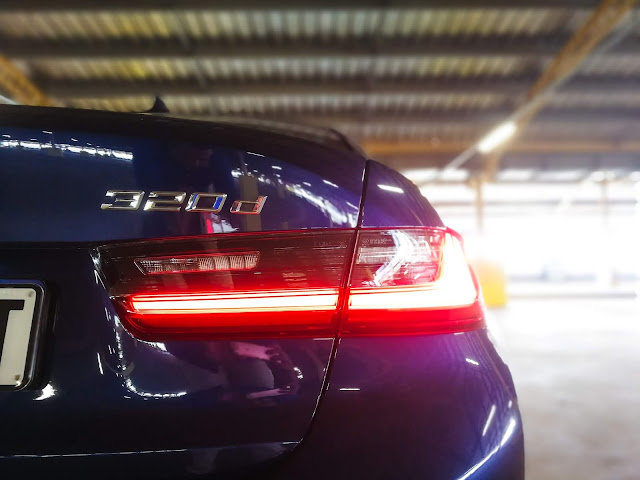