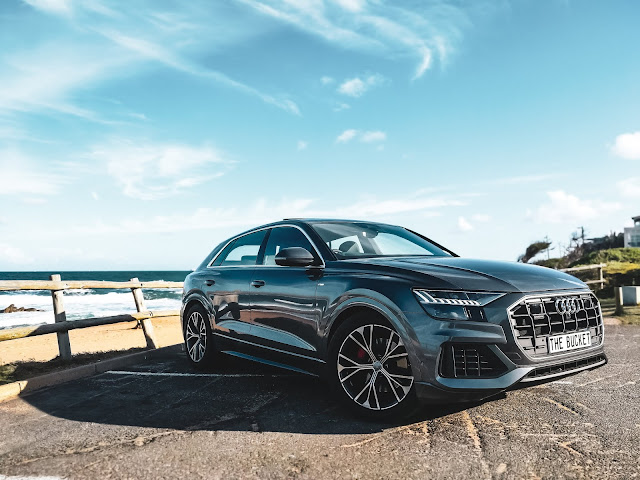 Evolution, it's a wonderful thing, whether it be in nature or man made, evolution ensures that the next one is always better than the last, more adapted to the environment around it and it learns as time goes on. Cars have evolved in leaps and bounds over the past decade, from a simple task of taking people from point A to point B, cars of today do so much more than that and it just goes to show how much it has evolved. Today's review is of the Audi Q8, a car that is probably one of the best examples of the evolution of cars, it is an SUV based Coupe, something that would be never imaginable 10 years ago but here we are. It's not the first SUV Coupe on the market but it is the first from Audi, ready to mount it's challenge to the other German competition and after spending a week in it, boy have the rest got some catching up to do. 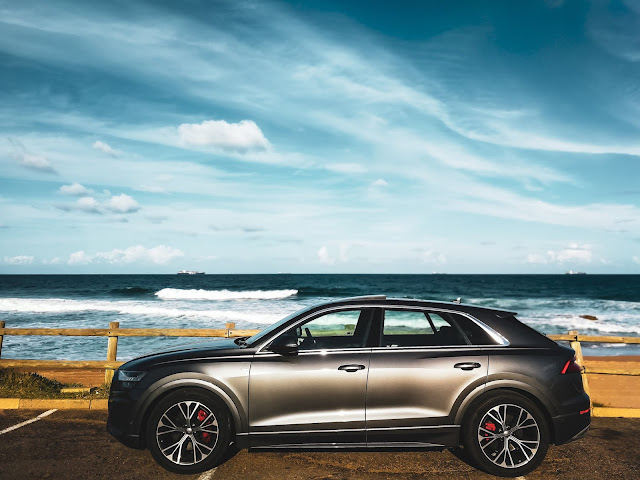 It's a show stopper, there's nothing more I can say about it. While this is Audi's first attempt at a vehicle like this, they got it so right where others have struggled. Other SUV Coupes in the market are getting better in looks but there is still this abnormality to the general design, almost making it look like a bubble on the road but with the Q8, it's all clean, sharp and straight lines, making it one of the most desirable vehicles on the road today. Heck, it even looks a hundred times better than the Q7 in which it is based on. Where Audi got it right was with the height, they kept the car low as possible to emulate that coupe like stance but with the clever use of air suspension, the car could rise when need be. Also the long wheel base helped with the elongated cabin, providing ample space for the front and rear passengers. The Q8 also is wide, with hefty bulges along the wheel arches, giving it that prominent stance. It all adds up to one hell of a good looking vehicle. Now the rear is also a part that many get wrong, not with this one, along with the clever use of their LED lighting display, gives the Q8 one sexy rear as well. Moving onto the interior, the classy, contemporary design continues with clean lines, large screens, and a high level of reach, giving you that SUV feel. 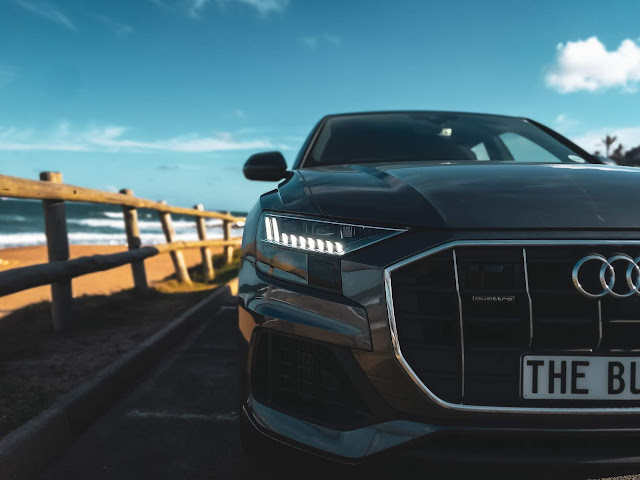 The Q8 takes on the new engine naming convention and this particular model is the 55 TSFI now many asked me if this a 5.5L, no it is not. but rather a 3.0L Twin Turbo engine, with an output of 500Nm of torque and 250kW. The car also has Audi's mild hybrid system where there isn't really and electric motor but the car does make use of batteries and a motor- generator which both creates electricity and gives the engine an added boost when needed, most importantly it helps a lot in fuel economy of the car. On a long distance trip I averaged 9.7, on a big car like this with a petrol engine, that is damn impressive! While the car is better suited to the tar roads, the Q8 can handle it's own on the gravel as well. With the adaptive air-suspension set up, the Q8 can automatically detect the type of terrain its on and raise the suspension adequately to cope with it's surroundings, the air suspension helps alleviate the rattles and keeps the bumps to the minimum like a true SUV should. Back on the road, the Q8 is no slouch, that 500Nm packs a punch on take-off with a 0-100km/h time of 5.9 seconds. The car is electronically limited to 250km/h but there really shouldn't be a reason to be doing those speeds, especially on a public road. 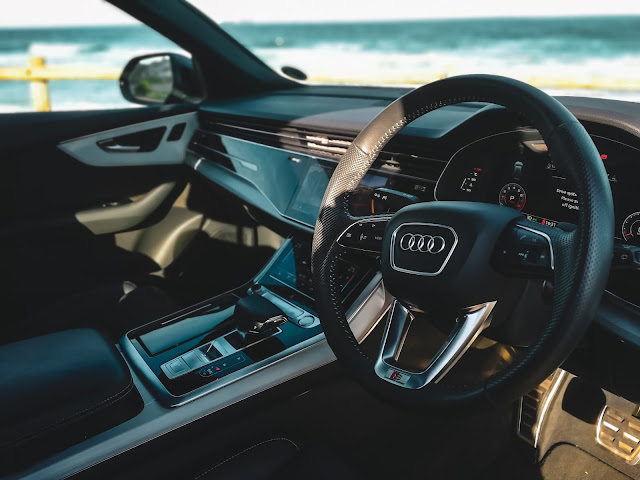 Comfort and coupe don't belong in the same sentence, as most coupe's are low as hell, which means you can feel every bump in the road, they normally awkward to get in and out of because of the long doors and heaven forbid someone parks close to you in a mall, then you're screwed but this is where I'm becoming a big fan of the four door coupes, like the RS5 Sport back the doors on the Q8 are longer than normal but still are a sensible length which makes getting in and out the car quite pleasant. Being the S-Line package, this car was kitted out in the sports trim which included sports styled seats with the S-Line logo stitched in the seats. The front passenger and driver had the seat heating option, as well as dual climate control for the front and rear passengers, making the Q8 a quad control climate system. As mentioned before, the adaptive air suspension ensures you have the smoothest ride possible in the Q8 which takes comfort to the next level. The cabin is ultra spacious as well, with the rear passengers having loads of leg room. The rear seats can be adjusted as well. 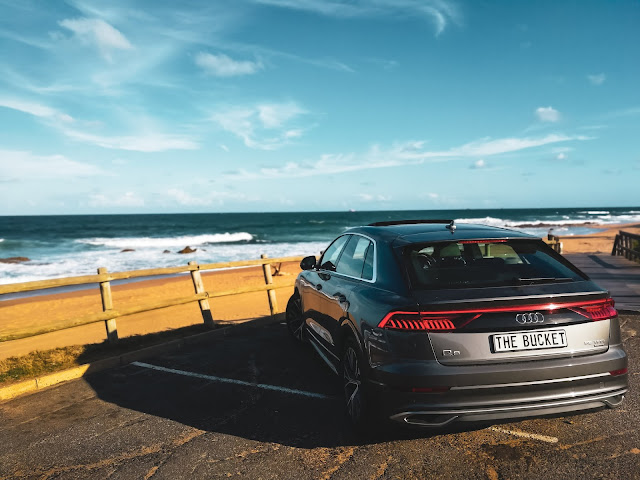 Being one of the latest models from Audi, you'd expect it to be packed with tech and it is but there's still some things that others have to offer which Audi haven't quite caught up with yet. For example, the personal AI concierge triggered by voice is one of the stand out features that is lacking but in all honesty there is enough to make up for this lack of this. There still is the voice button for commands. The dual LCD touch screens  is pretty cool, hate to know the price to replace one should anything happen to them. That virtual cockpit is still one of the best in the market, it even negates the need for heads-up display. The sound system which is standard, is by Bang & Olufsen with 3D sound, the new MMI Navigation is probably one of the best I've used in cars. The smart phone interface with Apple Car Play and Android Auto is as simple as plug and play. The HD Matrix LED headlamps with the adaptive settings is also pretty impressive at night, not only for the welcome greeting when unlocking or locking the car. So in-terms of product offering, the Q8 has everything you would need in a luxury SUV. 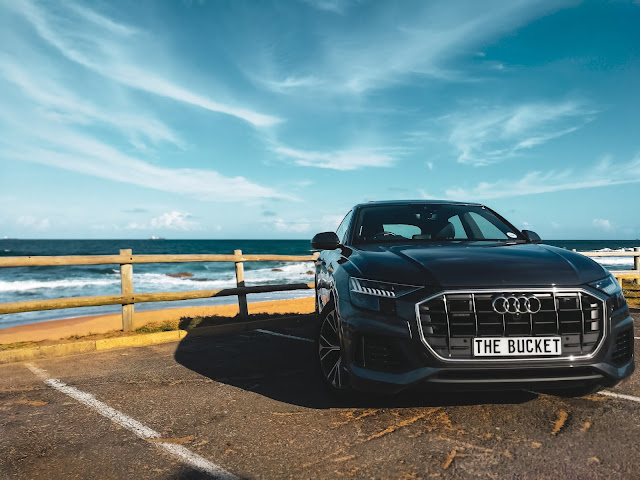 We've lived in an era which saw the rise of the super saloon, then the sports car, now its the turn of the SUV, that is whats beautiful about evolution, it just sort of happens without you noticing but when it does happen it makes perfect sense, like the Audi Q8. What more can I say about this car, as Audi says in it's brochure, "The Q8 brings together the best of both worlds - the elegance of a four door luxury coupe and the practical talents of a large SUV." Now many cars have these kinds of things written in their brochures but fail to live up to it but this encapsulates it in every way possible. I know its an expensive car so it is almost obvious I would love it but you have to appreciate what goes into this car to make you love it so much. Apart from looking great, driving great, the feeling you get when driving it, that's the key to decipher whether cars like this are worth the money. 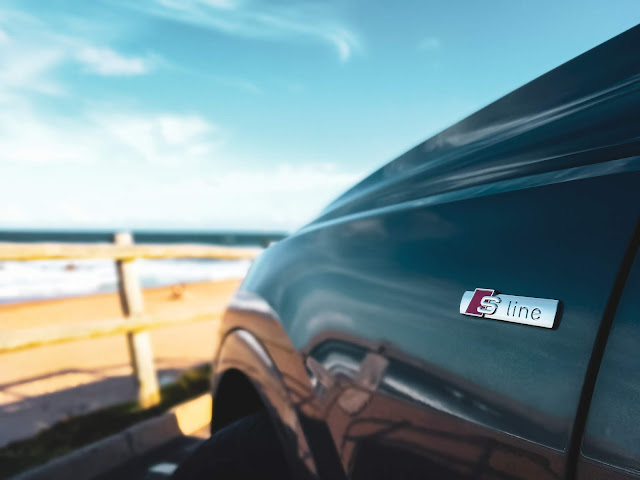 View my review on my IGTV channel for more info on this car.