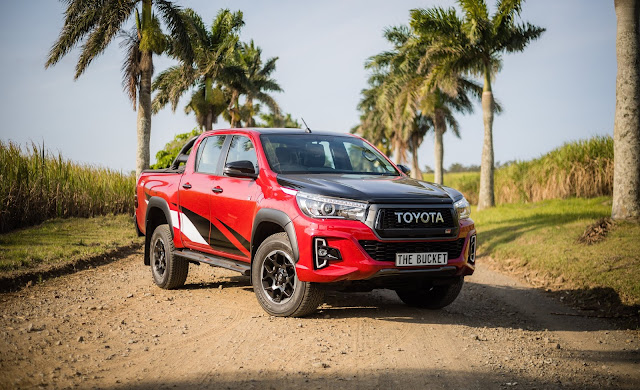 In a bakkie obsessed nation, it was only a matter of time before manufacturers decided to take advantage of this segment by introducing enhanced performance variants to the market. While it still may be relatively new to South Africa, across the globe, especially in the US markets, this has been a much loved segment for over a decade now. Step in Toyota, fresh off celebrating their victory at this years Dakar with South African built Hilux models, it made sense for them to introduce their sporty variant of the Hilux to the country. The Hilux Gazoo Racing Sport first broke cover a few months ago, with Toyota SA later confirming that a limited number of models will be heading to our shores. While the engine still remained the same, there were mechanical upgrades done to the GR-Sport in the form up suspension upgrades, revised dampers and a change in wheels to make this a proper off-road menacing machine. 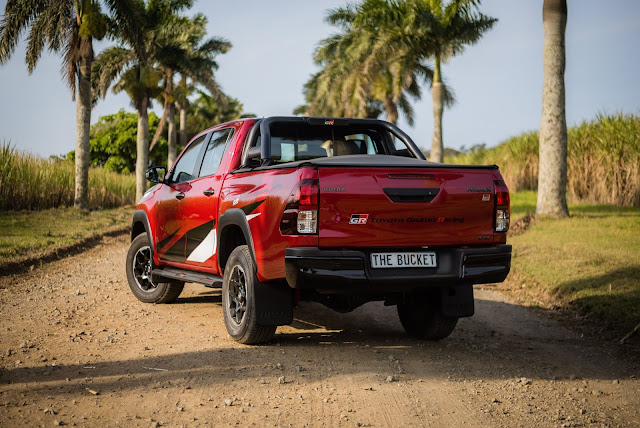 While the overall design of the Hilux GR-Sport is pretty much the same as any other Hilux Double Cab, there are subtle changes to make you aware of this particular model. Those with a keen eye will notice that the Toyota sign on the front grille is spelled out and not just the emblem as on the other models, the bonnet on the GR-Sport is black, there are plenty of GR badges around the car as well as a bigger aluminium side step. The GR Sport also has graphic stickers on the side extending from the front door all way to the bin at the back. The wheels are different to other models as well, with it have blacked out 17" six spoke alloy wheels on all-terrain tyres which have a thicker profile, The car seems to be raised a bit more than normal, could be due to the revised front suspension, giving it that more sportier look. The wheel arches are blacked out and there are hints of carbon on the grille. Moving onto the inside, very much like a normal Hilux but colours and trims that make this one stand out a bit more. The dash made up of a combination of soft and hard touch leathers as well as high gloss finishes in black and red. There's red stitching to the seats and since this being a limited number production unit, a plate with the model number sits just below the gear selector. 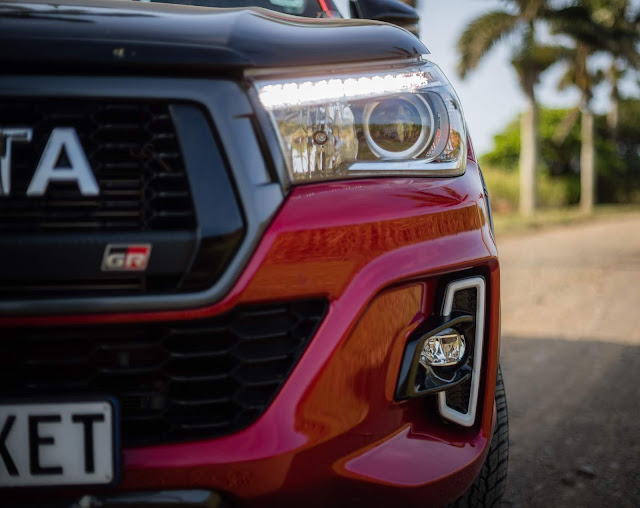 While nothing much has changed under the hood, doesn't mean its not worth mentioning, the GR Sport comes with Toyota's bulletproof 2.8 GD-6 turbo diesel engine which features on popular Hilux models as well the Fortuner range. This engine produces 130kW and 450Nm of torque. While this particular GR Sport model did come with an automatic transmission, the car does have paddle shifts for manual mode. The automatic gearbox does produce 30Nm or torque more than the manual version, this is purely down to the smooth and easy self shifting box. On the road, the GR Sport feels and drives like a normal Hilux, it does feel a bit racy on take off but that could be down to the torque and gearbox. On the dirt, its loads of fun, with it sliding around corners and making dust. This is where you get a real good feel of that revised front suspension setup which consists of a monotube design and revised dampers in action. The GR Sport is a fully fledged 4x4 with all the bells and whistles, it even has a power mode which you can use to up the anti when driving. 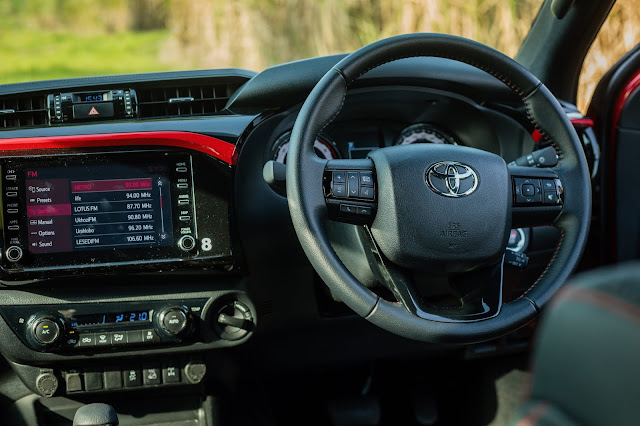 While this may be a bakkie and a performance one, it did feel a hell of a lot more luxurious than other bakkies I've been in. The quality of materials used in the interior are of a high standard, the same as what you'd find in the top of the range Fortuner. Leather dash, high gloss plastic finishes and soft touch leather coverings and steering make the cabin of the GR Sport a very comfortable place to be. The dials of the GR Sport are different to the other Hilux variants, more sportier and finished in white. The large screen infotainment system is easy to use and to sync with your device. The system is compatible with most mobile apps and recently Toyota SA launch an app of their own which is available in the app store of most devices. 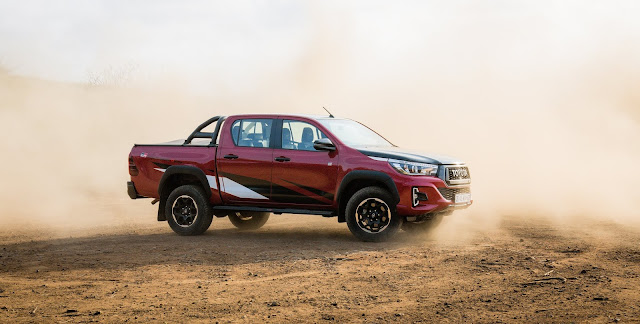 While the price might be a major talking point with the Toyota Hilux GR Sport, it still remains the second most expensive bakkie in the line-up. Also in terms of pricing in its segment, and the exclusivity of the bakkie with only 600 being made, you can see why it is priced that much. The product you getting from Toyota in general is always unquestionably good so this is none the different. Also in terms of the Gazoo Racing models, this is the first model being sold in South Africa, as we were not lucky enough to get any of the GRNM Yaris, but a few months later did get the new Supra. It's a bakkie for the enthusiasts or the thrill seeker, or maybe you just want a collectors edition bakkie, whomever it is, they sure are going to get a great product. 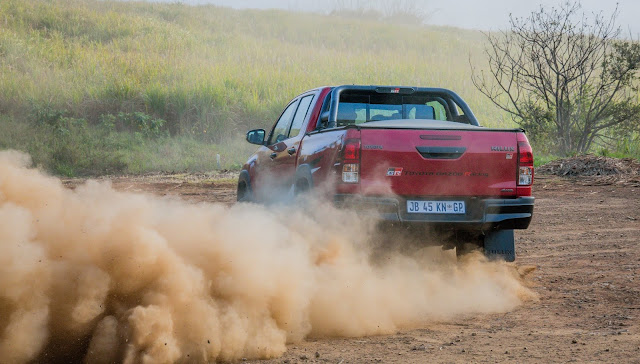