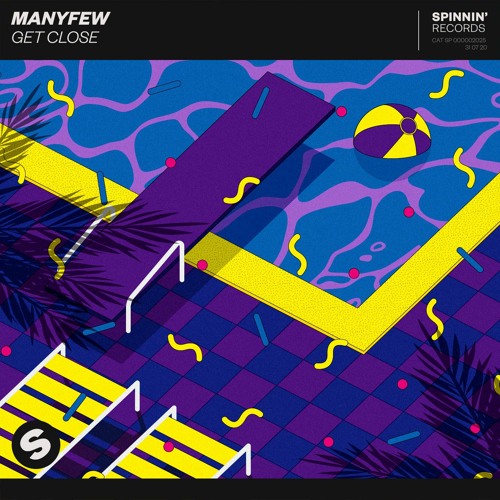 They're blood brothers by relation but also best friends, Jacob and Victor Andersson of Sweden, better known by their stage nae "ManyFew" say they're on a mission to deliver feel-good and dance ready creations to the world. Well guys, we have no problems with that mission and will support you 100% should they all be like today's featured track, "Get Close". The track was released this weekend on Spinnin Records and it is a cracker, it's a mixture of uplifting blend of house and disco which integrates well to the dance music scene. The Swedish duo have been featured on a number of big name artist podcasts as well as played under the Ministry of Sound label, so they've got some experience under the belt and if the beats keep dropping like this one, it will be under big name Swedish dance music name to lookout for in the future.
Posted by Amith at 10:40 AM