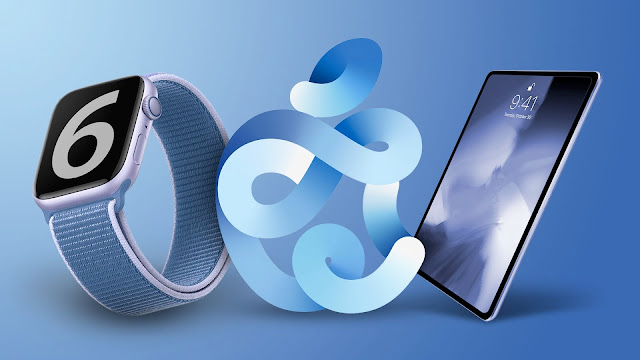 Many who watched the Apple Event last night anticipating the iPhone 12 were left unsatisfied after the event was over as there was no work or mention of the next generation of Apple smart phones but there was a whole lot of other stuff they introduced at last nights event. Like two new Apple Watches, this forms Series 6 and a cheaper SE version with the the Series 6 being priced at $399, it comes with a pulse oximeter for measuring blood oxygen saturation as well as an always-on screen. The SE priced at $279 is basically a Series 5 in a new slimmer body. Apple has launched a new Family feature which allows parents to setup a cellular watch for kids who don't have an iPhone.

Two new iPads were also launched, with the iPad Air getting a new square bezel free design to match the iPad Pro as well as the A14 bionic chip which are rumoured to be in the upcoming iPhone 12. The iPad does not have FaceID but rather makes use od a new Touch ID sensor which is located in the iPad's power button. The RRP for the new iPad Air is $329.

Apple Fitness+ service was also featured at the Apple event, its a fitness service that is custom made for the Apple Watch. It will feature guided workouts and activities for a monthly subscription of $9,99 a month, it will also be included in the Apple One subscription service which is a cross platform service which includes Apple Arcade, Apple Music, Apple TV+, Apple News as well as Apple Fitness, it also includes iCloud storage space ranging from 50GB up to 2TB.