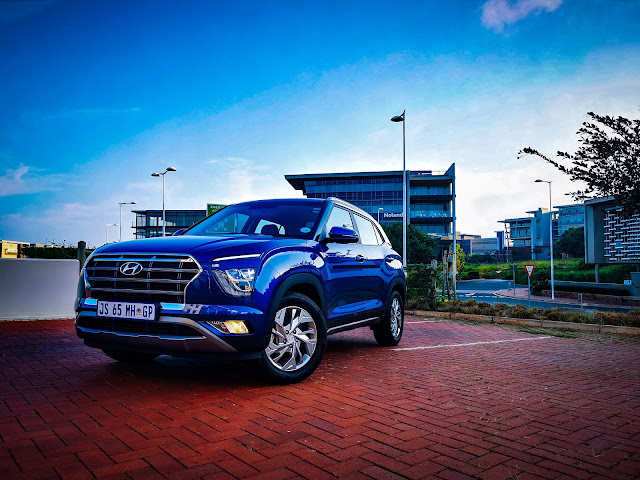 When it comes to quirky and unique designs, look no further than Hyundai at the moment, their SUV/ Crossover range especially has a fun side to it with the smaller budget type vehicles getting quite different designs compared to the likes of the Tuscon and Sante Fe. It really is like a breath of fresh air when you see one of them on the road, for example the all-new Creta which I had the pleasure of driving around for a week recently. The design unique as they come and miles better than the first generation model which in its defense did rather well locally, it does seem like this new model came through quicker than anticipated seeing that the older one was barely 3 years in the market before the change in shape but in all honesty I don't really mind and don't really care. 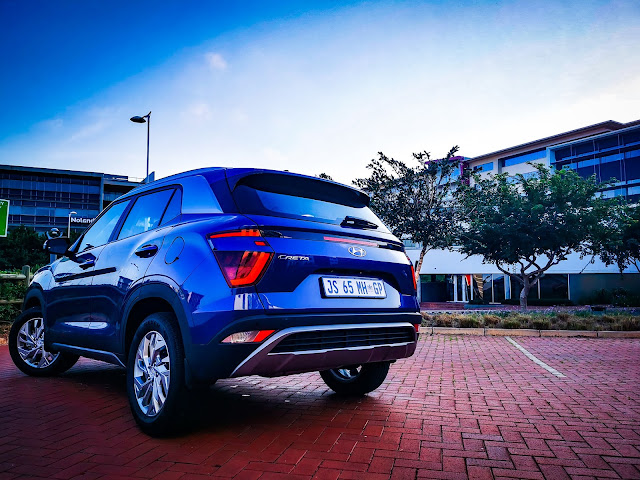 Like I said, Hyundai's designs are fresh, clean and unique. The new Creta has that new design language from Hyundai down to the T with the split front head lamps design making its way to the back. When I first saw it, it kinda looked like the front and tail lights were exactly the same which was weird but cool in a way but after getting the car you notice that it isn't the case but there are stark similarities. I like that Hyundai has added some bulk to the bodywork with flared wheel arches at the rear and a big front nose giving the Creta an imposing look even for a small car. There is lot of detail in the exterior design of the Creta which I really appreciate, apart from cool design, there mixture of materials like chrome accents, brushed aluminum trimmings and the two-tone paint work really made this car stand out in a good way. Even the details in the rims is outstanding and I know I'm being really petty in this regard but it would have been nice if they added some colour to the rims itself to make them standout more. Stepping inside the Creta, its much of the same, great design, comfortable layout for the driver and his passengers, the colour scheme was near perfect to say the least. It is made to look like a high-end SUV, it looks that good. 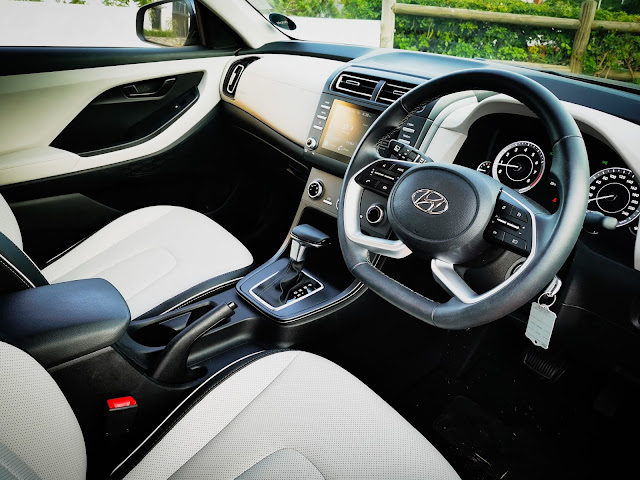 Being a small-to-medium SUV, the Creta came powered with its 1.5L, 4-cylinder Diesel motor which delivers 84kW and 250Nm of torque. Plentiful power for a car this size and while performance figures on these type of cars aren't meant to wow people, I mean the max speed is 173km/h and it has a 0-100km/h time of 11.7 seconds, the thing that strikes you is the claimed fuel consumption of just 5.9L per 100km. This is based on an average combined cycle, rarely do I ever achieve what is written in the brochure or even better it but with the Creta this was the case! Yes, at one point I was averaging close to 5L per 100km at which stage I thought maybe the instrument gauge was faulty. Nope, this car is just damn good and saving you fuel and in this day in age, that is not a bad thing at all. The 6-speed automatic gearbox has a big role to play in this factor as its ratios are near perfect to what the engines output are, the clutch is a torque converter type which assists in utilizing that 250Nm to great efficiency. 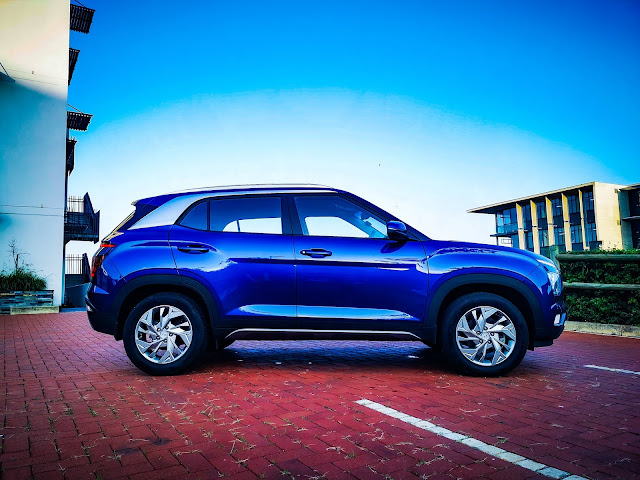 Stepping into the Creta, you may be forgiven for thinking it is a luxury SUV, they really did do a great job in specc'ing this particular model, the black, white and cream colour combination looked smart. The seats are pretty comfy and has that soft perforated leather with black outlines, but that's where the comfort for me ends, while they've done a good job with the colour scheme, after feeling my way around the cabin, the cheaper materials tend to stick out. Majority of the dash, while looks like plush leather is actually just plastic molded with fake stitching, this is a shame as I felt, that while they are cutting costs, they could have used a softer plastic. Still though, its a great place to be with everything conveniently located for both driver and front passenger, the steering wheel has all your necessary controls at your fingers reach, the large 8" infotainment screen is easy to use and it has built-in mobile apps for your choice of device be it Android or Apple. The vent designs are neat and classy, and the space in the rear was generous too. The car comes with standard type single zone AC for all passengers, sound was pretty decent too. All windows are electric with the drivers being one-touch power down and up. Luggage space is sufficient for a vehicle this size with the normal boot allowed 433L which can be expanded to 1,401L when dropping the second row seating. 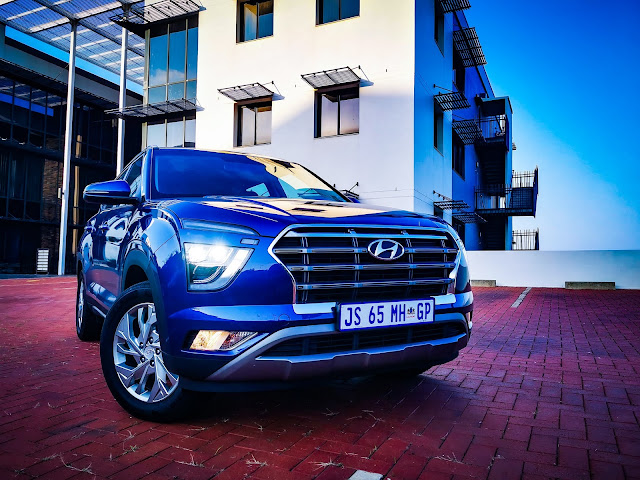 This particular model was the top of range diesel offering on the Creta, it is the 1.5L Diesel Executive, so hence all the fancy trims and finishes as well as the two-tone paint work. Overall I was really impressed with it, the key factor being the fuel economy, comfort of the drive and being in a nice environment while inside the car. Apart from it just looking nice, the Creta really delivered on performance and versatility as I did use it a lot in different applications during my time. Its has a bit of a high price tag but still a winner in my books for what you getting as a total package.