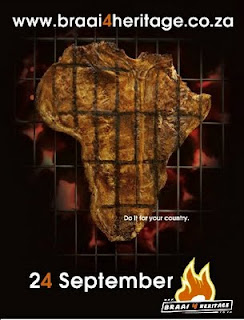 Often when the 24th of September comes around, its seen as a welcomed break for many from the hectic working week. Many use the day to relax or catch up with odds and ends, like they do on many other public holidays. Its sad that such a few of us take note of why we have the day off . Since South Africa dubbed the rainbow nation is home to such a multicultural population that Heritage Day is set aside to for each of the groups to be proud of the cultural background and beliefs, also to learn about others. 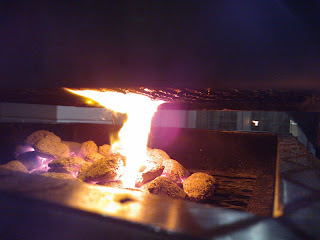 Seeing that the people of SA come from such a diverse cutural spectrum, its funny how we all are pretty similar and like similar things, one of them being having a braai. There's nothing better than to sit around a fire with friends and family, sharing a cold beverage and while waiting for your food to get done on the open flame. This here may seem like nothing but its something that has been pushed for by Jan Scannell, better known as Jan Braai. 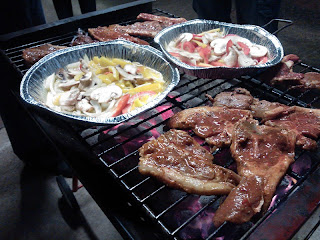 In 2007 he and Arch Bishop Desmond Tutu helped encourage nation building by celebrating Heritage Day by doing something we love, having a braai! It was then "National Braai Day" was born, there was some upheaval from the Government that people were losing the true meaning of the day so the name was then changed to "Braai4Heritage". Last year Jan travelled to th e 3 major cities being Joburg, Durban and Cape Town whilst having a braai in each one for the day, I was fortunate enough to join him in Durban. This year he travelled the country doing "9 days, 9 Provinces, 9 Braais" wasnt lucky enough to join him this time around as work had kept me busy. Jan also has released a recipe book this year titled "Fireworks" so look out for it at your nearest book store.


So come Monday the 24th, dont forget to celebrate your heritage, light a fire, throw a chop on it and enjoy a dop!