That night in Istanbul 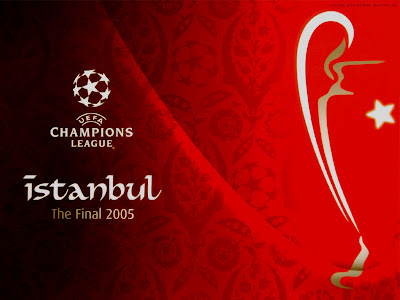 At 9:30pm on Wednesday the 25th of May 2005, I was staring at myself in the mirror of my bathroom wondering what was going on. I was left almost dumbfounded after what I had witnessed, did that really happen? Or was it just a bad dream and I'll wake up soon to go to work. As scary and saddening to me, I can't imagine what the players felt at that instant.

It was the Final of the Champions League, Liverpool FC proved any doubters wrong as they made it through the group stages by the skin of the teeth or should I say by the "OH YOU BEAUTY!" off Gerrards right foot. Then went on dismantle Bayer Leverkusen and humble European giants Juventus before taking on English Champions Chelsea in a thrilling semi final which saw only one goal being scored between the two legs, although Jose Mourinho would still say there wasn't any goal scored. 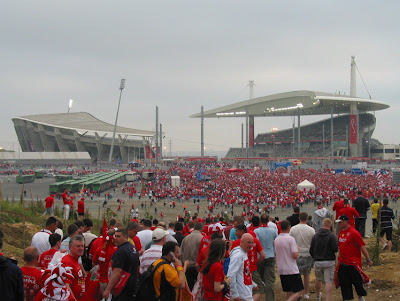 As I stood there in my bathroom, I said to myself, it can't end like this. All that hard work throughout the season, being written off countless times but rising to the challenge over and over again, it would be wouldn't be right. I made my way back to the lounge to gear myself for the pain that the second half could have in store. I sat there and I prayed to the the all mighty, as I'm sure many supporters of Liverpool did. We all prayed for a miracle because that was the only thing that could save us. 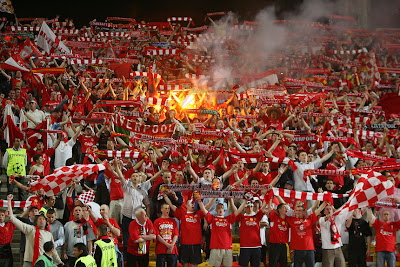 Being 3-0 down at half time in a major final against opponents of the highest calibre would bring down the spirits of any team but Liverpool FC were not just any team, they didn't have any manager, and they didn't have ordinary fans! For during that 15 minutes, the thousands thats travelled to Turkey who were at the Ataturk Stadium in Istanbul made their voices heard by belting out You'll Never Walk Alone, so loud that it and the vibrations could be felt in the change rooms. That coupled with the words by new manager Rafael Benitez reignited belief into those players. 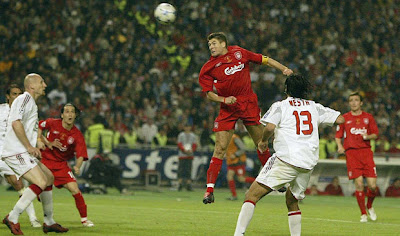 There was still a mountain to climb but with Steven Gerrard leading his troops, he showed them the way. Getting the first goal in the second 45 was always going to be important and a well placed header by Captain Fantastic of the cross from John Arne Riise beat Dida and found itself in the corner of the net, that ignited something beautiful. Two minutes later the Red men were on the attack again, Dietmar Hamann passed the ball to Czech International Vladimir Smicer who didn't think twice and struck a low shot towards goal, which prompted Milan Baros to make his most vital contribution during the 90 minutes... getting out of the way! 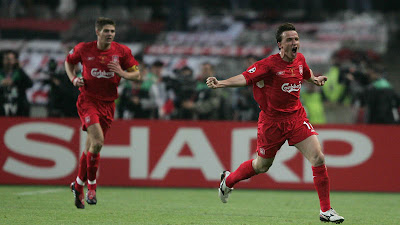 There I was in my lounge barely finished typing out my text message after the first goal to send to my cousin "and the comeback begins" the score was 3-2. I looked up to the heavens, well my ceiling and thought "maybe there is a God?" In what seems like a flash they were on the attack again, who else other that Steven Gerrard breaking his way into the box only to be brought down by Italian hard man Gattuso. Penalty! Step up Xabi Alonso, with practically the whole world watching, he struck his first attempt which was parried away by Dida only for the Spanish superstar to rocket home the rebound. "Mission Impossible. Accomplished!" said the commentator while Alonso nearly had his head ripped off by Baros during the celebrations. 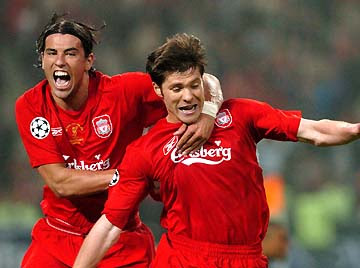 That equaliser sent every Liverpool supporter into a sense of ecstasy I for one was lost for words, belief was always there but to actually see it happen was truly extraordinary. Carlo Ancelotti still says its the worst 6 minutes of his life and what transpired after that will go down as one of the memorable defensive display in a final with Carragher playing through cramp and Hyypia the being the stalwart that he was but the main talking point being Dudek's double save in extra time.. 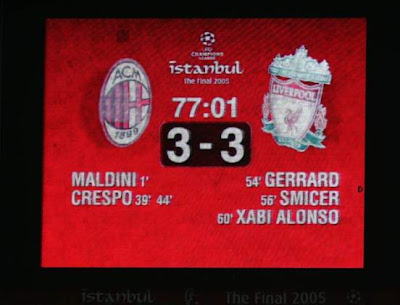 With nerves already half shattered from the 120 minutes, penalties were next to come but by then one already had a feeling that the Gods were looking down on us. Many sing the praises of Dudek which is duly deserved but spot kickers deserve mentions too, the moment got the better of Riise who had his saved but Cisse, Smicer and Hamann who might I add played the game with a broken toe, all converted to hand Liverpool the win and their 5th European Cup. It was an evening of mixed emotions, we all heard stories of the great European Nights of yesteryear but there it was, back for us to enjoy again. There was a particular fan that caught my attention, an elderly gentlemen sat on his own in the stands , overwhelmed with what he witnessed, in tears he took off his shirt to wave as acknowledgement to the players as they made their way around the ground. 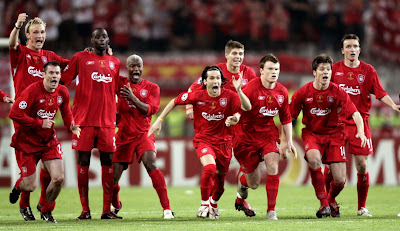 Saturday will mark 8 years to that day but it will forever be etched in my memory, it was one of the greatest nights of my life and has been dubbed as the greatest final ever played, to quote a football great "The English club proved that miracles really do exist" - Diego Maradona. More importantly was what that game meant to me, like everything there was a moral to the story. Never give up, fight for what you want as you will be rewarded, never to dream but believe! 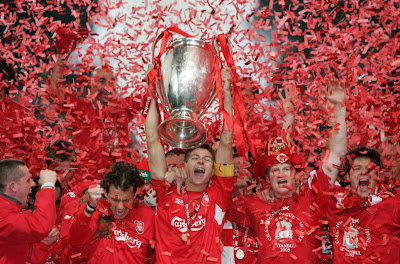