The hybrid car, potentially the biggest advancement in the vehicle industry to help stem away from the combustion engine and the stepping stone to the full electric car, yet the average buyer wouldn't actually consider it as an option when thinking of purchasing a new car, why though? It saves you fuel and is good for the environment, that doesn't sound that bad, I guess the perception of the buyer is that a hybrid car is a bland, over priced hippy-mobile and judging from the first few production models, I'd tend to agree with them and as a young prospective buyer, it could severely damage your street cred if seen driving one... but not any more. 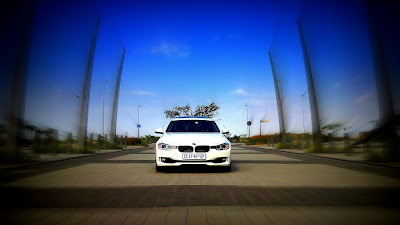 BMW Active Hybrid 3, long name for a car and it has a long badge to suit but to save time I'll refer to it as the AH3. My first encounter with this car was at the E Mobility summit that was held in George earlier this year. From the few hours we had with the cars, it was hard to get a true indication of just how good this car is. Yes it is a hybrid but it doesn't look bland or boring, it looked like your standard BMW 3 series, it had all the comforts you would find in a standard BMW 3 series and just to make sure it didn't pose a threat to my street cred, during my time with it, I paid a visit to the local drags on a Saturday night. No I didn't race it, I just wanted to see the reaction. First thing the guys will look for is the rims, on the AH3 BMW have fitted an exclusive 18" mag wheel that is designed to slightly enhance aerodynamics and brake cooling, they look the pretty awesome as well. Apart from that and the badge, one really can't tell the difference so your reputation is safe. 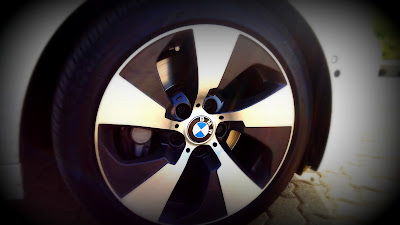 BMW always had a rich heritage in performance cars and instead of reinventing the wheel they're sticking to what they're good at and what their customers want, so under the hood along with the electric engine you will find the massive 3 litre, twin turbo, 6 cylinder engine taken from the 335i. Now thinking about it logically, hybrid = go green, protect the planet, etc... by slapping in a massive engine this car has the potential to be either utterly stupid and pointless or mind blowingly brilliant and leave you with a massive smile on your face. 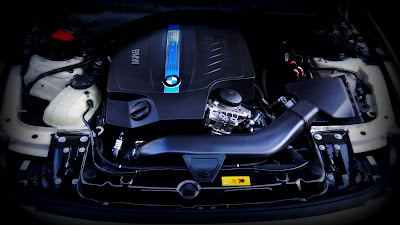 When you start the car the cabin is greeted with the silence from the electric motor, it takes you around at speeds up to 80kph with ease and when need be the transition from the electric to combustion is almost seamless, even when a sailing speed is reached, the engine cuts off and allows the car to continue at that speed with the electric motor. The various driving modes it offers is tailored to suit your driving style, If I had to, I'd say this car has a Jekyll and Hyde complex. Not that its a bad thing, as when driving, it can be cool, calm and collected but when need be you can unleash the monster it and boy does it sound good! The performance only gets better when you realise the electric motor aids the petrol engine with the clever e-boost function that activates when going up hill, thus saving the trouble of it down changing in its 8 speed gear box to a lower gear and as a result using more fuel. 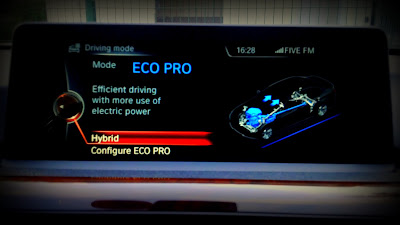 You can monitor which engine is in use from the heads up display in dashboard, which is controlled from the control panel located next to the hand brake. Other info regarding the car can be accessed from there including things such as oil level, tyre pressure and other general things from the car. 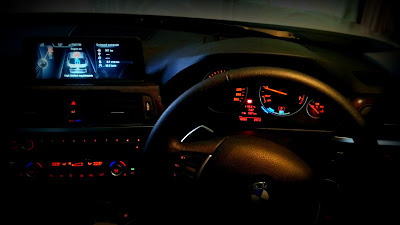 With the electric engine, there has to be batteries to power it, these can be found in the boot just behind the passenger seats. They do add a more weight to the car but with the perfect 50/50 weight distribution this doesn't prove to be a problem at all as the car handles beautifully around any corner you point it at. The batteries recharge when the car is slowing down or braking, again all the info is displayed on the info screen in the car. 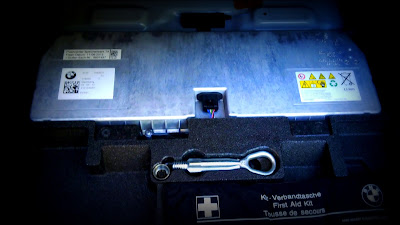 The claimed fuel consumption is said to be 6.5l /100km if driven diligently on the Eco Pro mode, which is brilliant for a car of this size, and during this time with the forever increasing petrol price, any owner would love those figures! However, realistically many will be doing a lot of mixed driving much like what I have done but still I managed to keep it to an average of 9l / 100km and eventually end up doing 750km's on the 57 litre tank. That is still is pretty darn good if compared to other cars in its bracket. 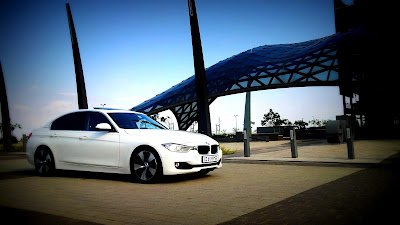 Space wise, the car is big and spacious whether you're sitting at the back or the front there is plenty of space for it to seat four adults comfortably, you can try squeezing five but better hope the person who has to sit in the middle at the back doesn't mind being cramped up. The ride is smooth, even with the 18" rims the car seems to glide over any bumps on the road. 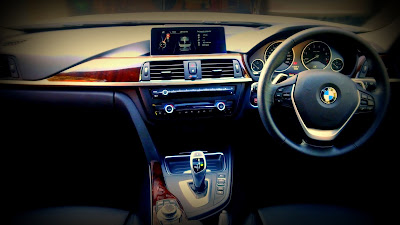 
The car I had was loaded with extra's, being part of the press fleet I guess BMW wanted to show what they had to offer. Most of the extras sound like a waste of money but as I learnt they all are pretty handy. Park distance control or PDC as its most commonly known is taken a step further with a 5 camera system fitted to the car. When parking you get an aerial picture of the car and its surroundings, at first you head is trying to get around how they actually do it but with camera's cleverly located under the side mirrors and on the boot lid, they help give the driver a better perspective of the area he is in. The other two camera's are located on the sides of the front bumper to help avoid you bumping into any low lying obstacles. All of this was pretty cool to have and made parking a piece of cake even in the tightest of bays. 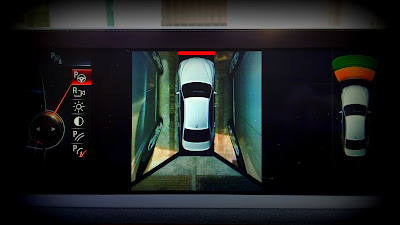 Other extra's included electric lumbar support seats that made driving all that more comfortable. Satellite Navigation, very simple to use and extremely accurate.  Heads up projection on the windscreen, which I quite liked as it displayed very subtly to the driver info on the speed he is doing, the speed limit for the area and also displayed other info such as instructions from the SatNav, phone book info and media info on the track or radio station you're listening to. Active speed cruise control, which was also wasn't rocket science to use, all the functions could be found easily on the steering wheel. I'm not a fan of a sunroof but the glass one it came with is very neat and looks good. The Harman Kardon surround sound system was a winner in my books though the 6 DVD shuttle in the boot didn't serve much relevance to me. Bluetooth syncing was straight forward, combined with the voice command prompt search for phone numbers and having your texts and emails displayed on the info screen was a major plus. USB and Aux ports were available but many already have their favourite playlists on their phone so streaming it via Bluetooth was a major plus. 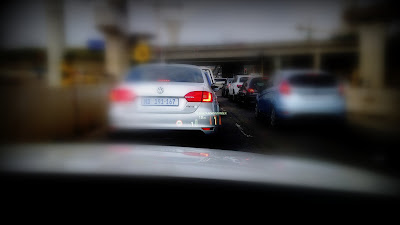 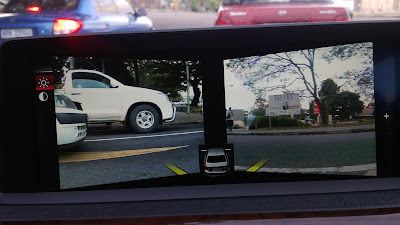 Overall I don't think I could some up this car properly in words. What BMW have managed to do here is mind blowingly brilliant, so yes I was left with a huge smile on my face as I thoroughly enjoyed driving the car and it lived up to their slogan of Sheer Driving Pleasure. I even tweeted the night before I had to give the car back, if it was possible for one to form an emotional connection to a car because essentially that's what happened during the 7 days I had it. The car although so high tech, was a pleasure to have around and totally changed my perception on hybrid cars. The price is a little out of reach for my budget at the moment but it is a worthy investment if you consider how much you'll end up saving when filling up. To see BMW make such an advancement in the technology used in this car, I cannot wait to see what the performance hybrid i8 has to offer! 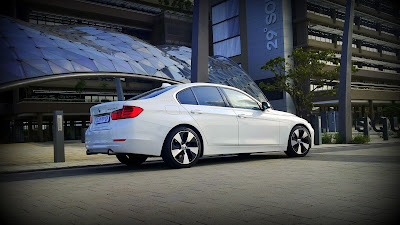 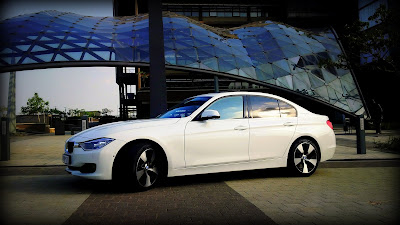 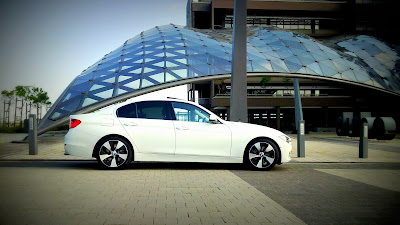 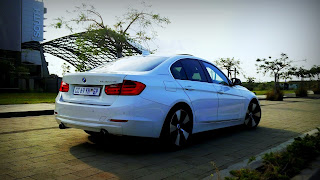 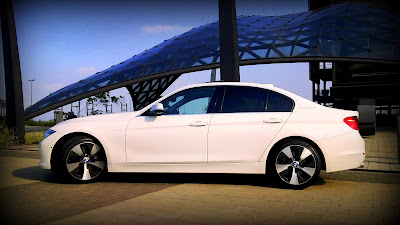 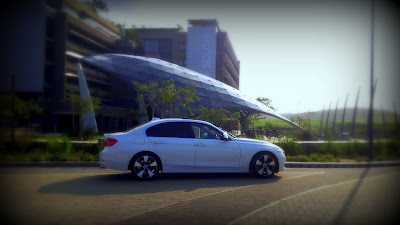 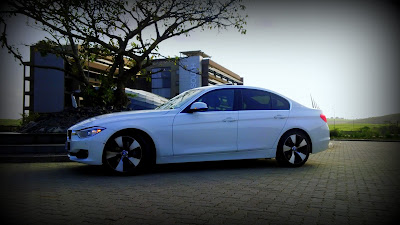 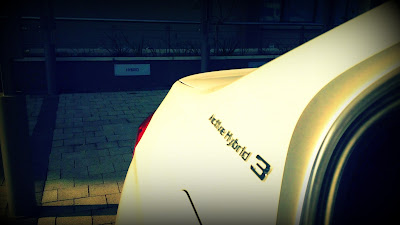 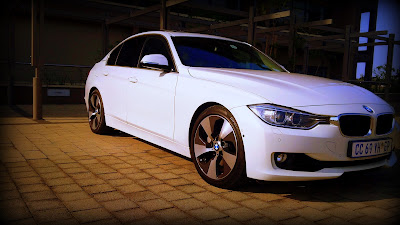 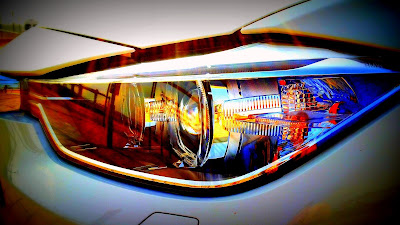 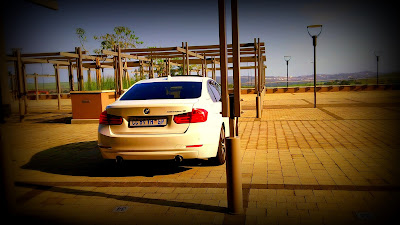 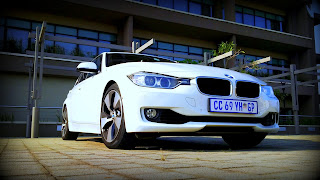 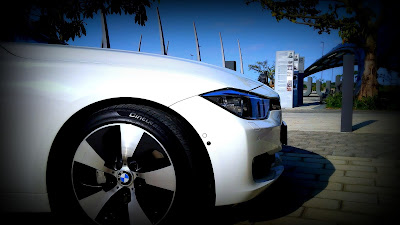 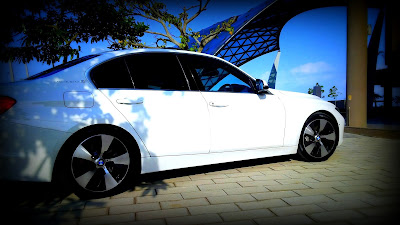 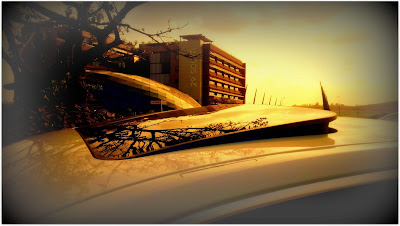 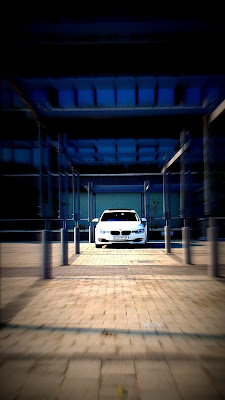