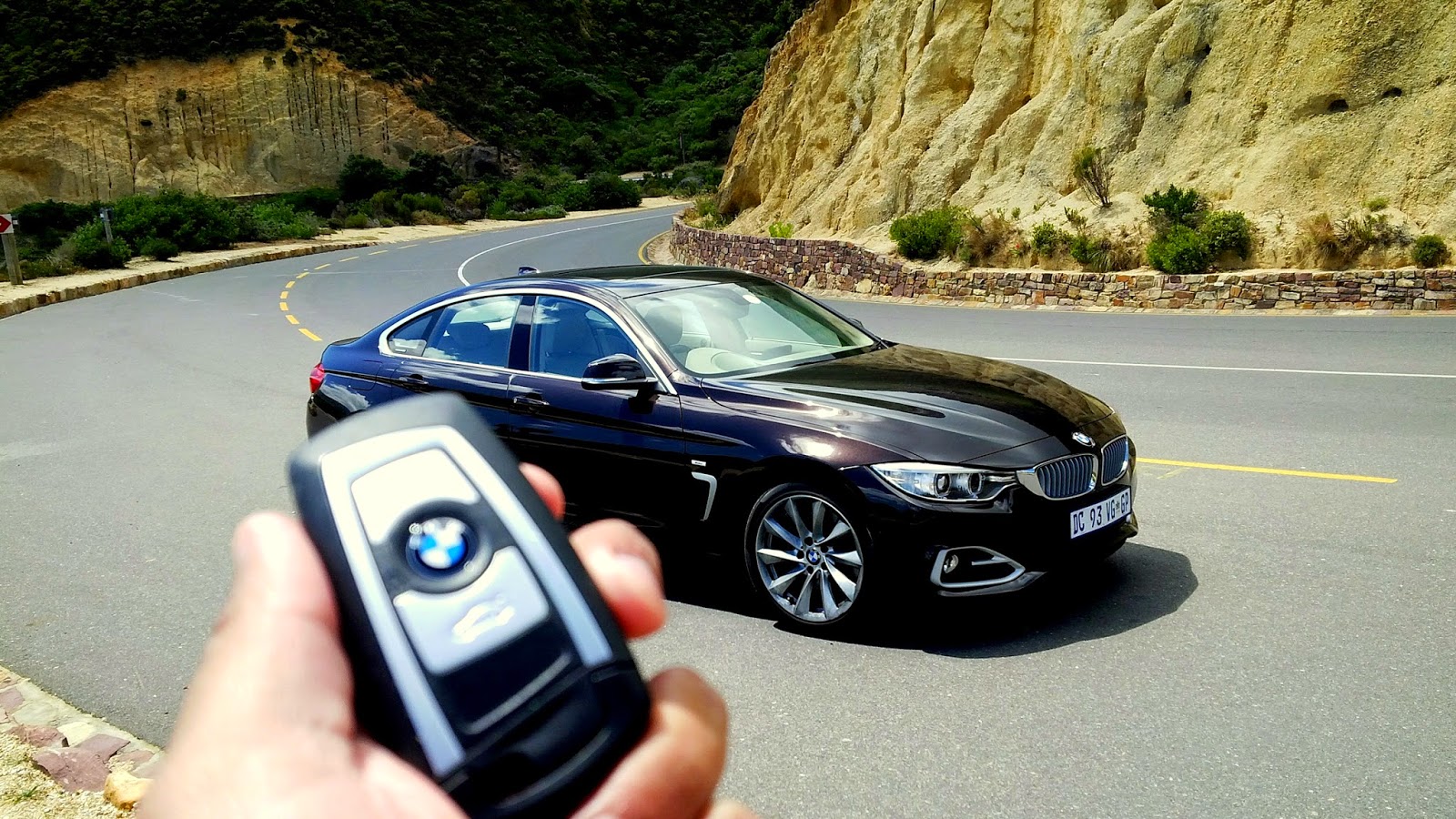 When BMW announced they were making a four door variant of the 4 Series, the Gran Coupe as it's called, I thought they lost the plot. I mean the 4 series was a two door version of the 3 series right? Well... I learnt that wasn't the case when I tested the 428i but it still begged the question, how much different could the 4 Series Gran Coupe be to the 3 Series? I headed down to Cape Town this past weekend to find out. 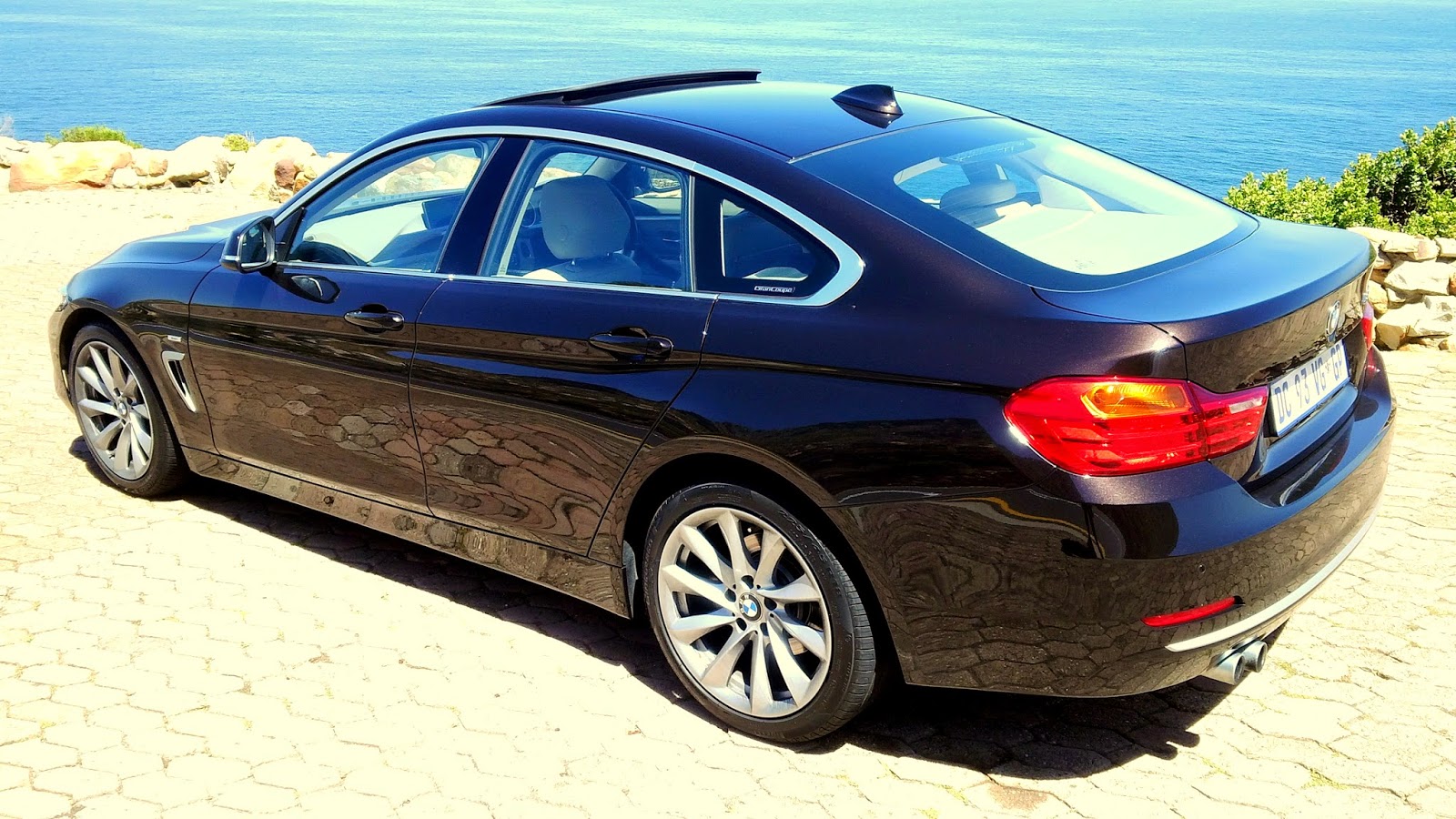 Impressions
Upon arrival I was greeted by this quite striking Sparkling Brown Metallic BMW 428i Gran Coupe, it had the Modern Package which was the first time I've seen it. The metal details with matte finishes are quite striking and give the car a bold appearance and it also added a good ying and yang factor with the dark colour paint. The car for some reason looked long, even though its the exact same length as the Coupe, probably some magic in the design that makes it seem that way. All the doors were frameless so it still gave you that sports coupe feel. 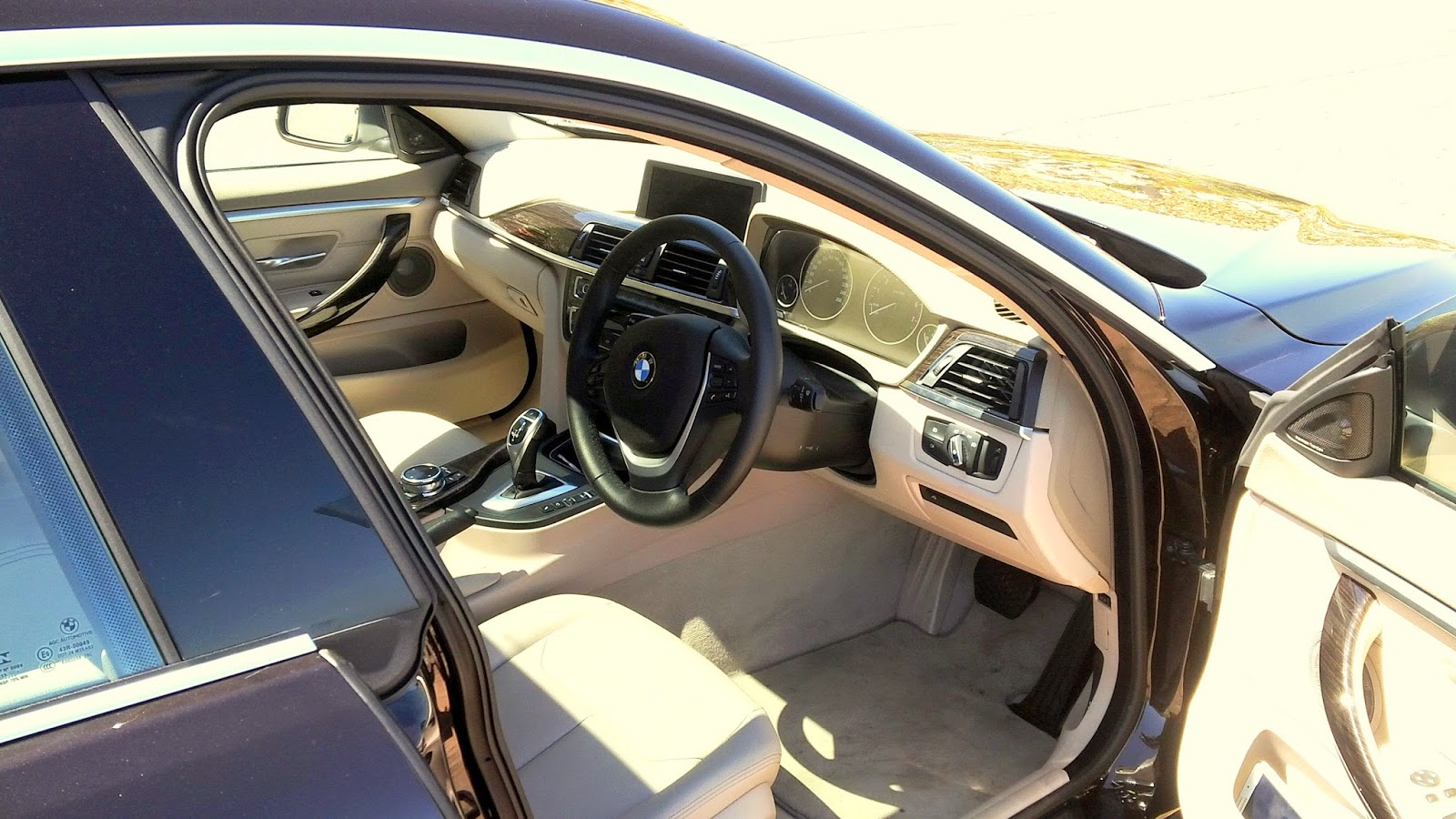 Comfort
The 4 Series Coupe had seats in the back for two extra people but as I explained, although one could fit adults in there, it did prove to be a hassle to get in and out. By having their own access this made things much better which adds more brownie points for the car. Also with the high roof line it makes the cabin more spacious for the passengers at the back. The rear seats are also sport styled bucket seats and they have climate control aircon for themselves. At the front it is pretty much similar to the four, you are seated lower than normal so you still get that sports coupe feel. 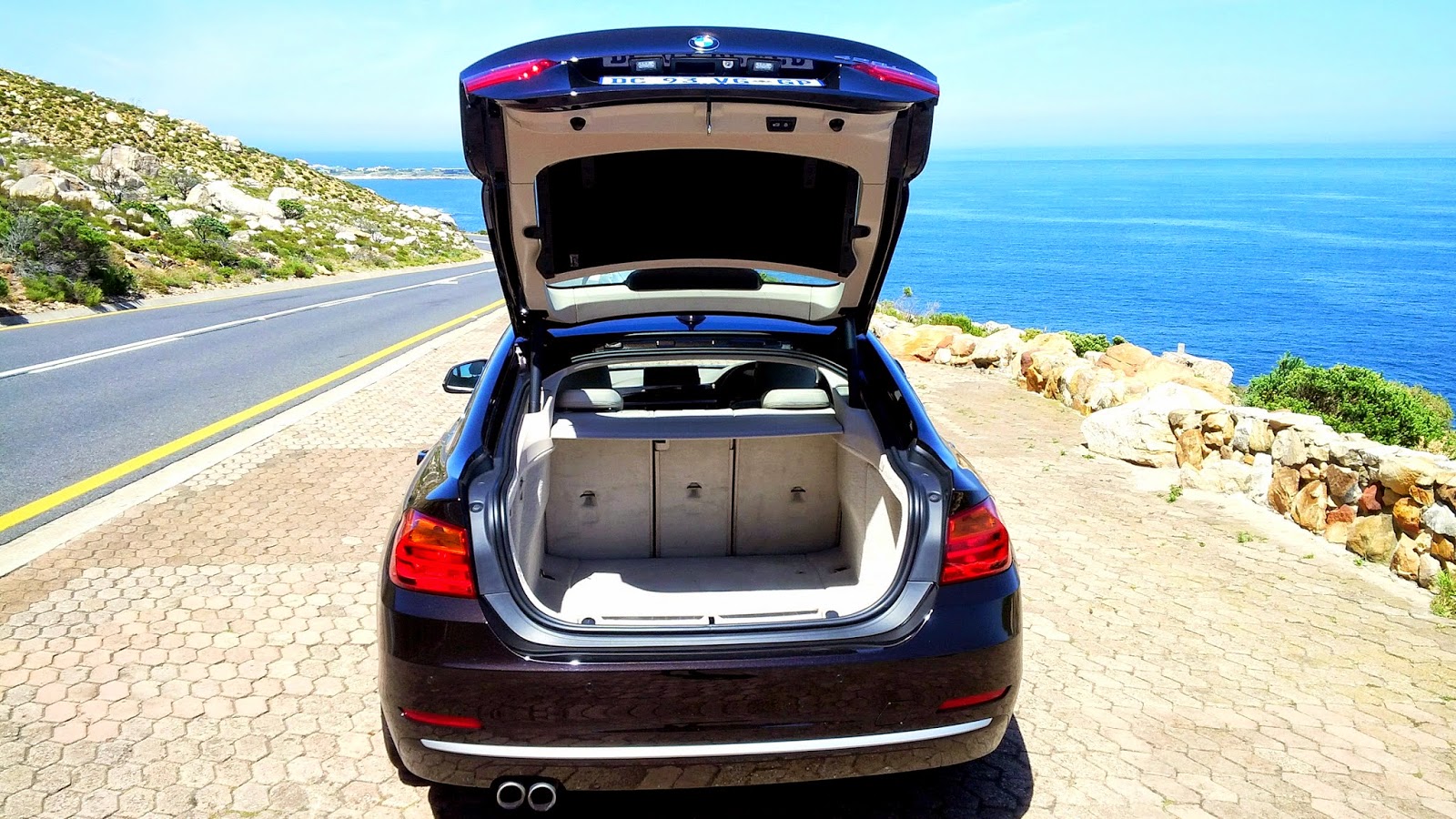 Storage
With the Gran Coupe having two extra doors, I imagined the boot to be pretty tiny which was stressing me a bit since I had a rather large bag. The rear windscreen forms part of the boot lid hence giving it that hatch look hence increasing the opening and making it much easy to load and off load. The boot is huge, one could easily load 3 large suitcases in there or even 3 golf bags with ease. There is also the storage optional extra that provides you with extra netting and a compartment space under the boot floor. 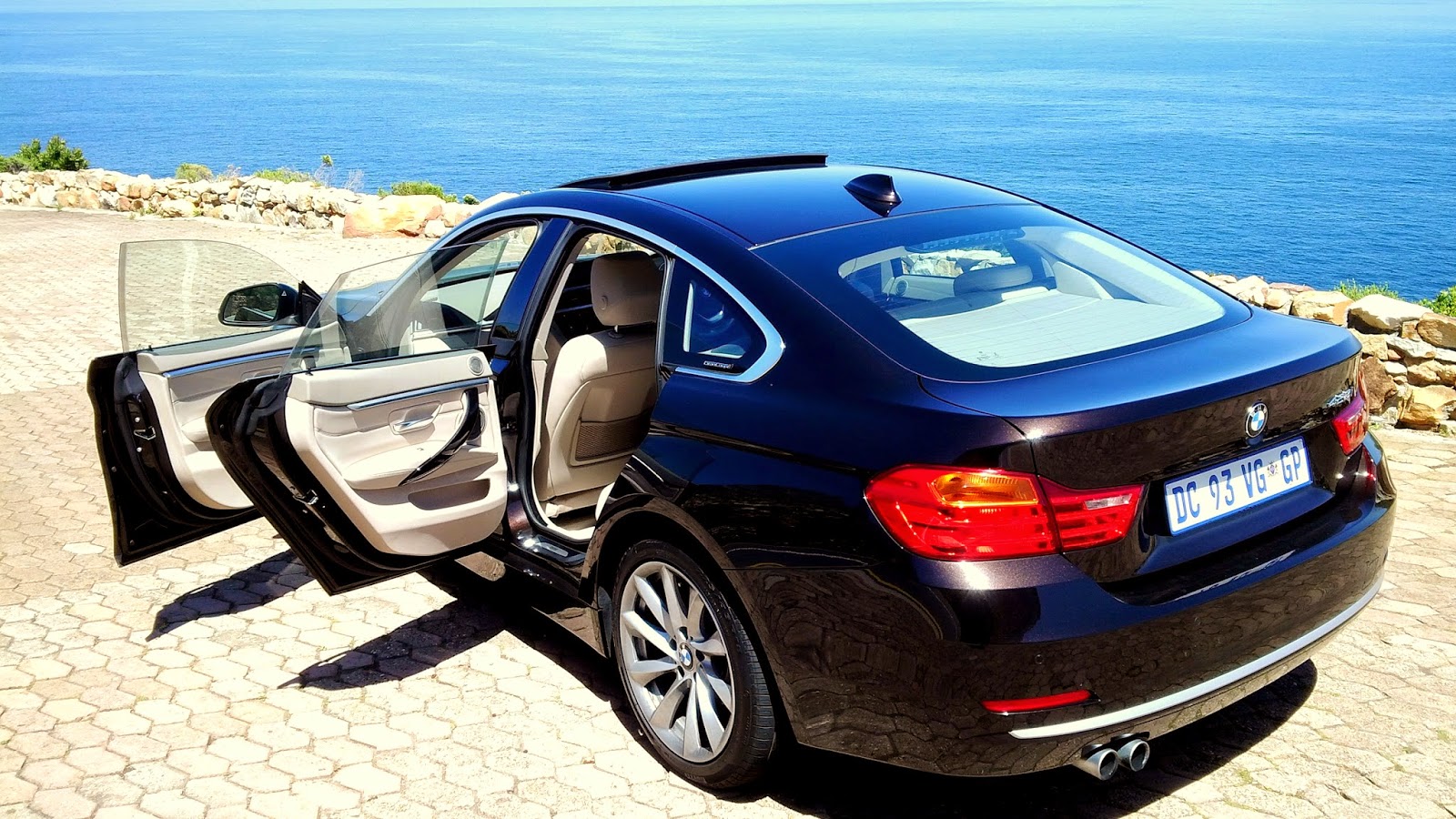 Power
Not sure whats with me and getting the 428i's, I've had the Coupe, Convertible and now the Gran Coupe, not to say I'm disappointed. I personally think this is the star engine in their line up and even with the additional 50kg weight it still exceeded expectations. Again the 2 litre, 180kW engine was more than adequate too propel the car as I navigated through the fairest Cape.  The car came with BMW's much acclaimed 8 speed sport automatic gearbox, like the others, the car when pushed keeps its revs high as it maximises use of every gear. When switching over to manual it proved to be quite fun when going in and out of the bends through Chapmans Peak Drive and it made for quite nice listening as the engine coupled with the twin exhaust providing an epic sound track. 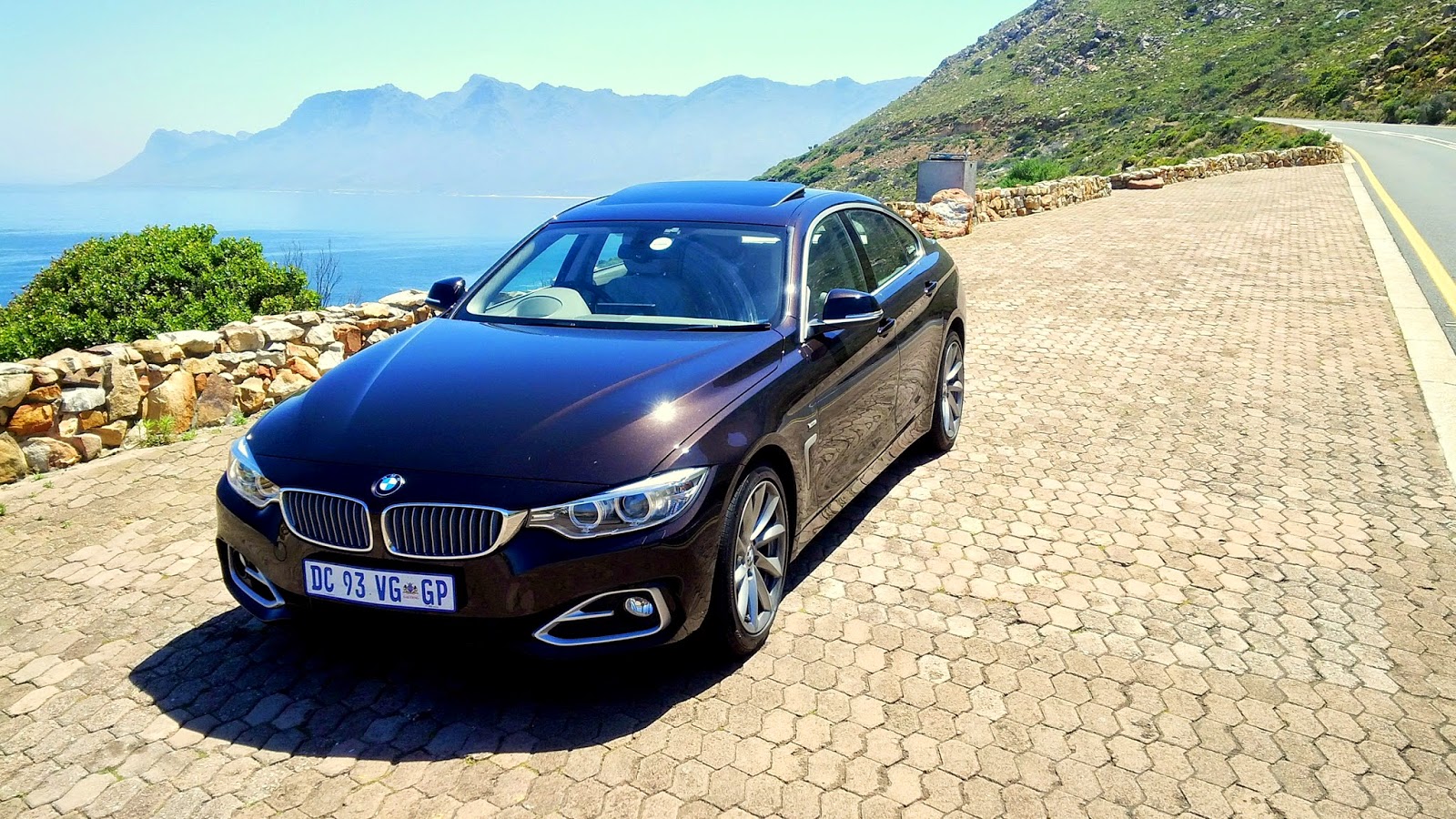 Control
Like I said early, its just 50kg difference between this car and the two door, which in passenger car terms is minimal. The car is well balanced, even with the large rims and wide wheels it provides a smooth ride and sticks to the road. 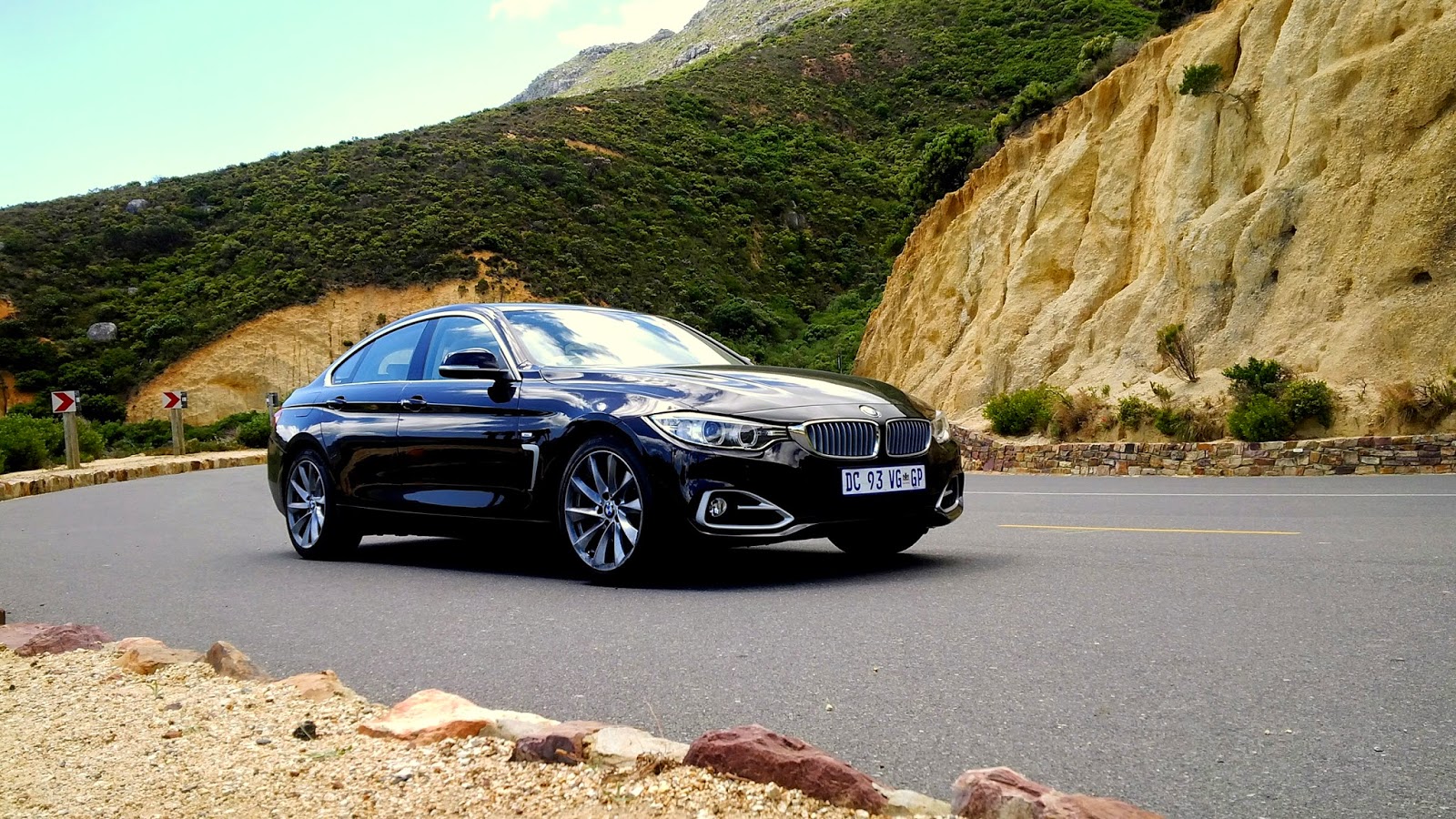 Extras
For fun I decided to see how many optional extras the car came fitted with, I counted at least 10. Then I popped into to the local BMW dealer to see if he could run the vehicles vin number and get an accurate list of what the car really came with... safe to say if this was a competition, I was way off. It came with 28 optional extras! The stand out ones for me as always were the camera package, adaptive LED lights, Harman/ Kardon Surround Sound Package and for the first time I got to test BMW's Connected Drive. outstanding feature by BMW providing the driver live communication with BMW's call centre to help you with almost anything. 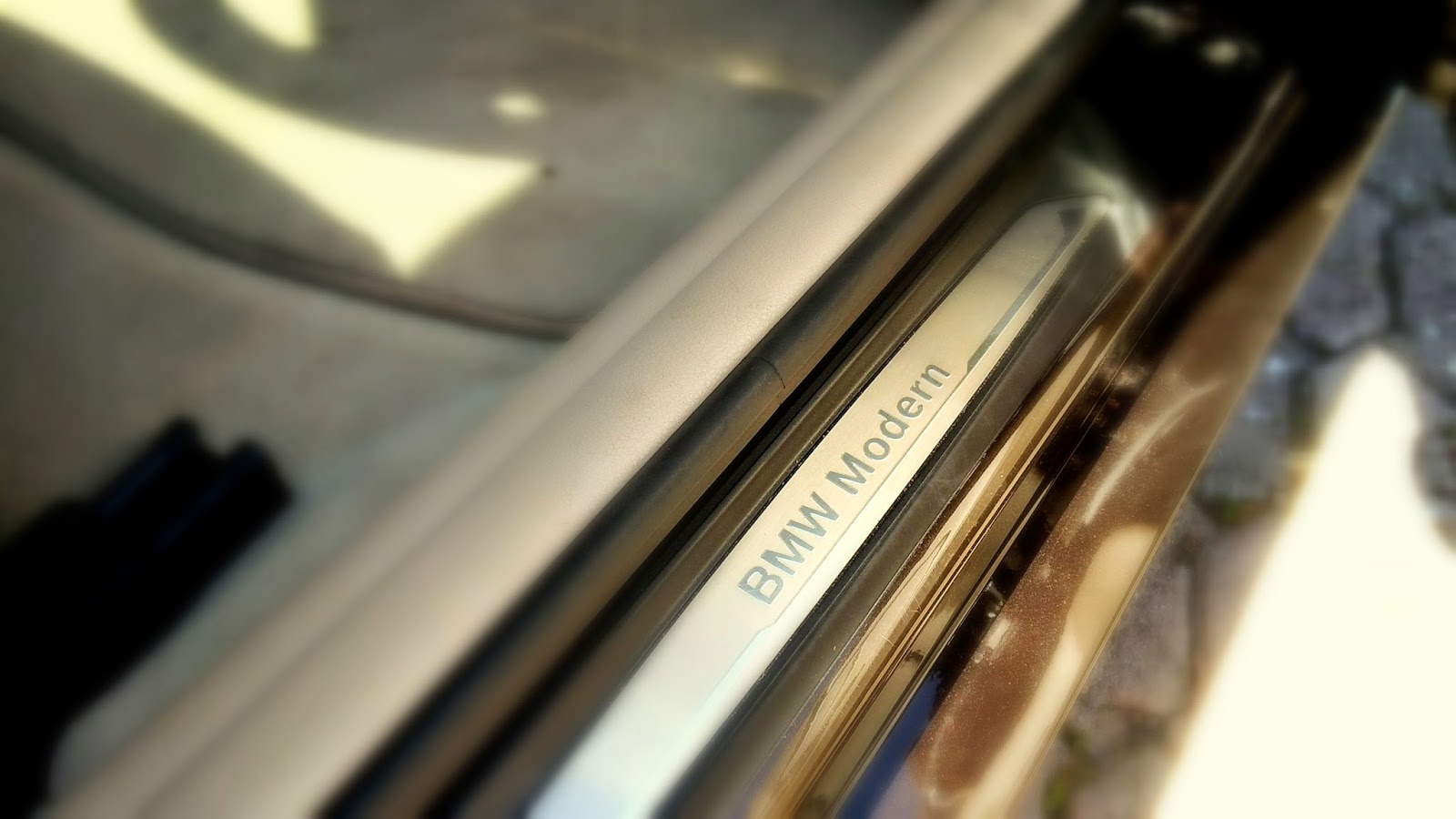 Verdict
This car is different, it's not normal at all and I love it for that. It feels like Coupe but it is practical as a sedan. It's better looking than a sedan and you look better driving it than you would in a sedan. Seeing that Cape Town is the land of the hipster, I'd be tempted to call it the hipster of cars seeing that it is out of the ordinary, cool and well hip but I'm not sure if I would be doing the car much justice...plus it doesn't have a beard and run on craft beer. Honestly if given the choice for this over the either the 3 series or the normal 4 series, I would choose the Gran coupe every time, to me it is that good of a car, not mention is gave me 650km from a full tank with mixed driving. 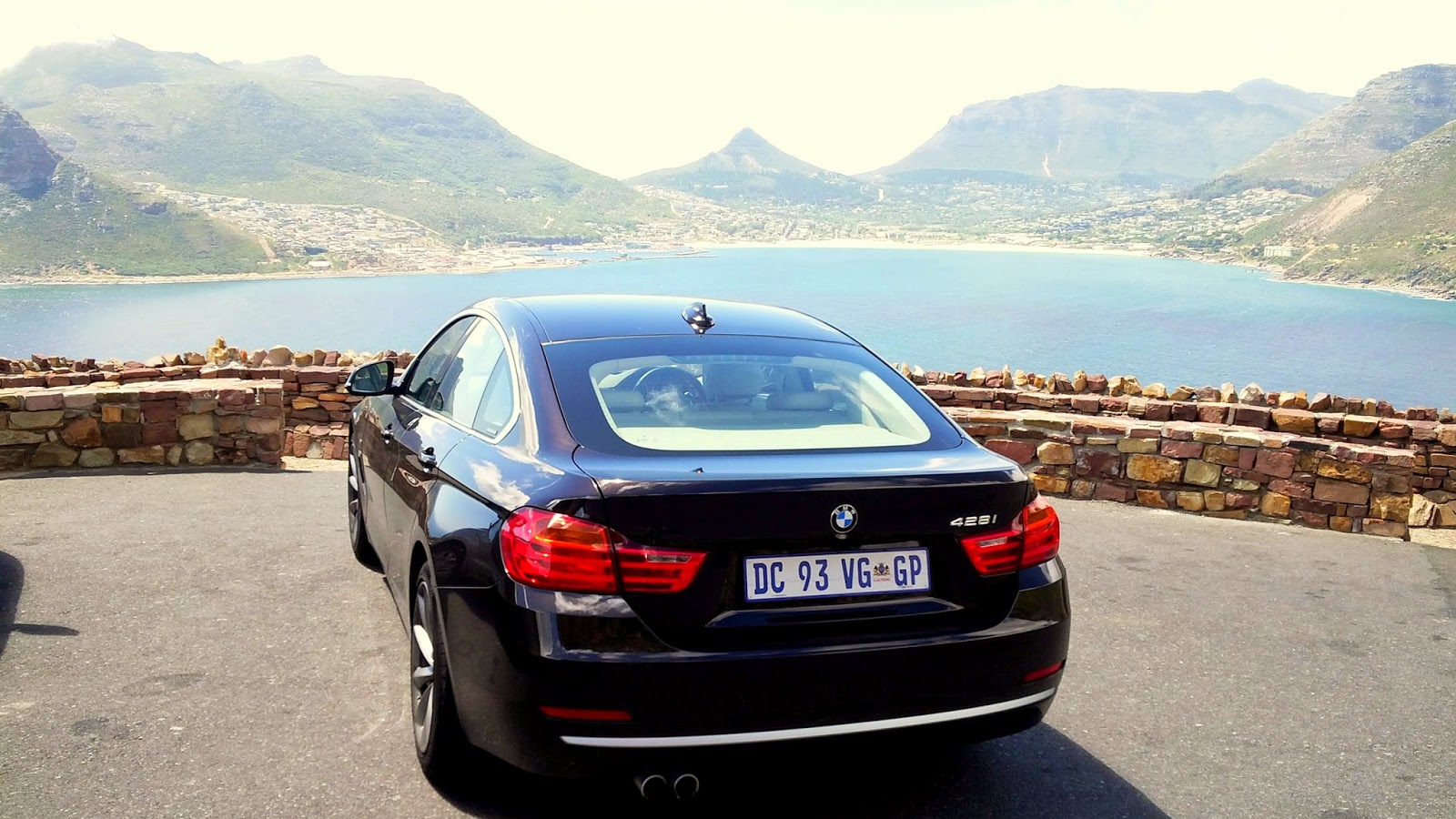 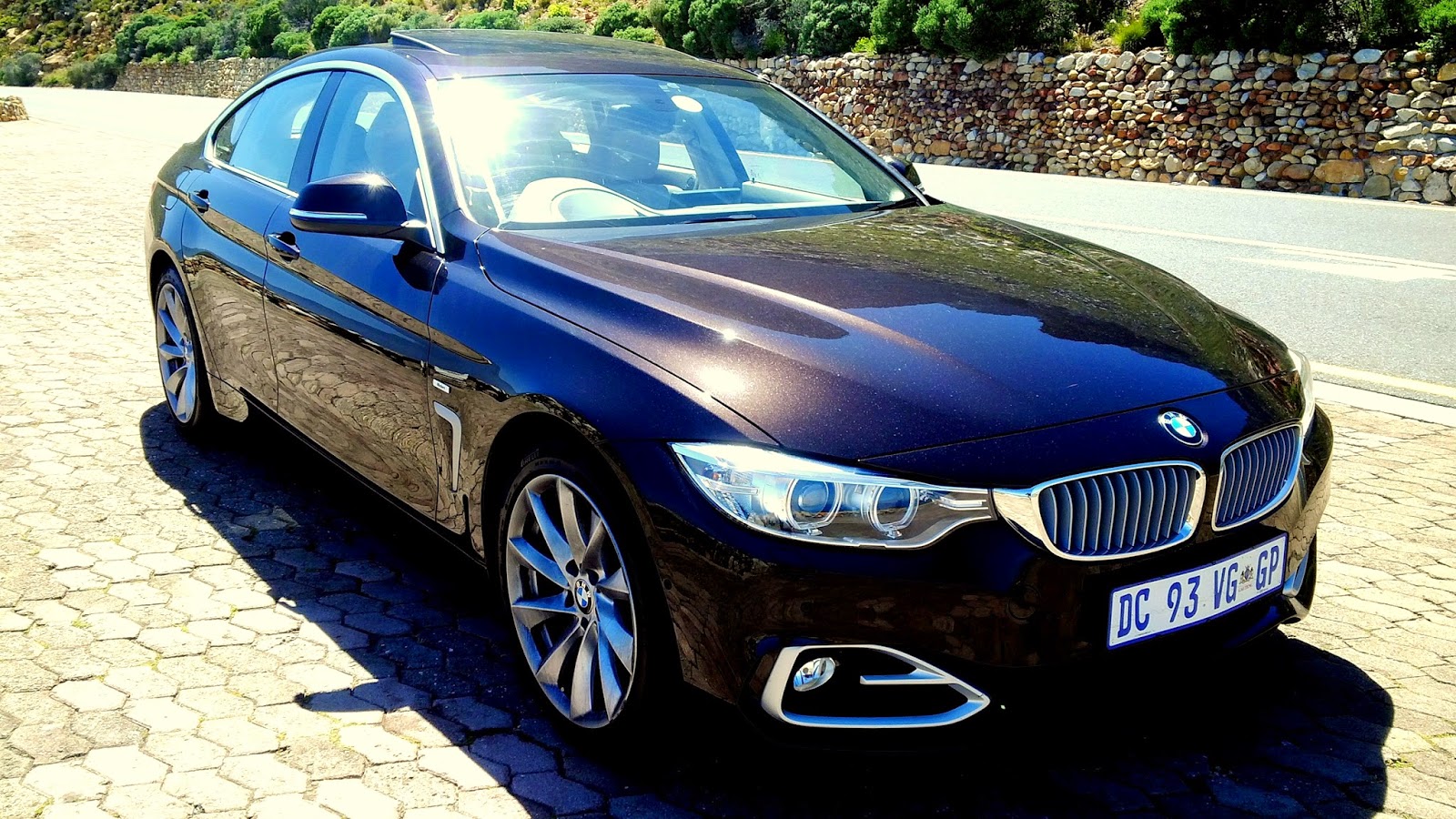 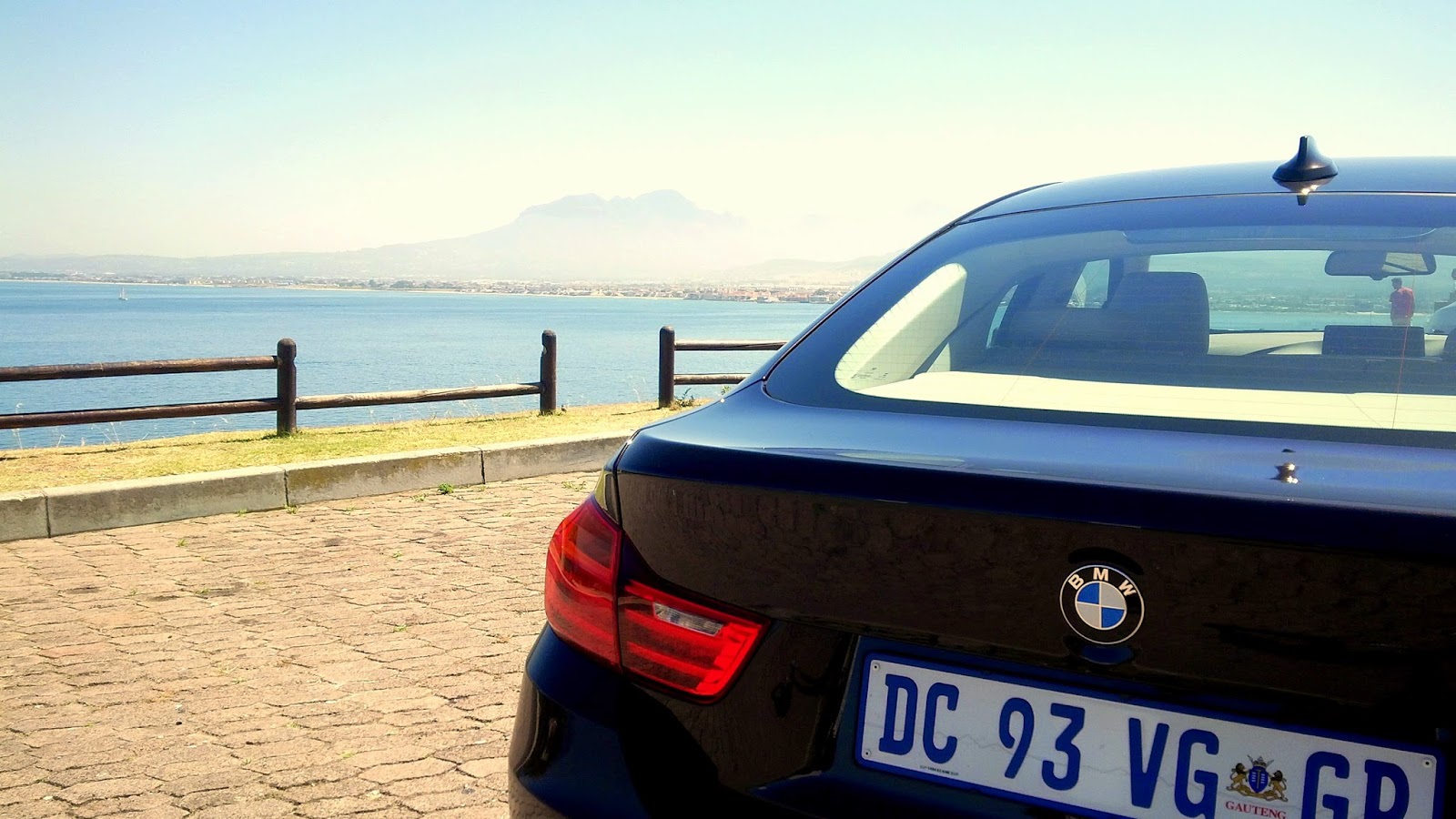 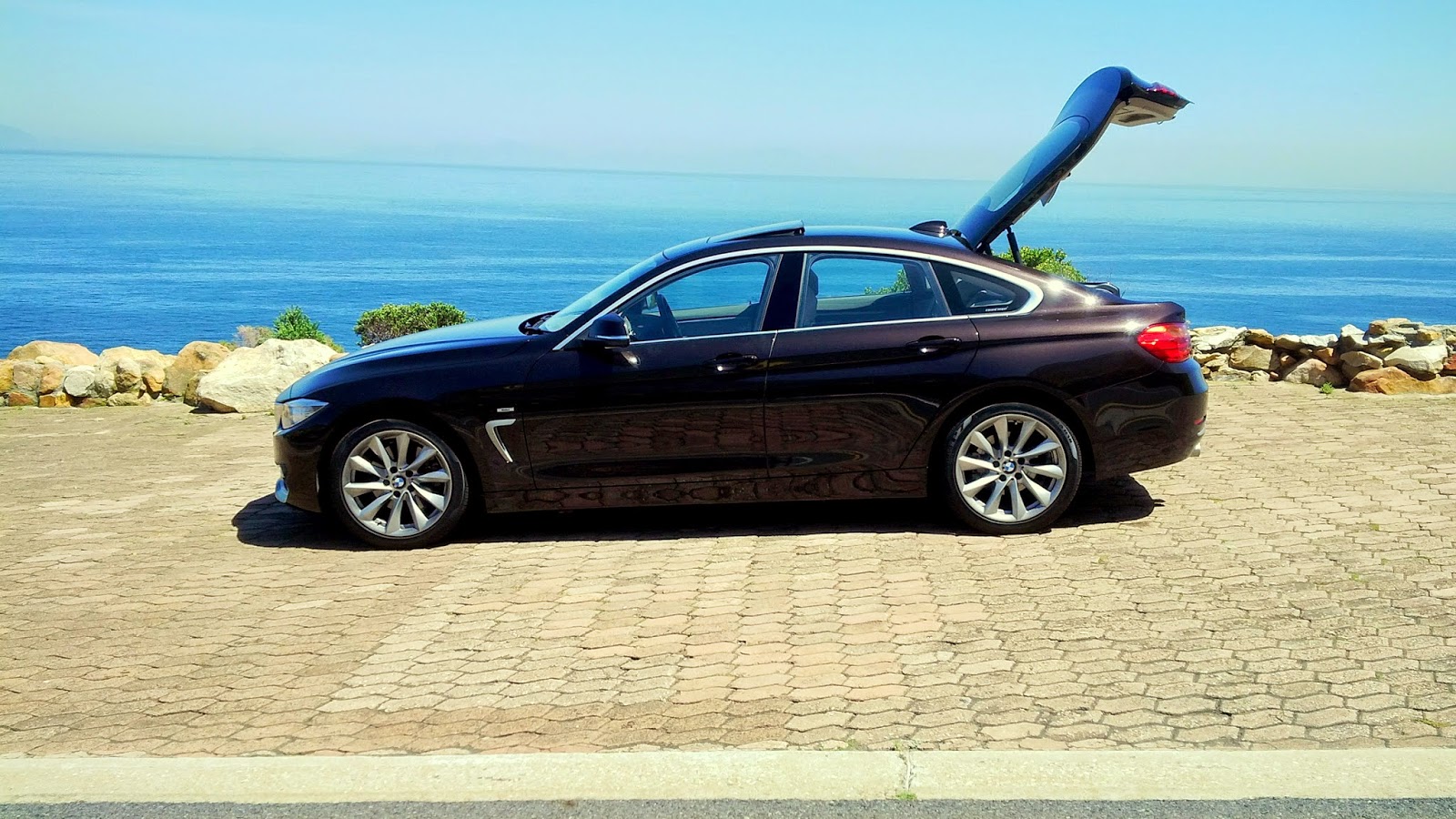 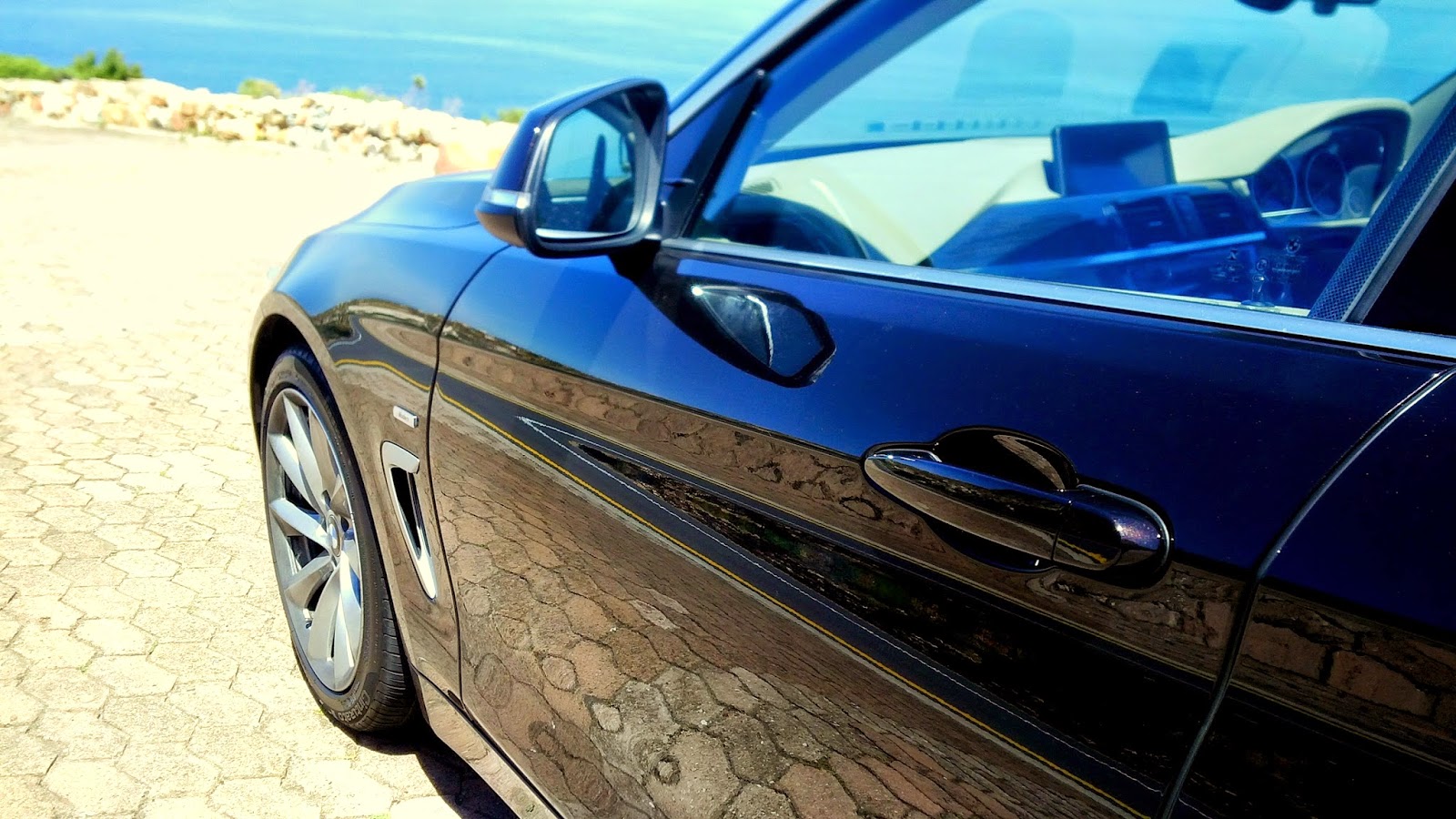 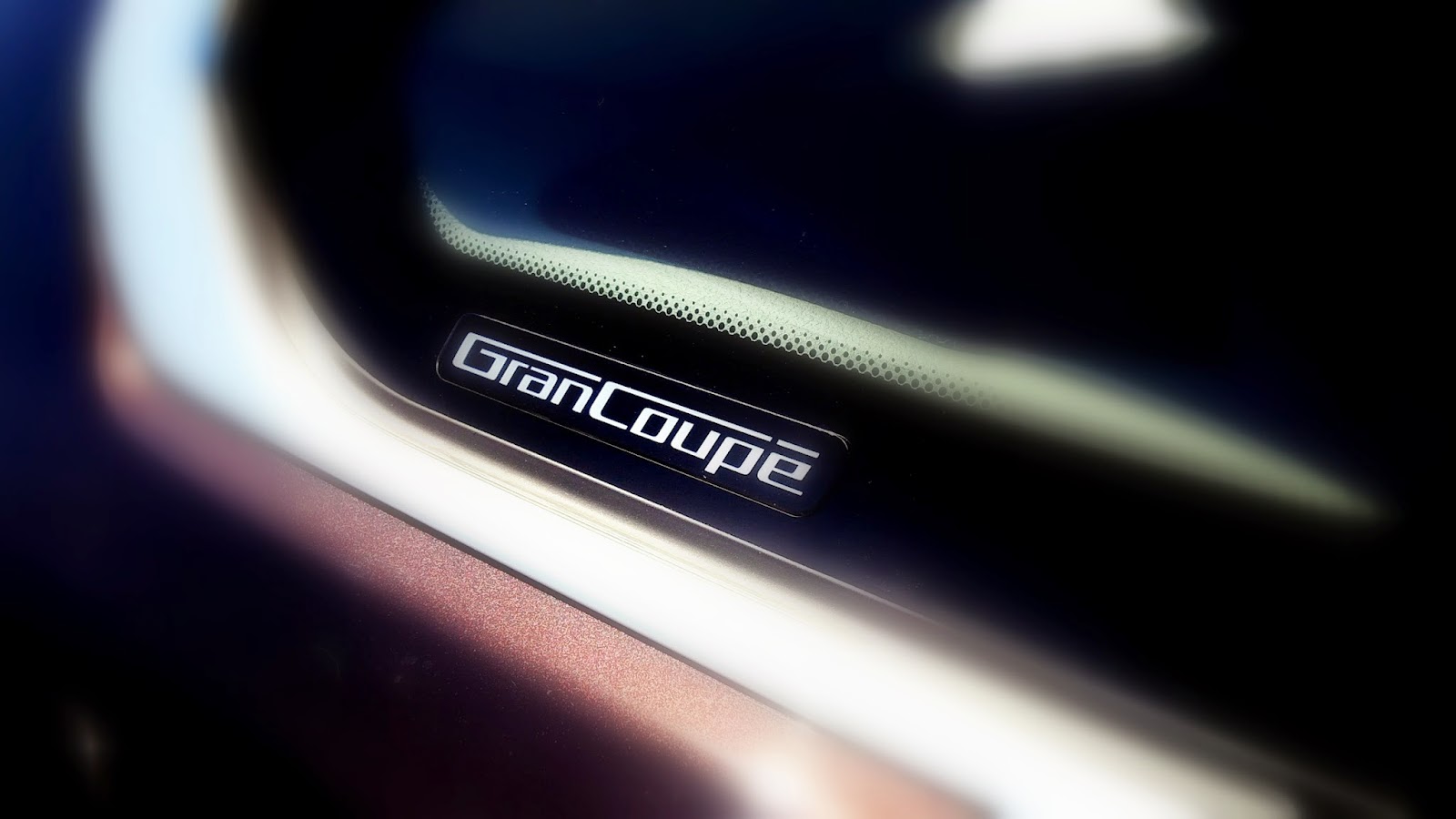 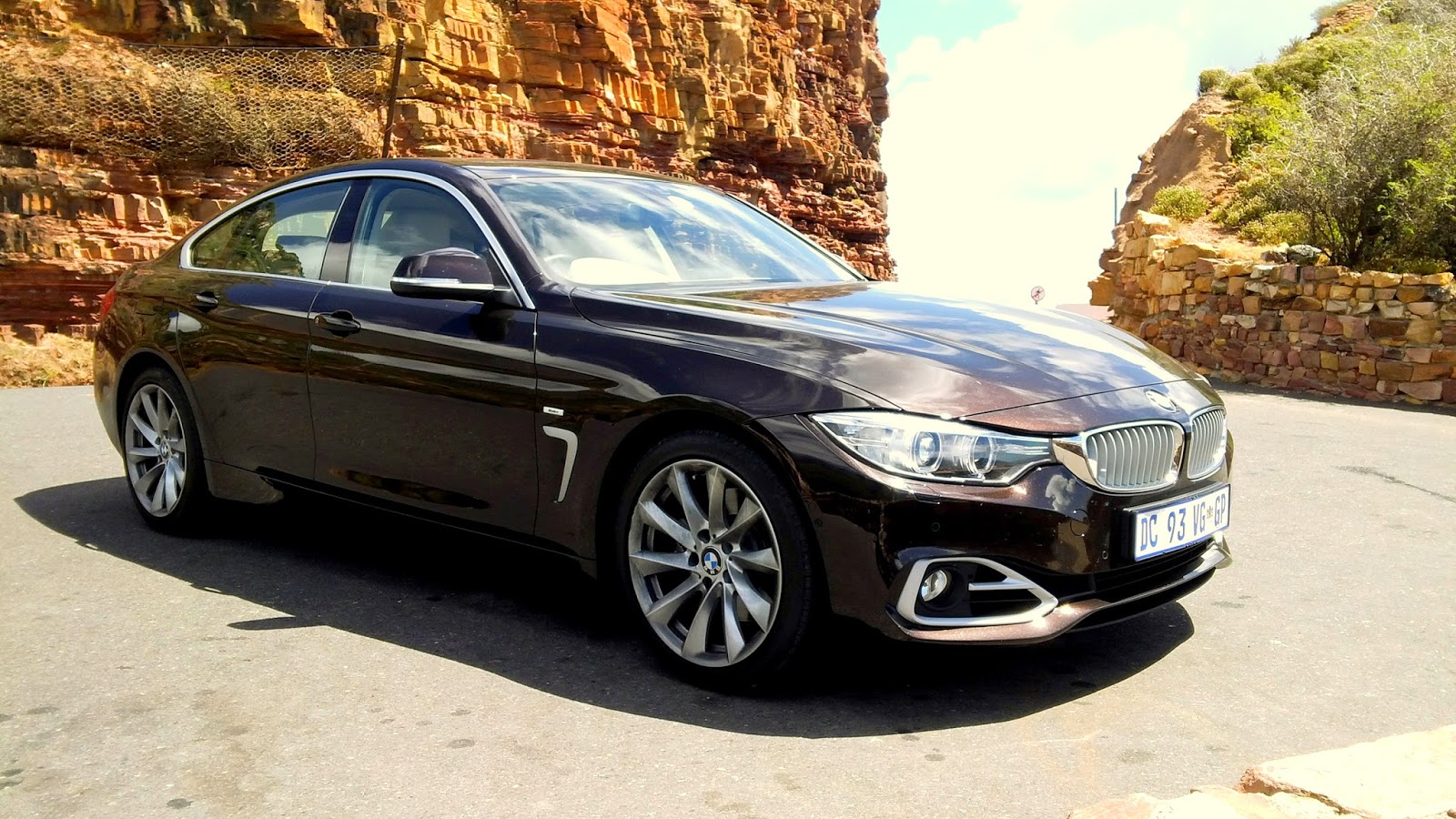