The festive season is over and while many have given up eating and started their 1 month new year gym resolutions to lose those extra kilo's they put on, for others like us there's always reason to have a good chow. Today's featured place is like no other, why I say that? Well to start off with, they're based in a yellow container on the beach, secondly their menu has like five items of food on it and it's the kiffest spot for a chow any time while the sun shines. 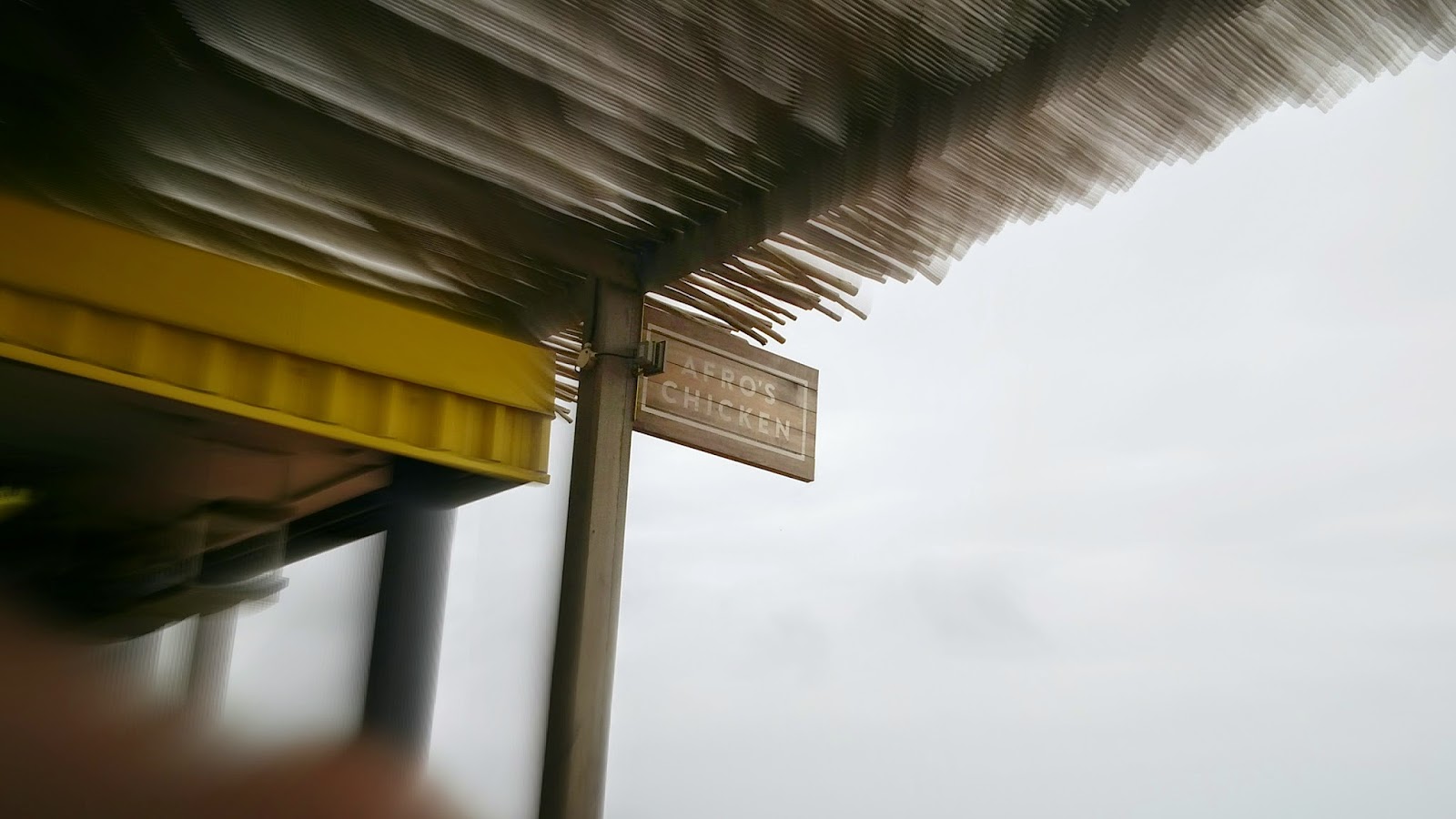 It took me a while to get down to Afros and sample the goodness and I was left disappointed, disappointed that I never made the effort to go sooner! Yes they just have 5 food items on the menu, of that 5, just 3 being mains but the importnant thing is, they make it sooo good! Now realistically speaking, it's not hard to cock up a grilled chicken burger yes? But many of our takeaway chains do! Either you'll get a dry, chewy fillet, or a bun thats 5 weeks old which just disintigrates as you pick it up or they won't put enough sauce in the burger. 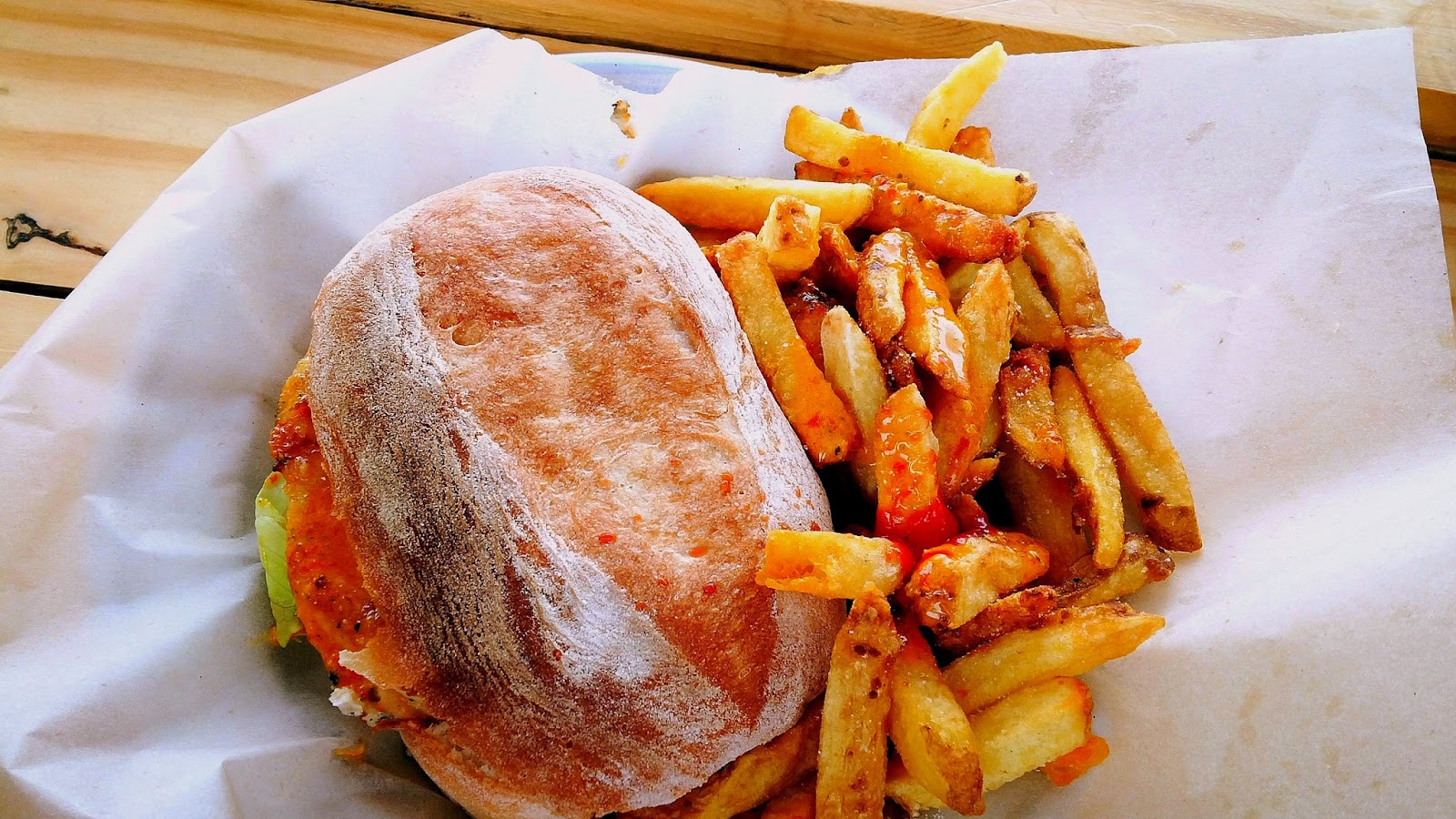 Now since my first visit to Afros, I've been back at least 5 or 6 times and each and every time they hit the nail on the head. Grilled chicken fillet to perfection, not over done, not under done. Moist, juicy with just the right amount of peri peri sauce, all of this put into a fresh portoguese roll, which I must admit is a rather good size, with some mayo, lettuce and tomato. If you're banting, not to worry, they serve that awesome chicken fillet with a sauce of your choice (peri peri/ lemon and herb) as strips. Sides include crispy had cut chips... or as they call it "tjips" or coleslaw. I go for the tjips all the time, there's just something about it. 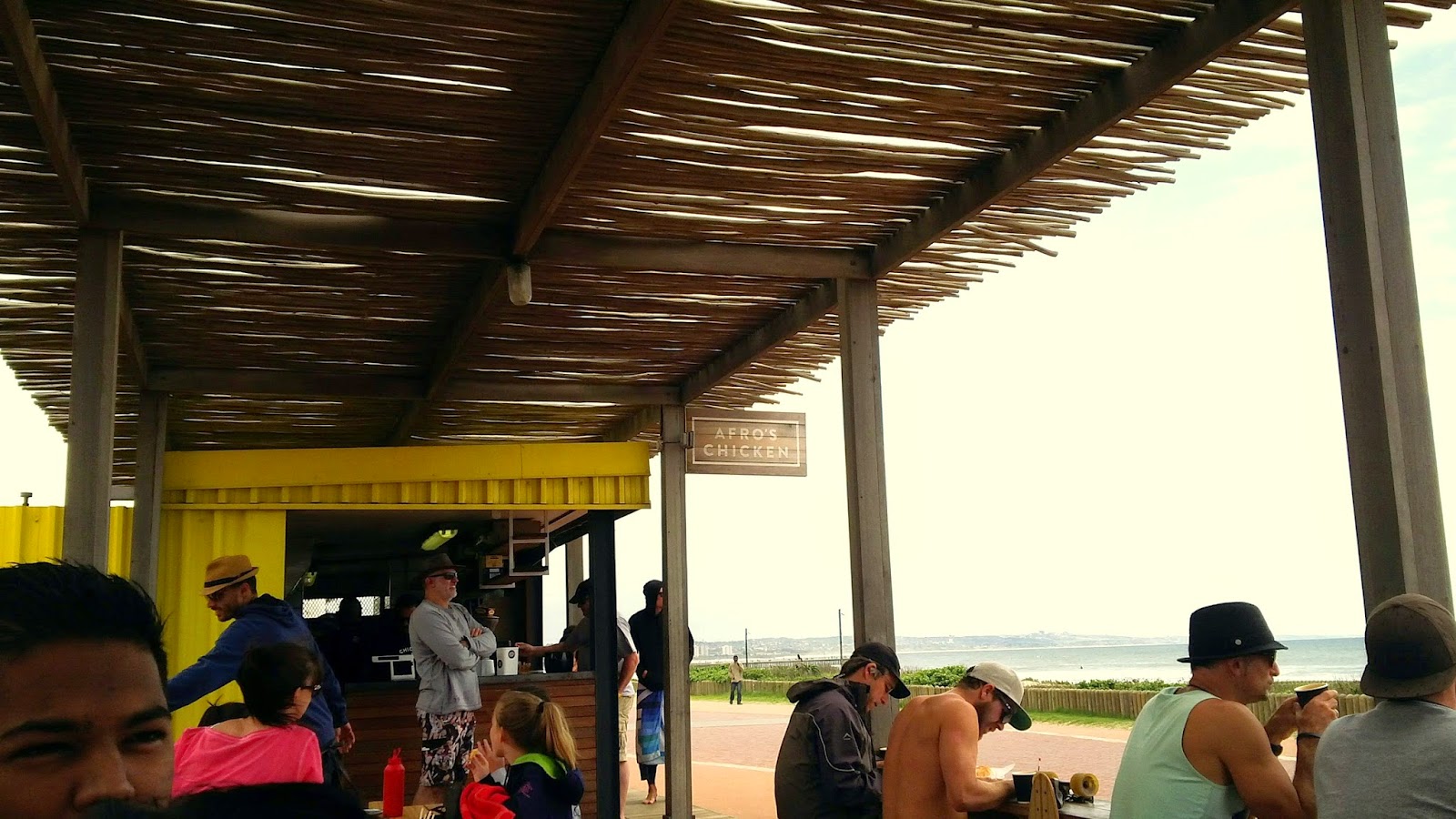 If you're there for breakfast, they make a mean bacon and egg roll that goes well with a hot cup of coffee or cappuccino.  They have adequate shaded bench style seating, water bowls for your doggy's and also a shower if required, after your surf or swim. Speaking of which, they also look after your keys should you wish to catch a wave or two. If you follow them on twitter or instagram, the guys also give you updates on the mornings surf conditions. 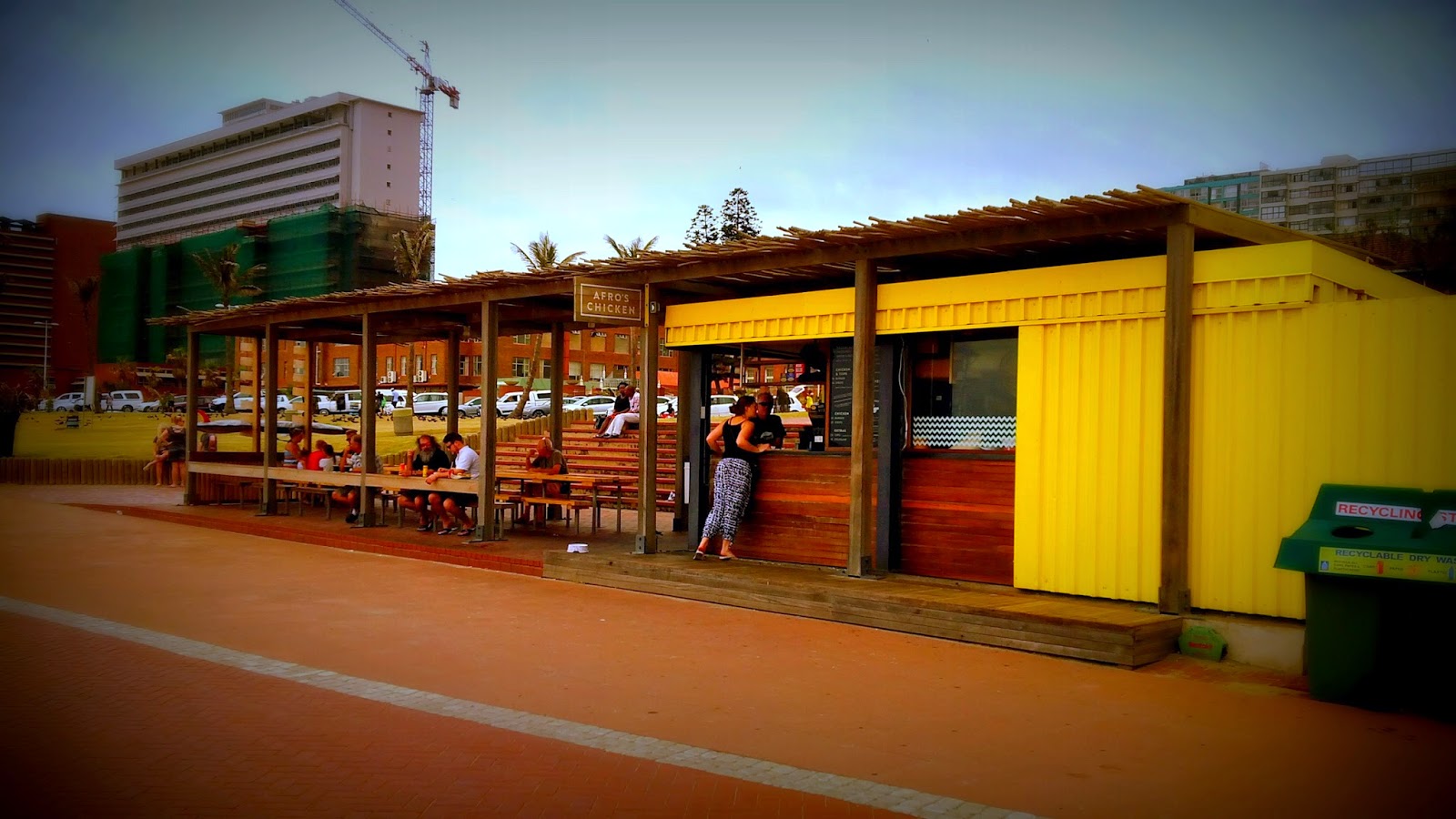 If going down to the beach isn't your cup of tea for some reason, or you at work and you got the cravings for Afros but you can't get down there,  you'll be please to know that Afros have no opened their first store. Located on 33 Churchill Road in Morningside, just off Umgeni Road, yes I've been here too, so thats 7 times then... same great quality only thing in a shop. So next time you want a good chicken burger, you know where to head down to!