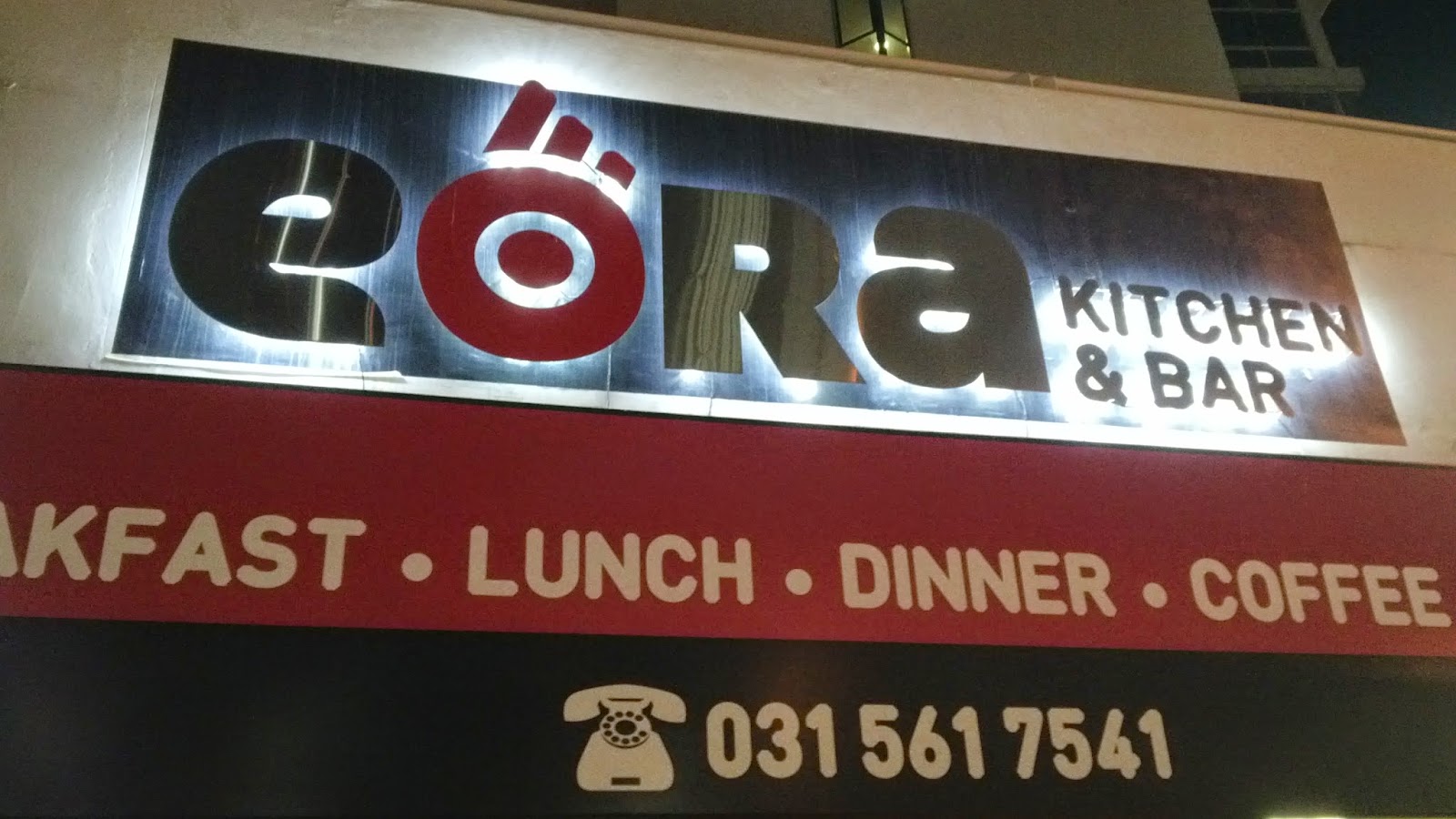 Like I said from the start, this segment is to discover new places that are a step away from the norm, we're so used to our usual places we go to that we forget the fun in exploring and trying out new places. A couple weeks back my mates wanted to go out for a quiet dinner and drink, instead of opting for our usual hangout I suggested we try Eora, a new Mediterranean restaurant that opened up in Umhlanga that was getting raving reviews from people who have tried it. I followed them on instagram, had a look at what to offer and it was a done deal. Everything looked good on pictures so it was time to see if the food tasted as good as it looked. 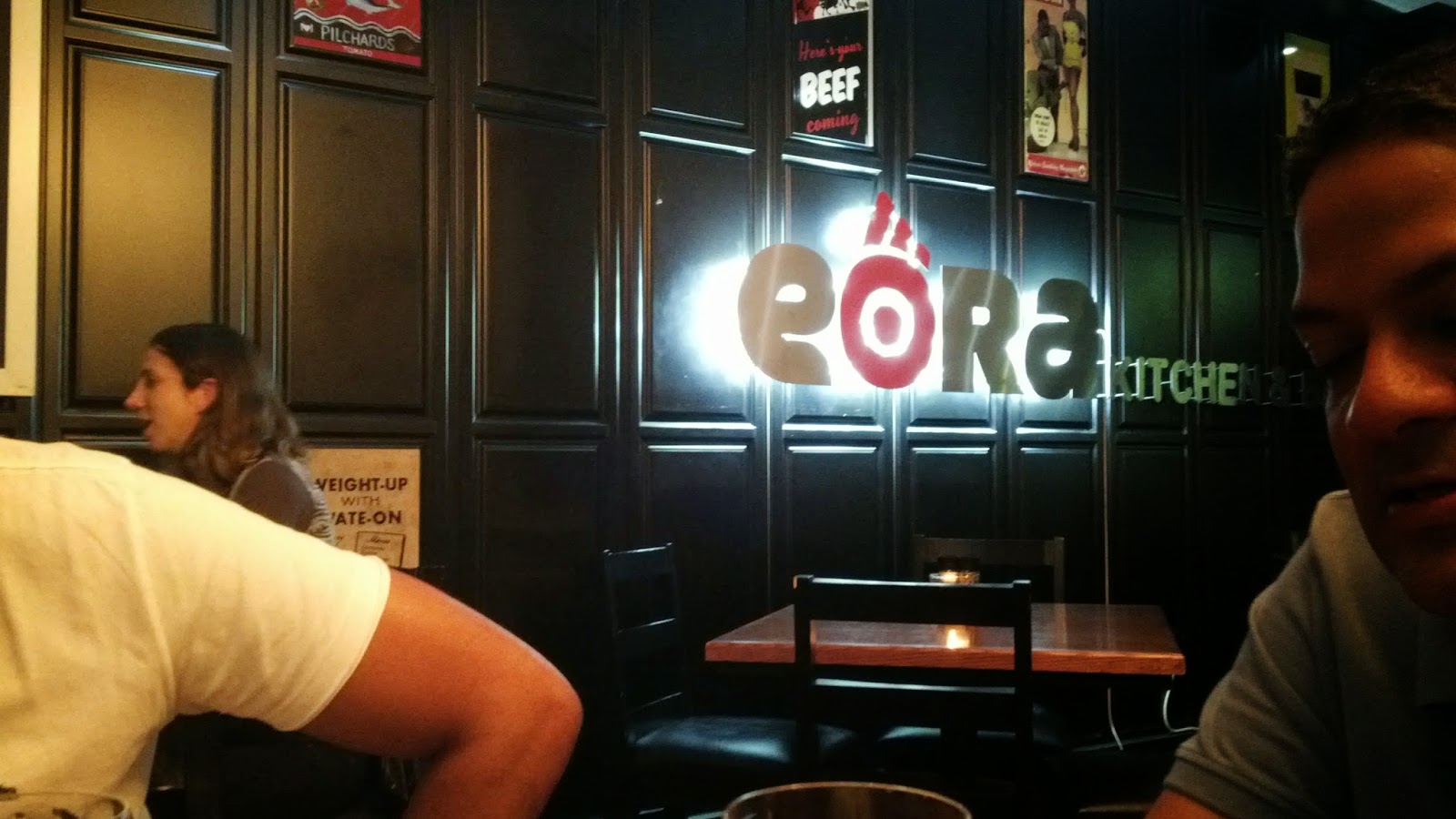 Located at 190 Ridge Road in Umhlanga Rocks, the venue is located conveniently at the entrance of the village area with ample street parking and paid parking available at the centre across the road. We were greeted by our hostess and seated upon arrival. The decor is quite cool and I like the fact they have posters of old South African products that served as the art. Being a bar as well, they serve a host of drinks abd cocktails, the craft beer however is limited to local KZN brewers, so there isn't much variety but at the same time, it's nice to see them promoting the local guys and giving them exposure as they're normally outshone by Cape Town or German brewers. 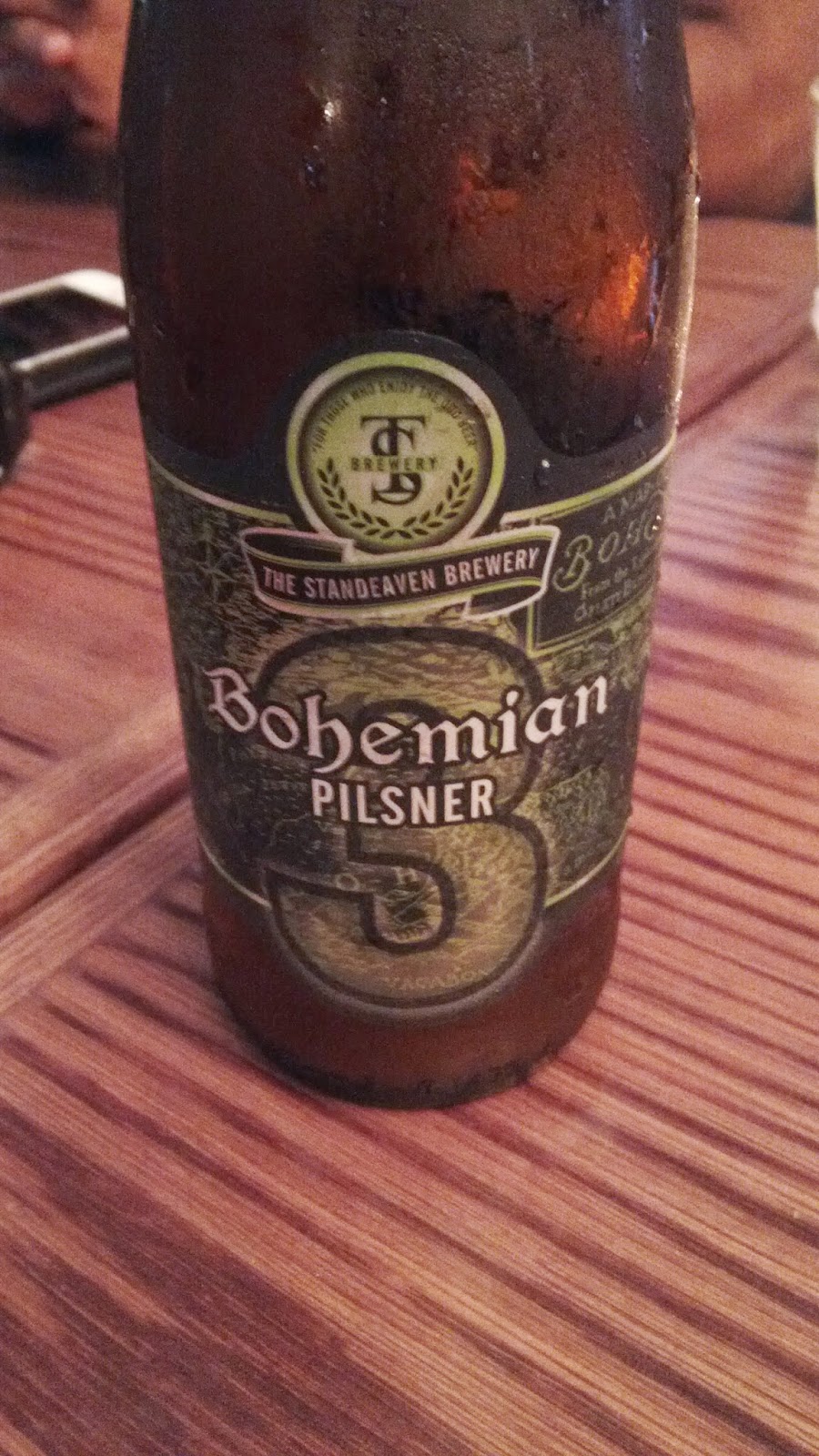 While enjoying our local beers we ordered a few of the starters to munch on, they have a good range of starters catering for every ones taste buds. We opted for the crispy calamari and satay chicken, both of which were awesome. The calamari as the name suggested was crispy, coated in a light tempura style batter and fried till crisp, served with a harissa mayo that just  made the taste buds tingle, it was also quite a healthy serving as they don't feel shy to load the bowl. The chicken satay was perfect, the chicken was well spiced and cooked just right, moist and full of flavour. What I liked about the starters is that you can also choose to have them as tapas which is bigger in size. So if you're looking to go out and have some snacks instead of full meals, this is now an option.

Onto the mains, there are mains to choose of the menu and they have weekly specials written on a chalk board above the entrance. Being a lover of lamb I was sold on the lamb burger that was offered on the menu. Others at the table ordered the Hake and Chips, Steak with mushroom sauce and Sword Fish with prawns.

My burger looked great and just like the pictures had me salivating just by looked at it. Organic lamb patty with melted mozzarella topped with tomato relish, served on a toasted bun with sweet potato fries on the side. I like to eat my burgers the way its meant to be eaten, with both hands but due to the size of the patty and the bun being a tad bit too crispy, I couldn't force my mouth open that wide, yes its that big of a burger! I opted to use the utensils instead, the patty for me was a bit dry, but the relish sort of made up for it in a way, the bun as said was a tad bit crispy as well, which made it a bit tricky to eat.

My mates on the other hand enjoyed their meals, fish and chips which to be honest is very hard to screw up was great but he felt the chips were a bit oily but its chips... that's the best way to have it. The other enjoyed his steak, cooked well and very tasty. The swordfish was done to perfection, had great flavour and prawns were great too, his only gripe was that the portion was too small as he was still a bit peckish after the meal, I guess that's why they have dessert on the menu but his form of dessert was another craft beer.

On the whole, my dinning experience was great, yes my burger wasn't what I expected it to be but everyone else that's had it loved it so it could just be me. Never the less we had an awesome time and the service was top notch. There's loads of things on the menu that I still want to try, including a tapas evening so I will definitely pay them more visits in the future. They also serve breakfast daily from 7am till 11:30am. 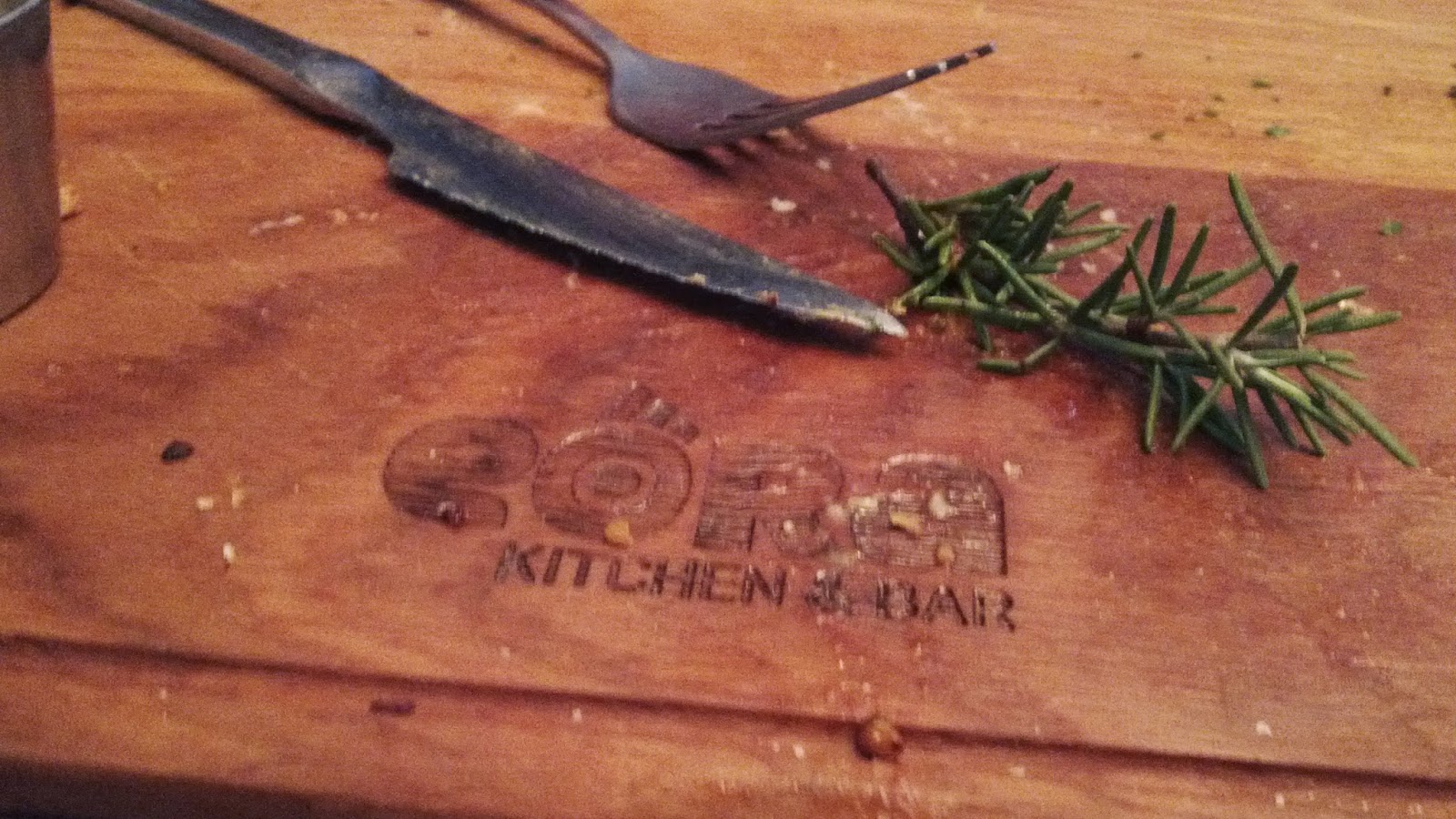