Kevin Hart What Now Tour, brought to you by Savanna 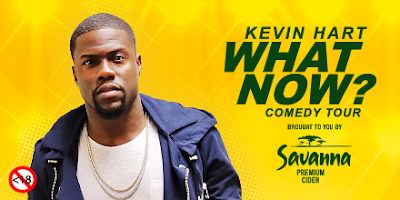 I'm a big fan of stand up comedy, and try to attend most of the local events as I feel we have some amazing talent in this country. So amazing that some are taking over the world, yes Trevor has done well for himself but not only him, others have been travelling regularly to over seas comedy festivals and sending crowds into hysterics with thier jokes.

This past Saturday I attended the Savanna Before and After Party at Greyville, although the party was to celebrate a new bottle that the refreshing cider now comes in, the hosts for the evening were members of SA's comedy scene, Dave Levinsohn and Kagiso Lediga. Savanna have always played a pivitol role in South African comedy form their inception in 1996, with them sponsoring numerous events as well as using famed comedians like Kagiso in their TV commericals, cracking dry one liners. 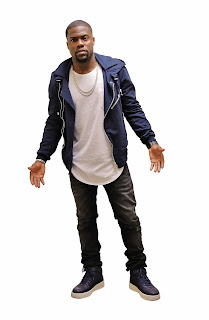 However as much as we do like our local guys, we cannot ignore the global names, one of which who has in the past few years sky rocketed to fame, not only with his stand up but by acting in a number of Hollywood Blockbusters. His current What Now? world tour is billed as the biggest comedy tour of all time, who am I talking about? Kevin Hart. Yes Savanna Premium Cider is pulling out all the stops in bringing down this pint size comedic genius, his charasmatic appeal as well as fast-talking sharp witted style of comedy is a perfect fit into Savanna's dry take on humour.

Kevin's tour see's it reach our shores in March 2016 with shows confirmed for Cape Town on the 26th, Durban on the 28th and Johannesburg on the 30th. It's sure to be a great show seeing that he's being performing to sell performances in USA, Canada, Australia and the UK! It's definitely one not to be missed.


The Kevin Hart What Now? Comedy Tour is promoted by Real Concerts with co-partners M-Net, 947 and East Coast Radio. Tickets are available now from Computicket.