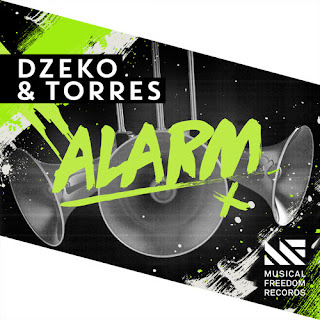 Canadian duo Dzeko and Torres are making name for themselves in the dance music world. Signed onto Tiesto's music label Musical Freedom might have something to do with that but theres no denying the boys from Toronto got talent! It was recently announced that they will be touring SA at the end of November this year in some shows forming part of the Matric Rage events around the country. Their latest single feturing Delaney Jane and remixed by Tiesto, L'Amour Toujours is doing pretty well on most charts and should be a crowd favourite, however todays featured track is something older from them, well not that old as it was released in the beginning of the year.