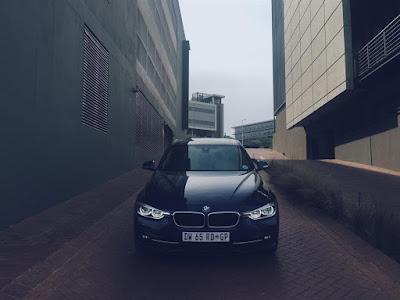 I've driven many of the previous 3 series from BMW, they're all great cars and they had to be seeing that this segment for them would be the most sort after for prospective buyers. It's no wonder that this is there highest selling model and locally their plant in Rosslyn producing the one millionth car to roll off their production, that alone stands testament to what a great product the German manufacturer has and the trust the clients have in them. 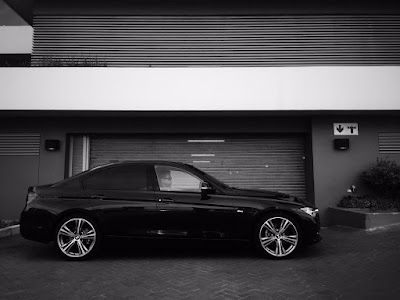 Not long ago I attended the launch of the face-lift range, and although it was noted that cosmetic changes were not easily identifiable to the previous model, the major change was with the engines, with the entire line up receiving new power plants except for the 330d. The new engines sees a new naming configuration for some of the high end models, with the 328i and 335i falling away and re-badged as the 330i and 340i respectively. 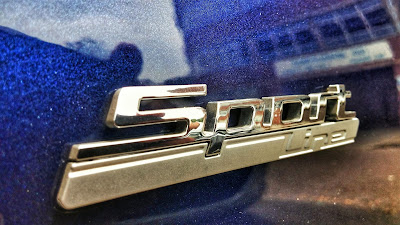 This past week I've been driving around in the new 320i, like I said, I've driven many of the previous ones and while they were great, I never felt the need to own one. This one however has changed that for me, since the moment it rolled into my driveway, it was like love at first sight. 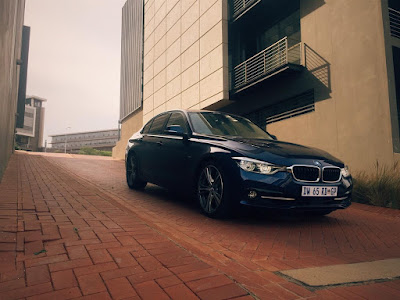 Style
At first glance, there isn't much difference to separate the 3 Series face-lift to the original F30 model but upon closer inspection there is quite a bit that is different. BMW focused on subtle changes to an already good looking vehicle. The most noticeable differences is the lights, both front and rear lights have been changed, with the front day time running lights shape more square and has a horizontal finish to line up with the new, wider trademark BMW kidney grille. The rear lights have the new LED flowing line finish which is quite a sight at night. Also with the new engine being smaller, the hood of the car drops much lower than the previous model as it reaches the front and then finished flush onto the revised front bumper. 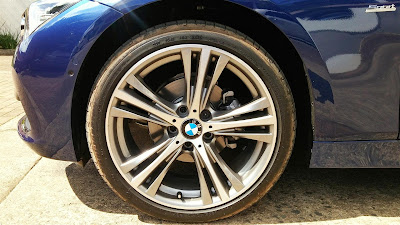 There is also a new selection of rims to choose from, many of which have a two tone, aluminium and dark carbon combination, which really enhances the sporty look to the car.

On the interior, again not much has changed. New options for consumers include a two tone colour scheme, allowing for a nice break in colour in the car. New aircon display and buttons, mood lighting available in Sport and Classic that illuminate the doors and center console. The full leather steering wheel features red stitching on the Sport models. There is also a new selection of wood finishes for the interior, elevating the luxury look of the cabin. 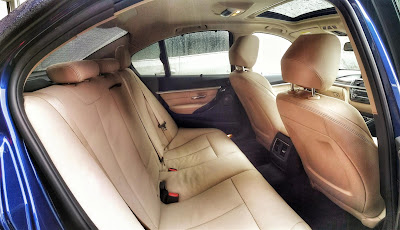 Comfort
It's hard to say they've improved on the comfort of the car as the previous one was really comfortable as well but generally this car is more spacious and the ride quality is almost immaculate. The new aircon isn't just a fancy new screen and buttons either, the climate control has been upgraded with much more effective temperature settings that adjust to climate throughout the day. It was put to the test during this past week with Durban's climate being all over the place, from Summer in the morning to Winter at night. The heated seats for the driver and front passenger also helped in this respect. 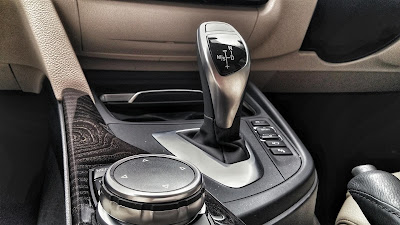 Performance
While power figures might be similar, the new engine sure makes a big difference though, firstly it is much more quieter than the previous engine even at high revs. It feels more responsive with less of that turbo lag we got used to in the previous model. The 4 cylinder, 2.0l petrol engine is a product of BMW's efficiency dynamics stable with TwinPower Turbo and Vavletronic fully variable valve control, including Double-VANOS variable camshaft control and High Precision Injection. All this enables the engine to operate with an optimal power-efficiency factor  and thus reducing consumption. With this Eco Pro mode has also received some tweaking with lower revs and smoother drive for cruising around the suburbs. Handling on the car remains brilliant like before, keeping up with the tag line, sheer driving pleasure. 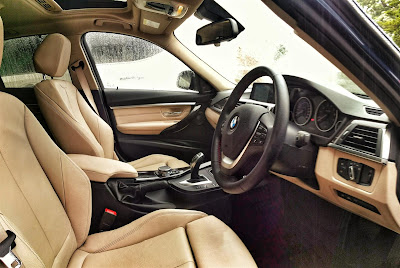 Storage
The boot remains the same size, more than adequate to store groceries or large loads for long road trips. The rear passenger seats also fold down should there be a long item that needs to be stored. There is also BMW's storage extra if need be with extra compartments underneath the boot floor and hold down nets for items you don't want sliding around in the boot while driving. 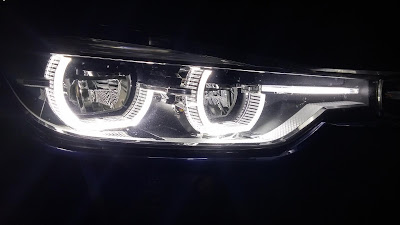 Extras
This car was loaded with a few of BMW's extras, lighting package, camera package, automatic windscreen wipers, heated seats, the full satellite navigation package with the large display, Harman Kardon high-fi sound package, BMW LED light package, lane departure warning, blind spot warning, front PDC's and glass sunroof. It is a mouthful, especially for a car like this and many ask me if they're really worth having. 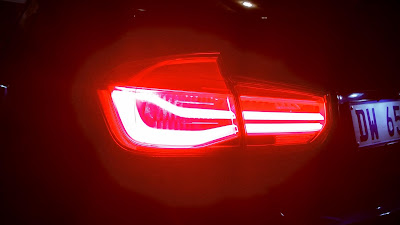 I try to make use of every extra that's in the car and each one serves it's purpose. the 5 cameras may seem excessive but help tremendously when parking or navigating through tight spaces. The light package may make the car look pretty at night but also serve to illuminate not only the door handle but the floor below it. 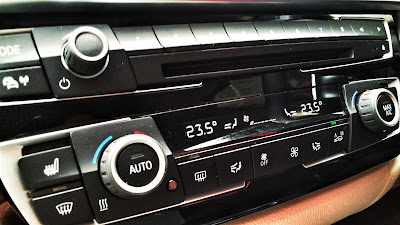 Verdict
It is BMW's best seller and after driving it I can see why, it does everything right and looks the part as well. With the new options available, customizing your ideal 3 Series can be fun as they have some great selections. I can honestly see myself driving this car, even though prior to this my head was set on the 4 series Grand Coupe but it seems like the old lady came back to claim my heart, what a way to celebrate 40 years of 3 Series with such a magnificent car. 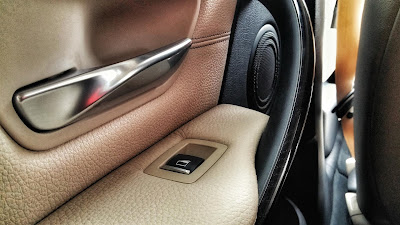 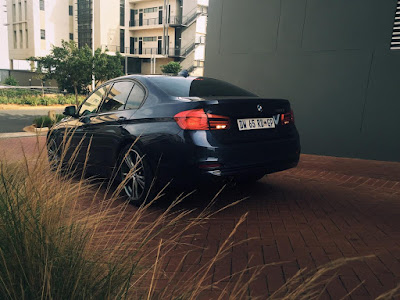 Photos by YuviK Photography
Posted by Amith at 11:59 AM