In it's second year running, Gateway and East Coast Radio are offering one lucky person or band a chance of a lifetime to catapult their career in entertainment with the #BETHEBAND competition. The winner of the competition will open to the the crowds at this year's Huawei Durban Day, taking place on the 23rd of October 2016 as well as receive a host of prizes adding up to R80,000 of which include Music Equipment and training session valued at R42,000 from Musician's Gear Zone, 40 hours studio time valued at R25,000 from HitRecord Music & Audio Production, a photoshoot and design of an album cover valued at R8,000 and a Gateway Gift Card valued at R5,000 from Gateway Theatre of Shopping.

Michelle Shelley, Gateway's Maketing Manager had this to say, "We are excited to partner with East Coast Radio once again for this year's #BeTheBand and look forward to discovering new talent in KZN!"

Would be contestants were invited to upload their demo to the East Coast Radio website (www.ecr.co.za) before the 4th of September 2016 in order to qualify for the competition. From there, the shortlisted entrants were reduced down to the last six finalists who will perform at a final event at Gateways's Wavehouse on Heritage Day, 24th September 2016. 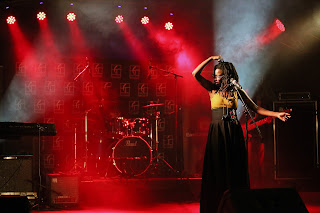 Tickets to this final showdown are on sale at www.webtickets.co.za or R80 at the door. For more information, or to view the Terms and Conditions of the competition, visit www.gatewayworld.co.za. Keep up to date on the happenings by following the Gateway Theatre of Shopping various social media streams on Facebook, Twitter or Instagram.