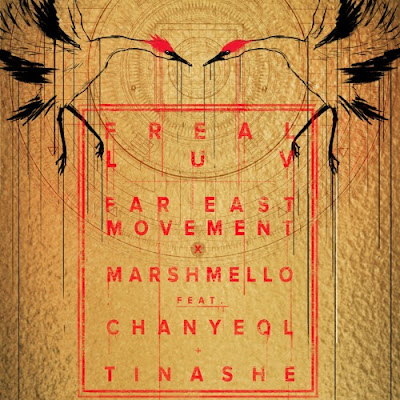 We all remember the Far East Movement, their cult hit Like a G6 became an anthem for many things but did you know that was released 6 years ago? Yup, how's that for knowing that time flies! Well since then they have released a number songs but none with the same popularity as Like a G6. This time round they partened with that odd DJ that no one knows who the hell is. When he first got onto the scene I honeslty thought he was just there to poke fun at Deadmau5 but he is a legit DJ, who am I talking about? None other than Marshmello. He recently killed it at Sun Burn Festival in Mumbai sending the crowds into raptures by dropping some Bollywood tracks during his set. Freal Luv is the collaboration between Far East Movment and Marshmello, it also features Chanyeol and Tinashe.