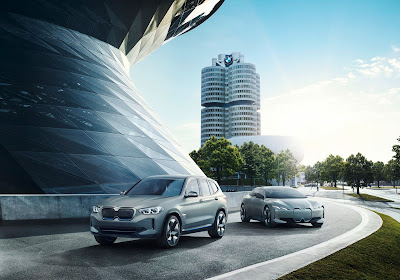 This past week saw BMW showcase the next step in their electric future, with the BMW iX3 featuring at Auto China 2018 in Beijing. The iX3 is an important model for the company where it see's BMW implement it's emission free technology into it's core line up as supposed to unique models that we saw in the like of the i3 and i8. The model is based a lot on the X3 with majority of the shape being the same and just minor design changes and accents, making it differ to the combustion models. The expansion of the company's range of vehicles offering locally emission-free mobility is one of the central spheres of activity defined by the Automated, Connected, Electrified and Services (ACES) technological fields, on which the company is driving forward the transformation of the mobility sector as part of its Number One > Next strategy. 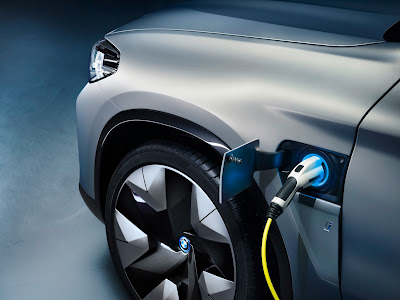 The Concept iX3 showcases the fifth generation of BMW eDrive technology. The main benefit of this electric drive technology of the is the grouping together of the electric motor, transmission and power electronics within a new, separate electric drive component. While it may be a concept, this is a giant leap for the company when it goes into production, with their carbon core design, making their standard cars more light weight, not much would have to be done to the fully electric line up lose weight to enable better range and power output. Still no word on possible battery power, range and so on but one would expect it to be much greater than the i3 which is the only sole fully electric powered vehicle from the company. BMW will also see this technology being used into other developing electric models like the MINI S E Countryman ALL4 which like the Concept iX3 is also a fully electric SAV.