Monday Choon: Above & Beyond Acoustic - Sun & Moon (Live At The Hollywood Bowl) 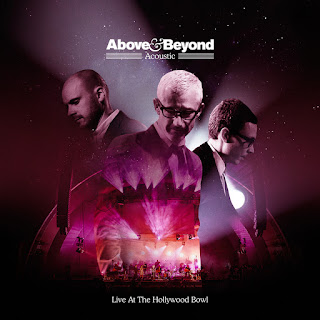 Four years ago Above & Beyond, left their DJ booth and played a live acoustic session to a small crowd at Porchester Hall in London. The show was recorded and then uploaded to YouTube, I don't think they could imagine the type of attention it drew. With a full orchestra playing along to some of their classic trance tracks with live vocals left chills in the spines of many of their fans and made the hair on the back of you neck stand. Since then, people have been wondering if they would do it again, and last month they did. Above & Beyond Acoustic was back, this time playing at a much larger venue, the Hollywood Bowl. It's an open air amphitheater, keeping the trend from ABGT250 which they played at the Gorge Amphitheater. Today we bring you  one of the tracks from this years session, a cult classic from them, Sun & Moon. Enjoy.