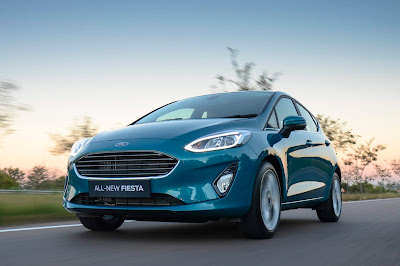 This week see's the launch of the all new Ford Fiesta in South Africa, a car which played a big part in forcing the trend of the compact hatchback in the country. Over the years it's grown in size and become quite a great looking car, and this new variant is spot on in terms of styling and interior design. While we may not be attending the launch, we are hopeful of receiving one to test in the not to distant future but for now lets take a look at what Ford tells about this all new Fiesta. 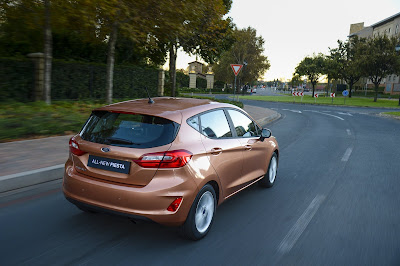 As mentioned before, new styling, Ford say the new design follows an evolution of the old which is very evident but they also made it more contemporary but just a bit so much not to lose its "Fiesta-ness". After all, Fiesta does mean festive, if the car looked boring they should change its name to "Siesta"....okay enough of the dry jokes from me.  They have managed to make the car look more elegant with the bold styling, silver finishes and the nice LED loop the front headlights make. It definitely looks more mature than the outgoing model. The car has also grown a lot with an additional 71 mm in length and 13 mm in width. Ford says this gives the car a more premium appearance but for me, that just means more cabin space which is a major plus for a big guy like myself. 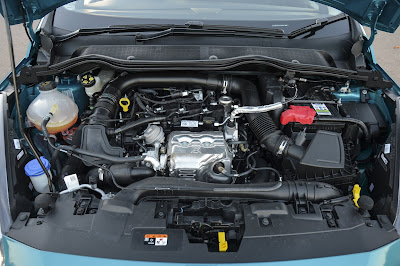 Moving under the hood, Ford retains its multi award winning 1.0L Ecoboost petrol engine in the Feista line up, I mean if the engine won the "International Engine of the Year" award 6 times, why change it. The car is available in both 6 speed manual and automatic, with the latter having a conventional six-speed torque converter transmission. The Ecoboost engine produces 74kW of power and 170Nm of torque. More than enough to run around town with. If you prefer a diesel engine, Ford have their 1.5L TDCi turbodiesel engine and is exclusively available with a six-speed manual gearbox producing 63kW and 174Nm of torque. The Fiesta now also features stop/start technology, further enhancing it's fuel efficiency. 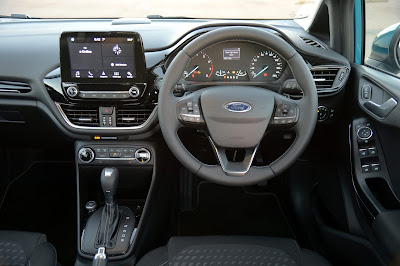 Getting into the Fiesta, while you must take into consideration this isn't a luxury car so don't expect plush interiors to match the exterior, while I say that, Ford have done a relatively good job. The materials look solid and nothing cheap about it, the driver set-up looks great an the new large infotainment touch screen which has SYNC3 loaded on is perfect. SYNC3 also integrates with your mobile device so if you have Apple Car Play or Android Auto, everything gets displayed via the cars screen, rather than you having to check your phone all the time which adds to the safety of the you and your passengers. 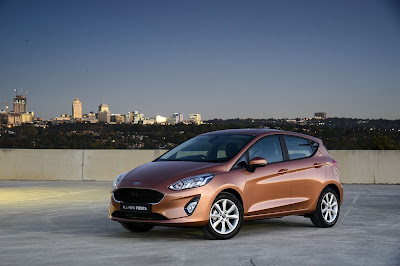 Overall, Ford look to have a great car hitting their showrooms, while many are used to having cars like this for students and so on, with the ever increasing price of petrol, which is said to go over the R15 a litre mark in June, a car like the Fiesta could be for anyone that wants to save on their trip to the petrol station. It has all the creature comforts, looks great and is pretty nippy. If you wanting something a bit faster, the Fiesta ST is due sometime during this year but Ford SA won't giving a date as yet, so watch this space.

Pricing for the Fiesta range is as follows.