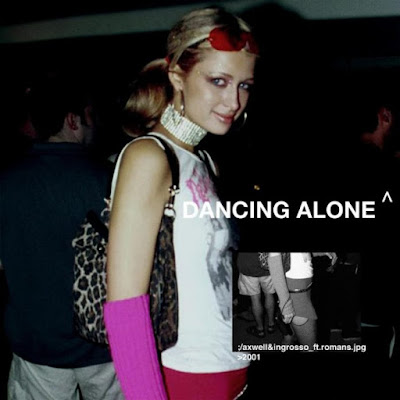 While everyone waits with bated breath for Swedish House Mafia to release some new music, it seems we have to wait a little while long but that won't be such a bad thing if the duo Axwell /\ Ingrosso release fire tracks like this! Dropped just last week is their latest single featuring Romans, titled "Dancing Alone", the cover art alone will leaving you wondering, with a picture of a young Paris Hilton posing for the pic, all dressed up in her rave gear, doubt she danced alone that night though! The track harks onto their original work with many of the electronic synths and beats in the opening a clear reminder of their music back then, the vocals come in and brings in the modern aspect of the track and just carries itself well throughout. It's a steady progression to a fuse with old and new, it's extremely catchy and one that you're going to be hearing a lot.