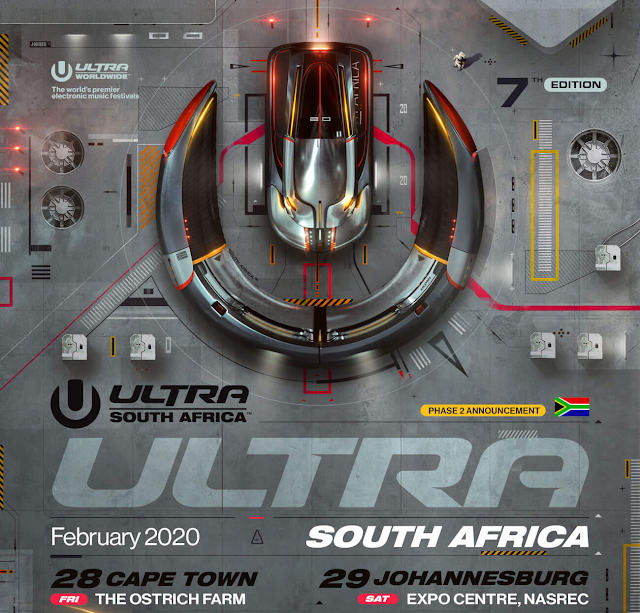 Last week saw the release of the second phase artist line-up for Ultra 2020. Additions to the already star studded list include Chilean-Swiss DJ Luciano who will be touring the country for the first time. His music is strongly influenced by Latin American Music and his sets in Ibiza are world renowned. Another International headliner announced was the Dutch DJ duo of Sunnery James and Ryan Marciano who are legends of Ultra Miami. Their music style is progressive and their stage presence is second to none, they will also be making their Ultra SA debut and no doubt will be a strong favourite with the crowds as well. Last but certainly not least is the introduction of Camelphat as another of the support act, the British duo need no introduction to South African audiences as their hit single featuring Elderbrook "Cola" was played in full force around the country during its release. Since then the pair have made a number of hits as well as remixed some great tracks along the way, definitely one not to be missed come Feb next year. Tickets are on sale from the WEBSITE so get yours now before its too late! Phase 3 artist line-up to drop soon so keep an eye out! 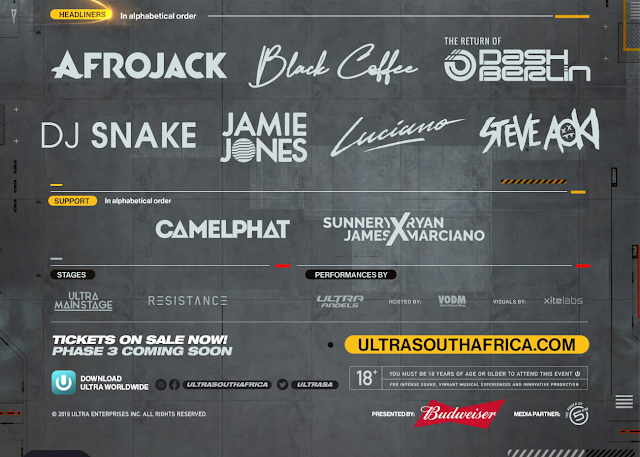