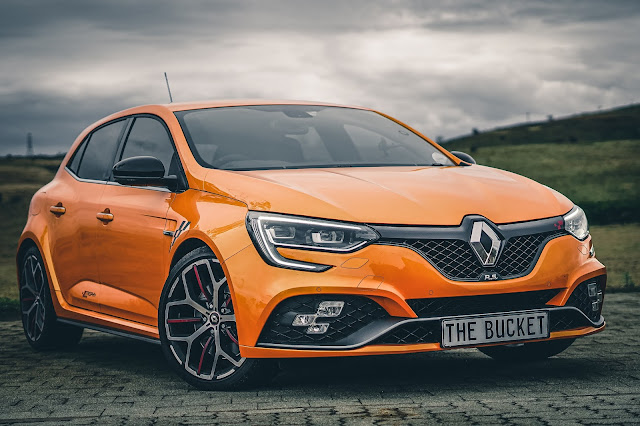 It's been exactly two years since I was behind the wheel of Renault's hot hatch, the Megane RS and while that car was everything I expected and more, there was also a hotter version in the pipeline and this year I got to sample that beauty, it's the Renault Megane RS 300 Trophy. Only seven units of this French stunner has been brought into the country so to say I am fortunate to drive one is putting it mildly. Renault's status in the local market is a tough one to judge, while they offer a wide variety of cars, its their budget vehicles which are the popular ones. Not that it is a bad thing, I just feel that it's not fair that the more upmarket luxury models don't get the fair share of recognition. Yes, there is still this stigma about French cars and reliability but if this was such a major issue, why are the budget ones doing so well with so little issues? Surely it can't be limited to just certain models? Oh well, I guess this is my job to try and convince you otherwise and hence I got to drive this stupidly fast ultra-hot hatch for a week. 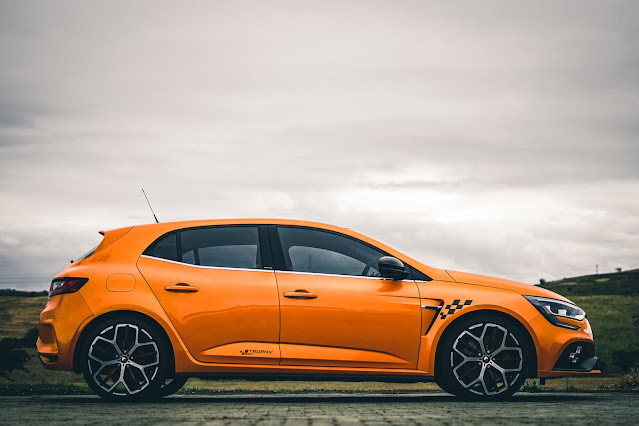 Let me start off by saying that this is the best looking hot hatch on the market, I don't care who you are, what fan boy of a certain German brand, there's nothing that looks as striking, as appealing as this RS 300 Trophy. I mean the normal RS itself was a looker but with subtle differences this one just pips that top spot. Renault's new design language flows so well with the Megane, I think they actually started off with this and then translated it into the other models, the flow and symmetry of the lines and details can have you looking at it all day and you won't get bored. From the checkered flag styled LED fog lamps to the L shaped day-time running lights, it just makes the front so attractive, but that is not all. The front splitter is greyed out with the word "Trophy" prominent, signifying their presence in Formula One. The tri-tone 19" rims are a stand out, with bright red inners and the Brembo caliper visible through the spokes also in red. The car has a molded wide body kit with lots of folds and ducts to give it that aggressive look. The rear diffuser is also quite a focal point in the design with ribs designed to let airflow up to keep the car grounded. The massive single exhaust sits dead center, in line with the Renault symbol above which serves as the start point for the large rear lights. The car is adorned with Trophy 300 stickers, just so no one can mistaken it for a normal RS. Overall, stunning car, I can't stop looking at the pictures of it. 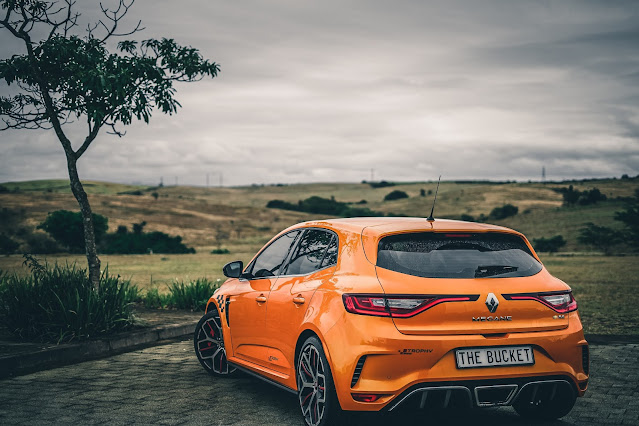 Unsurprisingly Renault opted to use the same engine as the RS but obviously with a bit more oomph, the car features the 1.8-litre 4-cylinder turbo-petrol engine. The car was available in both a 6-speed manual and a dual clutch EDC automatic with me having the latter on test. While I did want to see how the manual faired, the auto was lots of fun as well. The motor produces 221kW and 420Nm of torque, a bit more torque on the the auto gear box with the manual getting 20 less. The Renault Megane RS 300 Trophy also comes with 4Control 4-wheel steering, with rear wheel steering that assists at lower speeds and accelerating out of corners with more speed. It works like a charm and if you download the RS Link app, you can view exactly how it works. The launch control on the auto takes some time to figure out, but once you do, you won't stop launching it! It has a claimed 0-100kph time of 5.7 seconds and I got quite close to that on a few occasions, granted there were small mistakes in my launches but that is pretty rad. On the road performance, the car can be a demon when you want it to but also a chilled hatch as well. The various driving modes let you dictate the level of noise the coming from the dual sound exhaust valve system. This is not only for sound but the valve system maximizers engine performance as well. Lets just say in Sport mode with the feedback you get from those dual-pipes, its very entertaining and ranks very high on the "Vrrpha" list. 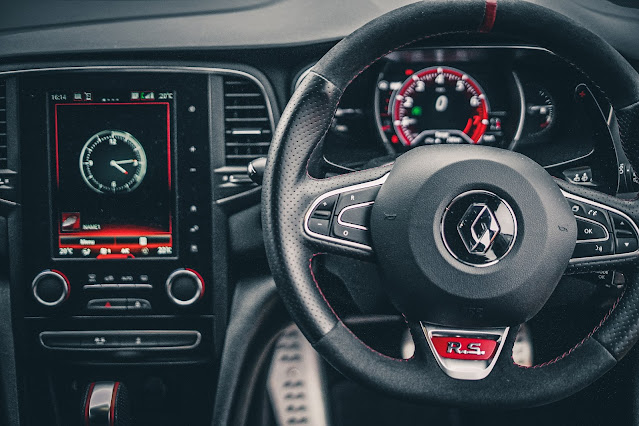 Now being a hot-hatch, comfort is not the first thing that comes to mind. The front seats are proper Recaro sport-bucket seats in alcantara, they are even fitting 20 mm lower in the cabin to improve the centre of gravity. It is adjustable to get you in the perfect driving position, now while being racing seats, its pretty comfortable and keeps you in your position while thrashing the car around. The cabin comes kitted out with pretty much all your creature comforts, the stand out feature on the dash is the 8.7"-inch infotainment screen which practically controls everything. It has onboard navigation as well as Buetooth connectivity. I don't think there is Apple Car Play and Android Auto connectivity but there is an apps section in the home menu, so not sure if you can download them at a later stage. There is dual climate control air-conditioning for the front and a single zoned controlled by the passenger temp for the back passengers. There's lots of sports detailing in the cabin as well as ambient lighting which changes colour dependent on the driving mode you're in. Practicality wise, the boot is still a good size which can fit a set of clubs so that says enough about the space there. While the ride quality might be a bit stiff and bumpy, its expected in a car that is meant to be thrown around on a track. 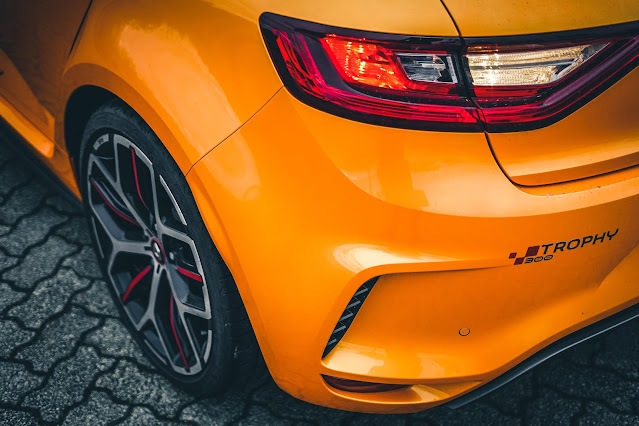 I love this car, I loved the normal RS but I love this even more, I mean the presence it has and the power to back it up is something else. From the bright colours its available in, its hard not to notice this car and with only 7 being brought into the country, there will be a lot of hardcore Renault fans vying for their allocation. While the car won't garner much respect from the GTI boys, they should be wary that this thing holds it own on the road and on the track. Renault have spent a lot of time fine tuning this product and while they do introduce F1 technology in this car, it does a lot of things right for me. It's still hands down my favourite hot hatch on the market, lots of fun to drive, effortless power when you put the foot down, the digital speedometer just jumps on the speeds it reaches. It's crazy how much power this 4-cylinder motor produces. The Renault Megane RS 300 Trophy really is one for the collectors, a bit pricey but when compared to some others on the market it is not bad in the greater scheme of things. 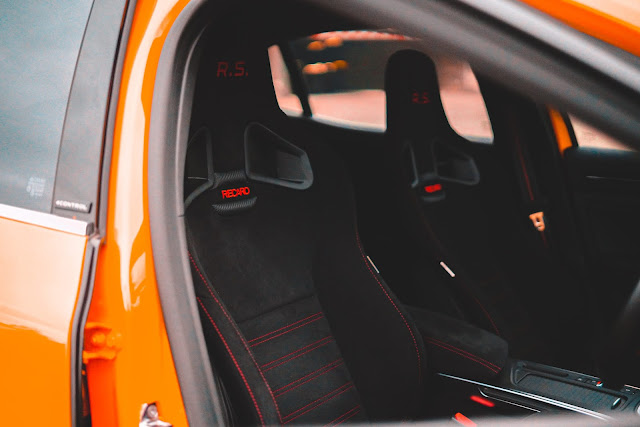 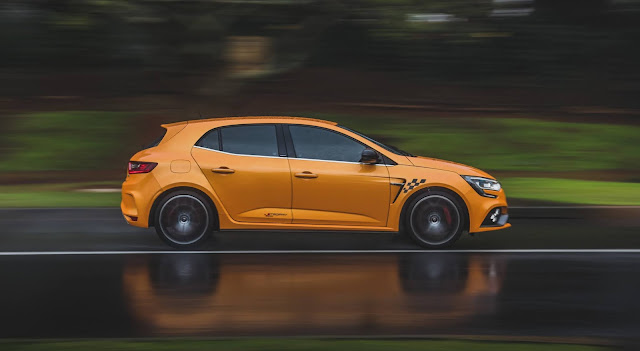