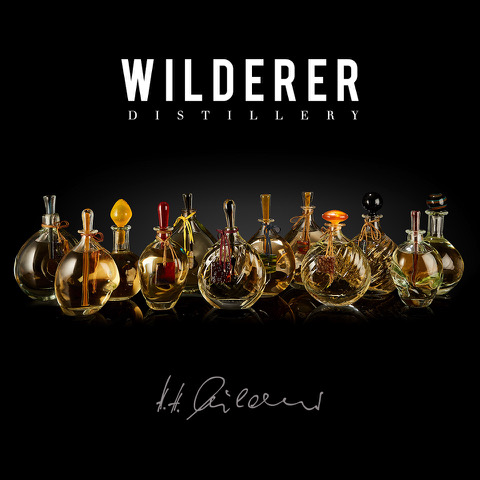 Enjoy this legendary liquid - from South Africa's first and most-awarded craft distillery and one of the most prestigious producers of Grappa, Gin and Eau de Vie worldwide - in bottles sealed by a bespoke stopper accompanied by stunning handmade glass. Every bottle is tucked away in an exquisitely crafted wooden casket with a black gloss piano finish and is affixed with a commemorative silver medallion. This is a true symbol of status and class.

Each set is comprised of hand selected components skilfully put together with careful consideration from start to finish. Each is named after an important milestone or life lesson adopted on the road to 25 years of excellence, and every bottle is personally signed by the master glass-blower to celebrate this release. 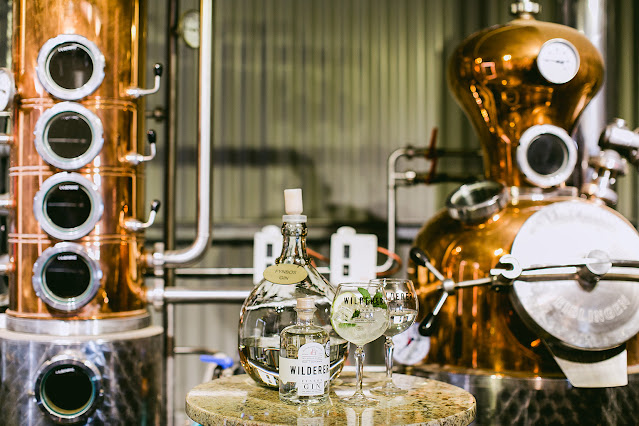 Looking back on the elements adding to Wilderer's success, these prestigious boxes each have a story to tell and they capture the essence of 12 intriguing life chapters. Besides having a unique gift, recipients of these boxes will also gain insight into Wilderer's fascinating character as well. 'Karlsruhe', for example, is a nod to Wilderer's hometown - where he enjoyed a long and successful career as a restauranteur - while 'Golf' is a tribute to his favourite sport and the root of how he became South Africa's first private distiller.

Having accrued over 100 international medals and awards, including many Gold and Double Gold medals, Wilderer Distillery has become synonymous with quality, artistry and integrity. Always in Helmut Wilderer's true spirit, they craft the true Spirit of the Cape.

Order your 25th Anniversary Collector’s box for R25 000,00 incl. VAT from thalia@wilderer.co.za +27 72 365 9864 and collect it from the Wilderer Distillery from either Pappa Grappa R45 Simondium, or from the Spice Route farm at La Grapperia Agter Paarl road. These limited Collector’s sets are too fragile to courier.

The story behind each of the 12 intriguing life chapters in each prestigious box:

The story starts when Helmut Wilderer was born in Karlsruhe, 1941. In celebration of 25 years of excellence, this box is named after his Hometown. Helmut enjoyed a long and successful career in Karlsruhe as a restauranteur having established some well-known restaurants, some of which still exist today.

Helmut’s father was a respected architect and town planner. In February 1941, he was hired to work on the rebuilding of a small village named “Sultz vorm Wald” in northern Alsace. In order to have his family close to him, he rented a part of a small castle in the neighbouring village of Lobsann. The move was a big relief to the family, as they could escape terrifying nights of bombings in Karlsruhe. Helmut’s mother, Emma (or Emmele, as the family lovingly called her) was a very outgoing woman and quickly made many new friends. One such family, were the Hoeffler’s, who owned a distillery, which still exists today.

In these times a few long lunches were enjoyed together and during one specific lunch, Helmut went missing. Light worry turned quickly into frantic searching for the two- year- old. Helmut was eventually found, to everyone’s big relief, under the lunch table, hiding by a long table cloth, lay Helmut passed out. He had snuck a bottle of Schnaps off the table and over- indulged. This was undoubtedly the key moment, which destined Helmut to become a future world-class distiller.

Helmut Wilderer’s mother, Emma was born in 1903. She endured two world wars, the second with two small children: Peter, born in 1939 and Helmut in 1941. This bottle is selected to honour Emma for her courage and strength in raising two remarkable children in terribly tough times. Helmut became an exceptionally successful restauranteur and later South Africa’s pioneer of the private distilling industry. Peter is one of the world’s most respected Professors of Water Technology of our time. In 2003 he was awarded the Stockholm Water Prize, also known as the Nobel Prize for Water

In 1977, Helmut opened his first restaurant – Geheimrat. Situated in his home town of Karlsruhe in Southern Germany, the establishment was an instant hit. The brewery that owned the building decided to sell and so Helmut went on to open Café Salmen, one of the city’s most famous restaurants, which 40 years later, is still open today.

Helmut Wilderer and his son, Christian, settled in this famous town in South Africa’s Cape Winelands region in 1994. Helmut fell in love with Stellenbosch during a week’s holiday and decided to change his career from being a restauranteur to becoming South Africa’s first private distiller.

This was the original name of the small farm in Paarl-Simondium, which Helmut Wilderer purchased in 1999. Today, Vertroue is the home of Wilderer Distillery and its very popular restaurant - Pappa Grappa. Helmut adopted the title of “Pappa Grappa” as his son, Christian, lovingly called him, honouring Helmut for being the father of craft distilling grappa.

This unique anniversary box commemorates Helmut Wilderer’s legacy. Wilderer was established in January 1995 as South Africa’s first private grappa distillery. Today Wilderer enjoys the distinction of the most awarded craft distillery in South Africa, with over 100 medals and awards many of which being gold and double gold. In industry, Helmut is regarded as a true pioneer, a ‘liquid legend’, for his noteworthy contribution towards the growth in the South African spirits industry.

This unique anniversary box is named after Helmut Wilderer’s grandson and third generation Wilderer in South Africa. Born in 2012, Alexander Wilderer is at the time of release of this box in 2020, already a keen participant in operations and the distillery team’s favourite helper. Alexander treasures the fine memories he has of his “Opa Grappa”.

In his later years, Helmut Wilderer brought under his wing, an apprentice, Johan Mönnig. He bestowed unto him, his knowledge, skill and passion, to produce world-class spirits. Humbled and keen, Johan (now a Director and Head Distiller) produces spirits of exceptional quality, making his former mentor proud and continuing Wilderer’s excellence.

The Wilderer team refuses to compromise when it comes to the integrity of the product. This is why every step in the process of creating their award-winning products, is carefully monitored and completed with meticulous attention to detail. They carefully process, ferment and distil using German equipment of the highest technological standard. Under the keen eye and nose of the Distiller, they select only a few litres after a long production day to be branded “Wilderer”. Always in Helmut’s true spirit, they craft the true Spirit of the Cape.

This unique anniversary box is dedicated to the Wilderer promise of Honesty. In their 25 years of excellence, Wilderer has stayed true to its roots while growing their business in a sustainable way. “Clean, pure and true” was one of Helmut Wilderer’s mantras and today, their spirits are still made using the finest ingredients in the most delicately controlled environment, without any artificial additives. 100% Honest. 100% Wilderer.