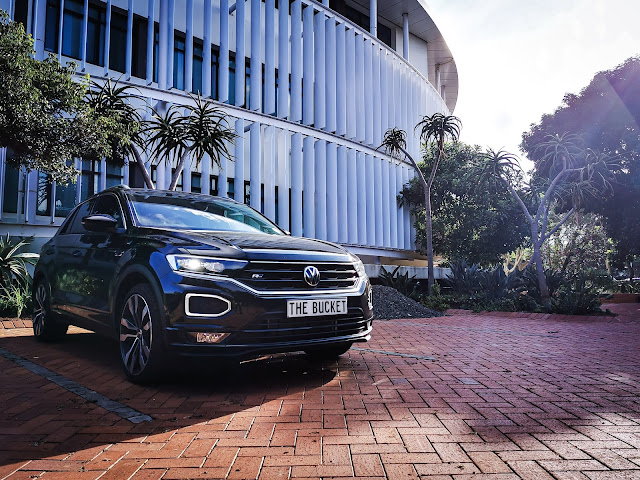 This year saw me finally get behind the wheel of a VW to review and I have to say, the folks at Volkswagen SA really know how to win you over with their first model delivered to my drive way was the all-new, hip and funky T-Roc. It's a crossover with attitude, a car aimed at the young and young at heart, a mode that really captivates you from its looks to its driving, a complete package that definitely set to ruffle a few feathers in the industry. After spending a week with the T-Roc, handing the keys back was not easy but alas it had to be done, here are my thoughts of one of SA's much loved brands latest arrival. 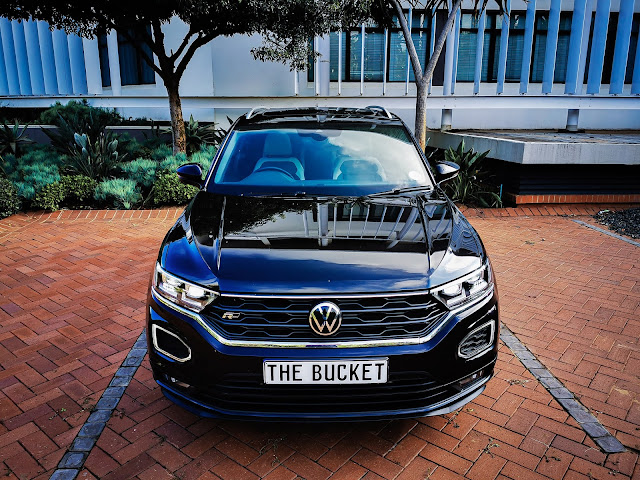 Much had been said about T-Roc before it even touched local shored but ignore what you read on the forums because it is so much more than just a "Golf on stilts", it has its own charm and character. The design is bold and striking with a coupe like silhouette adds to the cars sexiness and the angular front end which is almost like a fusion of the smaller T-Cross and the larger Toureg showing that it means business. The model I had was in Deep Black Pearlescent paint with aluminum accents around the exterior to break the colour, there is also a bi-colour option which has the roof and A-pillar in another colour of your choice which looks pretty good too. The car, in keeping with VW's new design philosophy has trade-mark folds and creases as well as recognizable shapes such as the day time running LED lights which are house in the front bumper just below the main headlamps. Like its bigger brother the Tiguan, the wheel arches on the T-Roc are very pronounced and give a bolder look to the car. The T-Roc came fitted with 19" multi-spoke R Line rims which accentuates the cars sporty nature but still shows that it's not afraid to get dirty. Moving onto the interior, VW really are making great strides in this aspect with their welcoming spaces, tri-colour seats, full digital instrument cluster as well as an 8" touch screen media center of which I'll touch on a little later and the different colour stitching which adds that added element of class to the car. 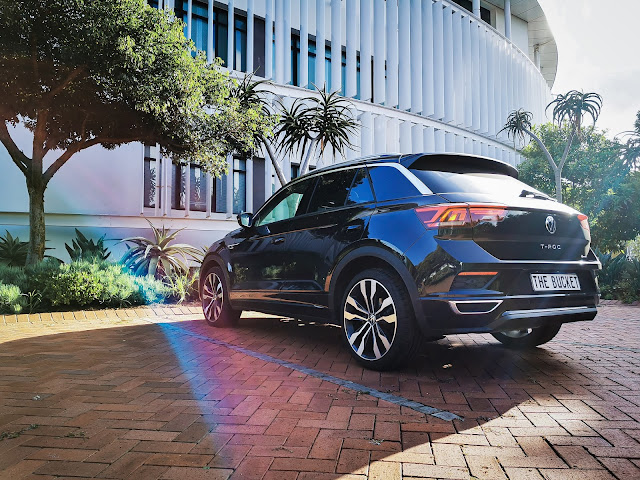 With two engine options currently available in the line-up, I had the range topping 2.0 4Motion which is basically VW's all-wheel drive system. The engine produces 140kW and 320Nm of torque which translates to a nippy 0-100km/h time of just 7.2 seconds. Not bad for a big bulky crossover. The came fitted with VW's legendary 7-speed DSG gearbox which timing is impeccable with gear selection while on the road. While there are different driving modes to the T-Roc I could happily drive it in the normal one al day long and not have a hassle. The performance is everything you'd expect and more from a car like this, often at times it felt like I was driving a Golf, just with a better view thanks to the added ride height. VW claim an average combined fuel consumption of 8.3 litres per 100km which I got pretty close to at 8.7 during my time with it. In the urban areas, the car is quite content with good feedback at lower speeds and managing the speed bumps with ease. On the open road, the engine has no strain in picking up the pace when needed, as it picks up speed without a fuss. I managed to get a decent 483km from the 55 litre tank and probably could have gotten more if I wasn't so heavy on the accelerator. 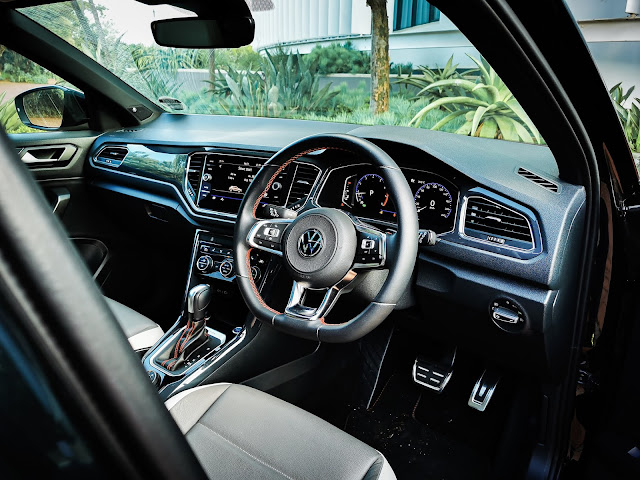 Getting back to that interior, not only to the tri-colour seats look good but they feel good too! There is lots of various textures and trims to the cabin that give the T-Roc quite a robust look with the hardy plastics at the bottom but as you make your way up they're soon replaced with softer plastics, high gloss finishes and leather with red stitching. The multi-function steering wheel with flat bottom is pretty comfy in hand but it didn't have any controls for the phone which I found odd, it had me answering and putting them down via the infotainment screen. Maybe there was another way and I missed the trick? Other than that minor inconvenience everything else is well laid out and easily accessible. There are two USB inputs up front but there are the new Type-C jacks. The T-Roc comes with dual-zone climate control for the driver and front passenger with the rear also getting vents and two USB Type-C jacks. The car comes with mobile phone applications such as Apple Car Play and Android Auto, which is a simple plug & play, the car also came with PDCs and self park which I test out anytime I had to parallel park. What surprised me is at how quick it does it, while you still have to control the speeds with the brake, the T-Roc manages it with ease all from a touch of a button. The luggage space is huge with the boot offering 392-litres and if you fold down the rear seats, it increases to 1237-ltires. 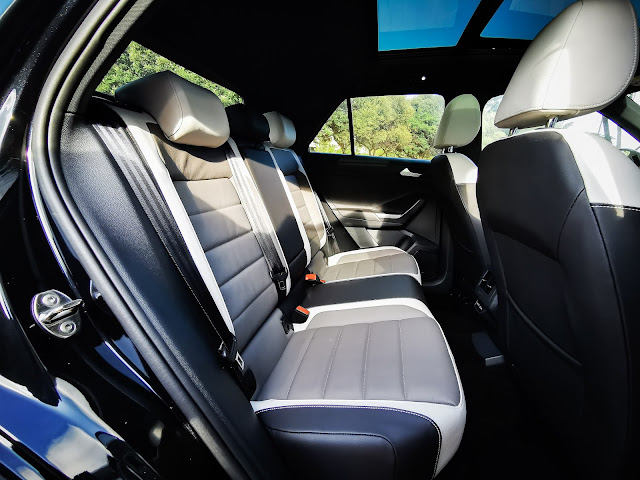 Don't believe everything you read online, the T-Roc is worthy competitor from a well trusted brand which has been in the country from as long as I can remember. With the German heritage and proven reliability, this is just proof of another great product from the brand. With the pricing point being a major talking point with it being priced quite close to the Tiguan, I can see why many would say "I rather pay more and get the bigger car", while that point is valid, one has to ask if you need all that space? If not, this would be more than perfect, with the added space of the bigger car you won't get the same performance as you would with the T-Roc, not to mention the great looks. As with every brand now, there more choices you have the better it is for the individual as each persons tastes varies and there really is a car now for everyone. This one should attract more than the average numbers given its styling and offering. The car comes with a 3 year/120 000km warranty as well as a 5 year/ 90 000km service plan with 15 000km intervals. 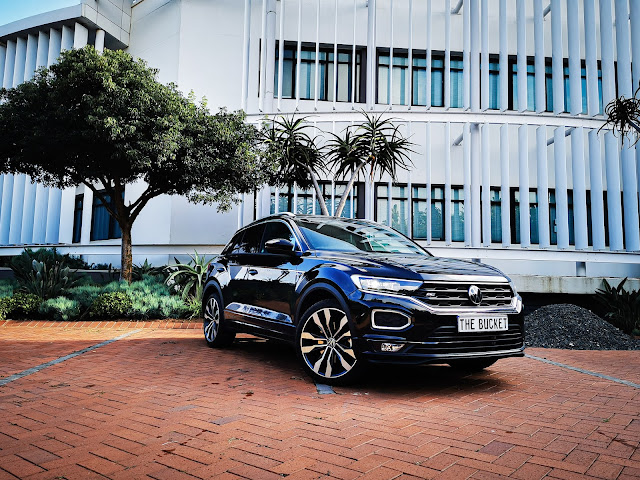