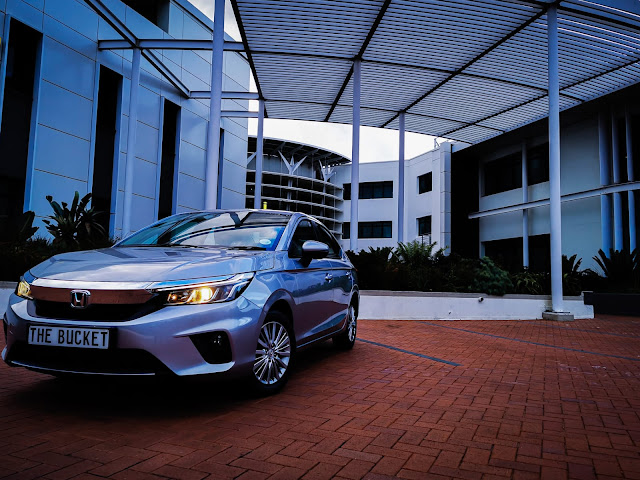 When it comes to mid-sized sedans on the market, there is only one car that comes to mind and that is the Toyota Corolla. While there have been some competition coming in from the likes of the Koreans, there hasn't been something worthy to steer peoples heads away from the Japanese manufacturers most successful car, well maybe it needed competition from a brand from its on country? Step in Honda with their all new Ballade, a car which was quite popular in SA in the 80's and early 90's. Unfortunately for the brand, it seemed to fizzle out in the late 90's and with the introduction of the Civic the famed Ballade was all but forgotten. Honda did re-introduce the name a few years back but the model didn't do as well as they hoped it would do but now with an all-new design and offering they hoping to sway the heads of some. I got to spend a week with the new Ballade Elegance CVT, and I have to say it was more than what I expected. 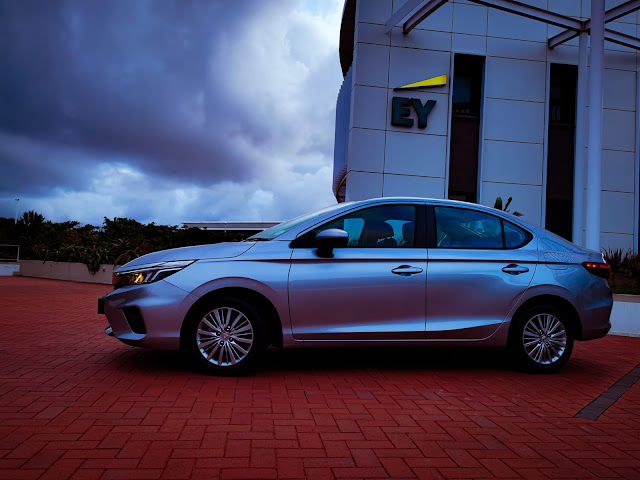 Starting off with the design, I think Honda did a great job, while the car isn't the biggest around, the low and long approach gives the car a bigger look that it actually is. With wide headlamps adding that extra width look to the car and that solid bar grille really makes the car stand out. Even with the rims, the multi-spoke look give the impression that the wheels are bigger than what they really are. The design is very clean and elegant, not like its larger brother the Civic, it looks a bit American if you ask me, not that it is a bad thing but just looks more professional in its stance. Stepping inside, its much of the same, very business like cabin with all your buttons and controls neatly laid out, no funky lighting and an large 7" infotainment screen. The seats are comfortable, the interior spacious and what surprised me was all the tech you get with the car as standard. I mean the key has a button to start the cars ignition while you standing outside! What the purpose of that you might ask? Well its more for countries with colder climates so you can get the engine warmed up before your journey as well as get the cabin acclimatized before you get in. 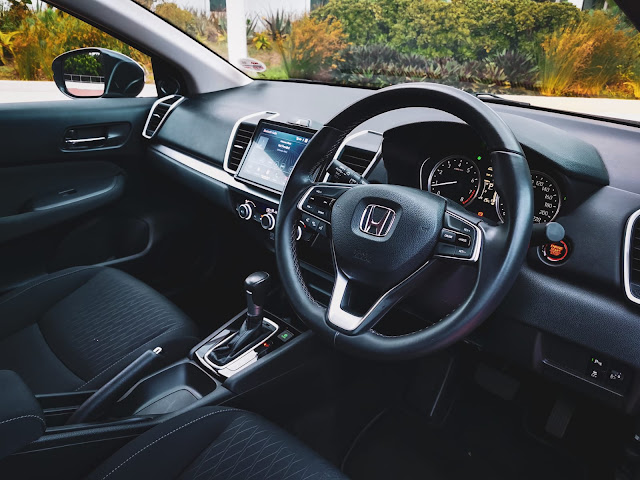 Performance on the new Ballade, all variants come fitted with a 1.5L DOHC i-Vetc 4 cylinder petrol engine. Power output on it is 89kW and 145Nm, the car is fitted with a CVT automatic gearbox but overall I think this combination proves to do well with the car. As it is aimed at smaller families, the car has enough power for urban trips as well as long highway travels. I hardly found myself straining the engine on commutes and unlike other CVT gearboxes there was no searching for gears or high revving for no reason. Honda claim a 5.5L per 100km but with my time with the car, I only managed to get around 6.8L which still isn't too bad for a car of this size and nature. 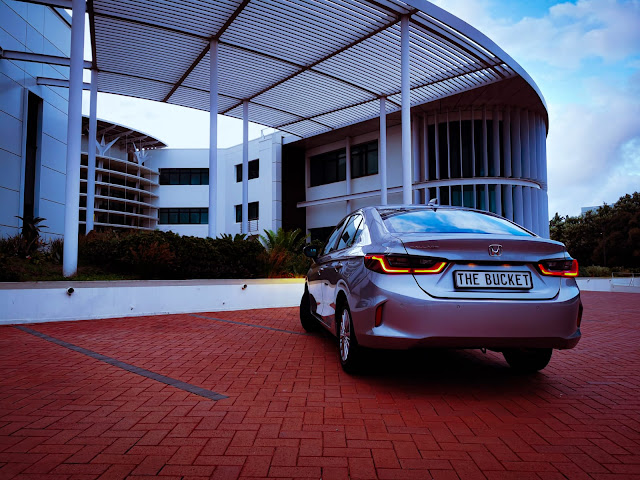 As mentioned the car is pretty comfortable, the top of the range model comes with keyless entry, the infotainment screen has built-in applications as well as a USB input and Bluetooth connectivity. The car has single-zone climate control as well push button start. I love the interior finishes, while the seats are material, the use of different materials on the dash and steering wheel really gives the cabin a luxurious feel. The car comes with PDC's and a reverse camera, full multi-function steering wheel and VSC. The rear passengers have a decent amount of space and the seats are pretty comfy as well. The luggage capacity is generous with you being able to load quite a bit in the trunk. 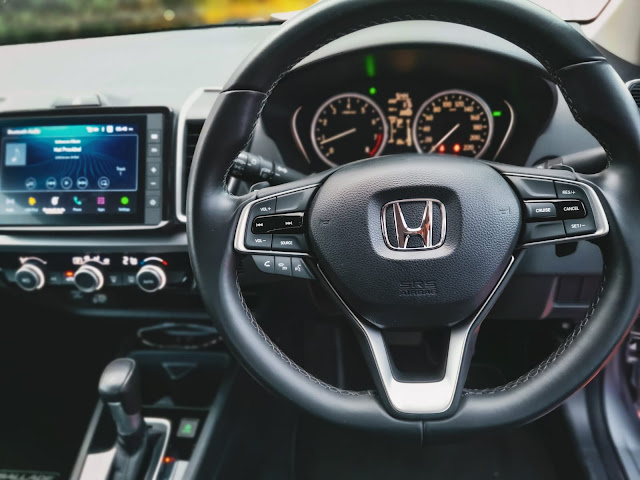 Overall, the new Ballade is a decent offering, for its price point it won't be here to steal Toyota's crown from the Corolla but it is offering a niche car in a segment between the Corolla and Corolla Quest. You're getting a solid car with a great reputation at a decent price which has most of the bells and whistles. Honda needs no introduction in terms of its re-sale value and reliability, it really is a great offering from them and doing that Ballade badge justice. 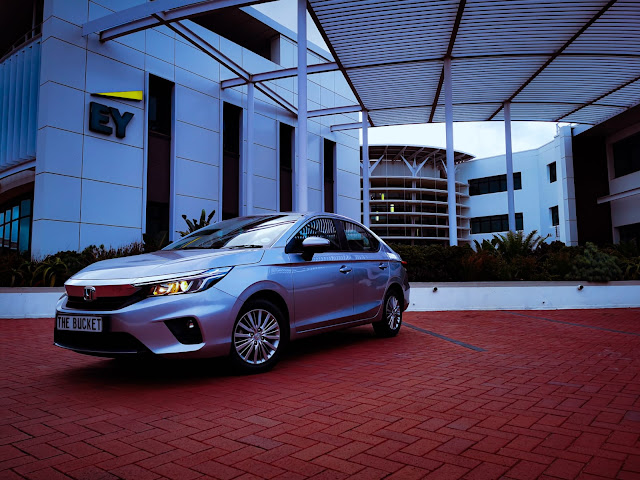