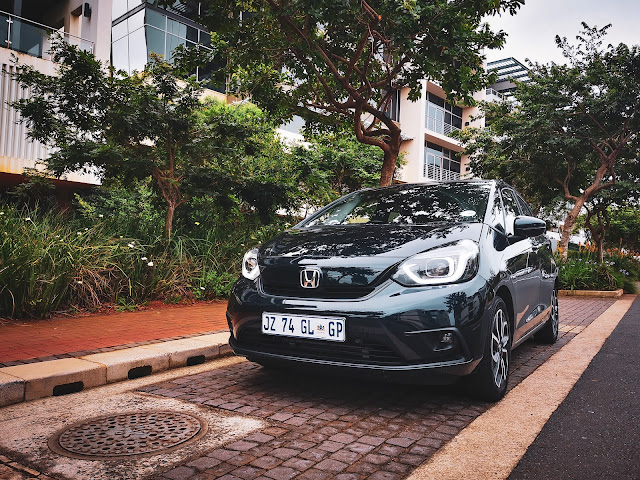 I'm the type of person that gets irked by the strangest things, one of them is when brands decide to rename their cars. Like why? Did you need a Tax write off so you decided to spend money on changing the name of your car that had a perfectly good name to begin with? I just don't see the need for it and no, it has nothing to do with me getting old as I have had this issue since I was a young lad, it helps with progression and to keep track of models from before but then again I'm just a guy who drives these cars, not the person in charge of a major global manufacturer, so what do I know? In any case, today's review is about a car that had its name changed, well to be fair, the Jazz was known as the FIT in other parts of the world but we called it the Jazz so now they probably just keeping it to one name but never the less, the name is only that much relevant, its what it has to offer and how it drives that matters most, so here's more about the actual car than me bitching about what its known as. 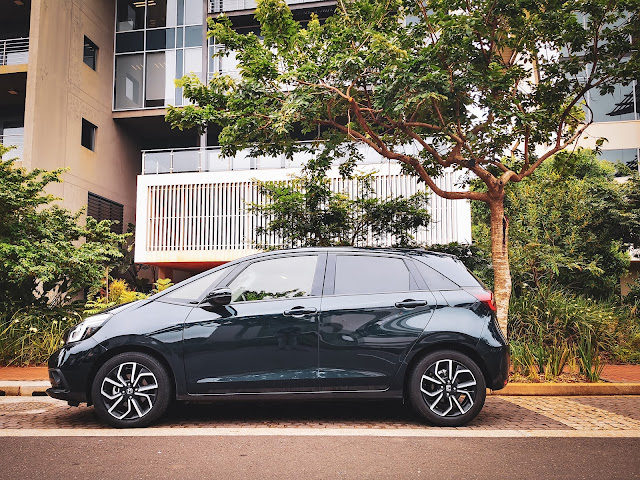 DESIGN
In keeping with the small MPV design, I think Honda has done a superb job in keeping it small, but at the same time bold. The contours and lines make the car look very futuristic and modern but has that smooth element to its design that makes it quite pleasing to look at. The large beady headlamps are accentuated with the LED daytime running lights that border the outline of it. The grille almost non-existent apart from a tiny slot where the bonnet meets the bumper, this almost gives the impression that the car is an EV. The side profile of the car has a lot of unusual lines but they all sort of work in harmony. Although the car is a compact model, the large windows do create the impression that the car is bigger than it actually is, the same works when you're sitting on the inside, apart from all of natural light that comes in, your view is just sublime, with the extended dash and more forward slanted windscreen, the extra side windows make it seem you're sitting in an airplane cockpit rather than a car. The back end of the FIT is also very neatly rounded off with large tail lights which design is followed through to the number plate display. Overall its a pretty attractive looking package from Honda, that really makes this model look more mature than the outgoing Jazz. 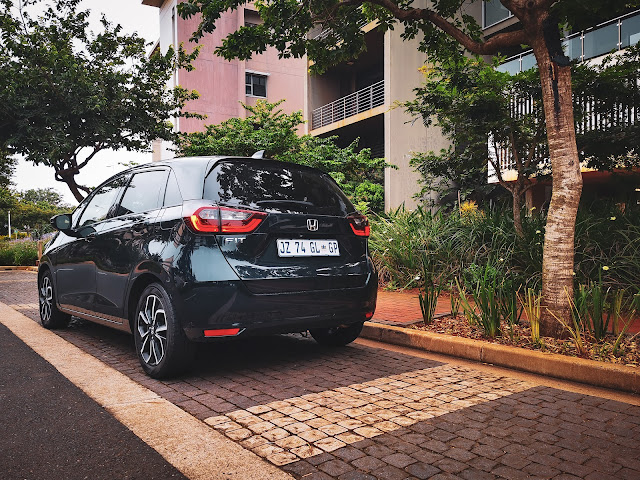 PERFORMANCE
While I did mention the FIT looks like an EV with its very minimal grille, there is a PHEV option but I had the 1.5L chain driven DOHC i-VTEC offering. This model came with the automatic CVT gearbox which many love to hate but as the brands seem to be sticking to this technology, maybe its not the issue, maybe we are? The engine delivers 89kW of power and 145Nm of torque which is adequate for a car this size, seeing that the predominant drivers wont be lining up for any drag races as the only race they have is to be on time at school before the bell rings, that being said the claimed top speed on this model is 190km/h. While figures are quite low, you don't really seem to mind as with a car of this nature its meant for cruising around and my word does it do that well. It doubles up brilliantly as a city car as its easy to drive around and very simple to park in tight spots. With its tiny engine, you'd expect the fuel economy to be quite low, and you would be correct as the FIT averages 5.5L per 100km, given that I only had it for a week and with time constraints I could really achieve that but getting it to under 6.5L for mixed driving wasn't bad if you ask me. 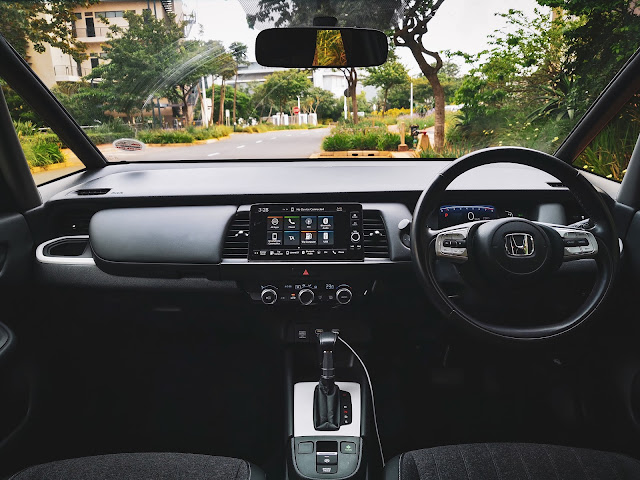 COMFORT
Not sure who was in charge of the design of this interior but whoever they are I'd like to give them a high-five because wow. Look, there is nothing spectacular at all about it buts probably one of the neatest and well thought out interior I've seen in a long time. The quality of the materials used to put it together is fantastic and the elements just work so well, it just makes it such a nice space to be in. The design can only be described as modern retro, or a futuristic interior from the 70s, from the dual spoke perfectly round steering wheel to the pin stripped material seats, it looks so chic and classy but like from the 70's. The seats although material based are so comfortable, almost sofa like. The dash is minimalistic but everything is symmetrical and well thought out, from the climate control toggles to the cup holders next to the steering wheel to keep your water/ coffee. The large TFT touch screen infotainment interface has mobile app connectivity and is finished off in a matte coating which reduces the finger print marks and make it look very cool when the car is switched off, this same coating is applied over the climate control screen and adds a very niche look to the interior. The instrument cluster is fully digital and features a large rev counter with the speed shown in digital characters. The side spacing has the usual warning lights should something go wrong. Space in the back is quite adequate for two grown-ups and has those same comfy seats. Luggage capacity on the FIT is at 390L as standard but with the back seats dropped, this figure increase to 1210L. 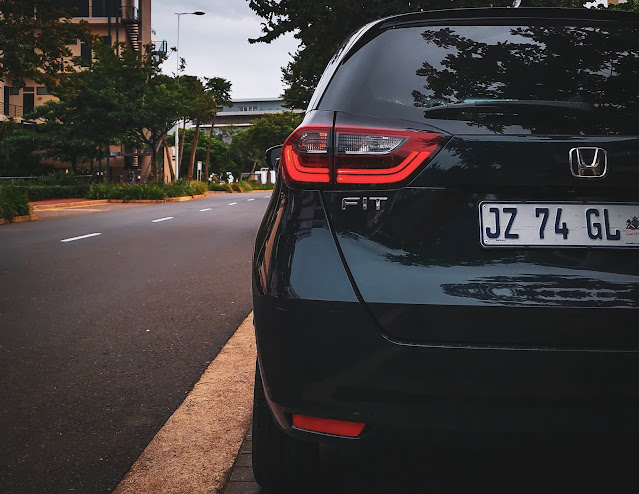 VERDICT
I think what Honda have put together here is a great product and a much more mature version of the compact MPV we've gotten to know along the years. It's a much more well rounded off vehicle compared to the Jazz and has a certain element of luxury to it now so its befitting a name change that is echoing a new era in its life. I certainly enjoyed my time with it and while the pricing might be a bit more than its competition in the market, I request you to go see the car and it won't take you long to figure out why you're paying that extra money, it is definitely well worth it, with the reliability history of the brand, that just ensures this is no brainer if you're looking for a car in this type of segment.