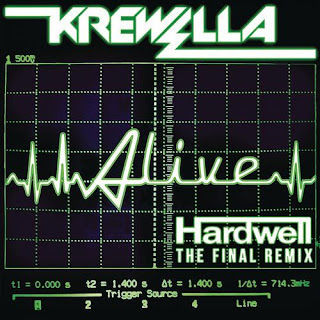 Krewella? Never heard of them either, from the brief research I've done I found out that they're an electronic dance group (never knew there was such a thing either) from Chicago consisting of two girls (one is really fit, the other is average) and the only guy in the group who is the "producer" name is Rain Man. Okayyy, anyway we only interested in their music, Alive is a pretty cool track but our favourite up and coming DJ Hardwell decided the track needed more oomf and after it received some of his treatment, it became a club banger of note!