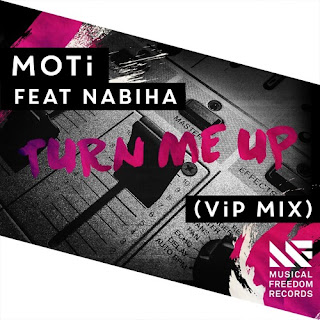 MOTi is fast becoming one of the rising stars in Tiesto's Musical Freedom label, his latest offering bares testament to that. Turn Me Up in the VIP Mix has been occupying the top 3 spot in Beatport charts for the past few weeks and looks like it will be staying there for a while with the rave reviews it's been getting. For those that attended Ultra South Africa a few weeks ago, Tiesto dropped this one during his extended set in Johannesburg and Cape Town. It is a banger of note and a frequently played song on my playlist. It features the vocals of Nabiha which give's it that mellow but soulful style, so listen to the lady and turn it up and enjoy!