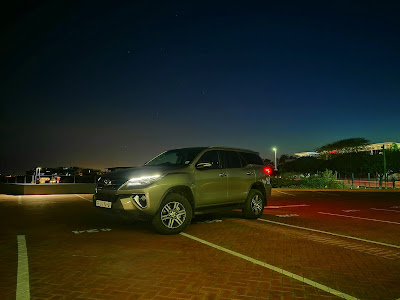 If you haven't already noticed, Toyota have a new Fortuner on the market and my god does it look good! It's one of the best selling SUV's on the market for the past few years and with good reason to. Yes, I now am reviewing Toyota's, their name and heritage in South Africa is really high up there with the Germans, apart from being cheaper, they're also the most reliable and a major plus is the re-sale value, it's for this reason that the Japanese manufacturer dominates the NAMSA stats every month with their Hilux being the best sold bakkie in SA for a good few years now, with competitors coming and going they remain the one constant there. I am utterly delighting that Toyota have given me this opportunity to drive their latest addition to a market favourite, as I drive a Toyota this also gave me the chance to see the advancements that have come along in their new cars. 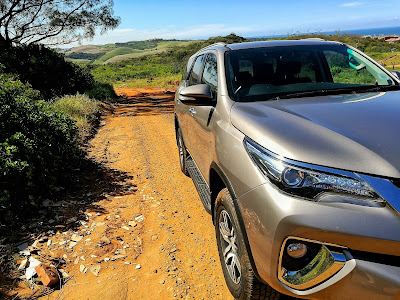 Style
While I may think the new Fortuner looks stunning, I soon found out that to the general public it was more controversial than great. I'm happy to say that most of the responses were positive because it's a bold step Toyota took in their design,with the old one it was just a Hilux made into an SUV, with this it follows more in the lines of what they're doing at Lexus but having that unique Toyota touch. The lines on the car are much sleeker, angled in all the right places and sharp edges that make the vehicle stand out in the crowd. The lights are fantastic with the BI-Beam LED's and the visuals at night are something else. I even took the opportunity to get some night shots to showcase how good they look. The overall shape is good symmetry from the front to the back, raised suspension with  17" rims gives the Fortuner that extra rugged look but the chrome detailing still add's that luxurious touch. 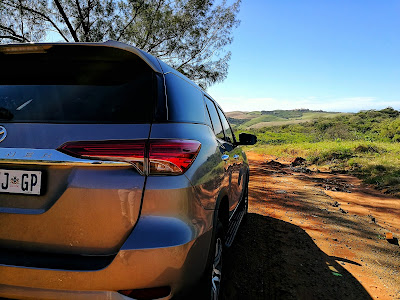 Performance
The vehicle I had was the top of the range diesel models, the 2.8 GD-6 Auto, the GD Hi engine range replaces the D-4D engines which were quite a hit in the older models. Whilst the D-4D engines were good, these new GD Hi engines are superb, with high torque, power when it's needed and fuel economy that will leave you smiling. With such a big SUV like this, you'd expect yourself to be at the pumps more than often for a refuel, granted I had a diesel, I still found that my day to day short distant running around gave me a fantastic return. 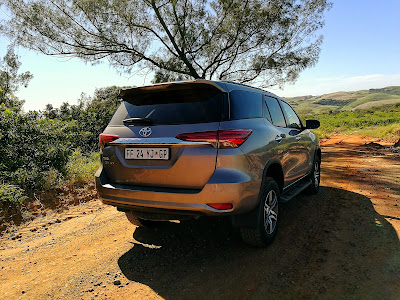 I was please to see that Toyota have added three driving modes to the car, Eco, Normal and Power, all of which say what they mean. I had it in Eco mode for most of the time and I hardly found the car taking strain or down changing to get extra power form the lower gear. With the 6 speed automatic gearbox, the Fortuner also came with paddle shifts, which I found a bit odd for an SUV but none the less I tried it out on Power mode and it was damn good fun on the open road. Smooth and seamless changes when you trigger, the only thing I did have an issue with is the length of the paddles, if they could extend it just a bit to the out circumference of the steering wheel it would be great. 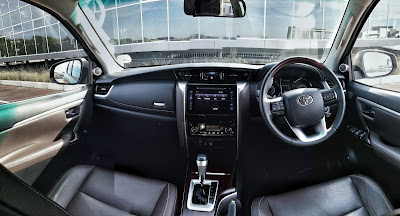 Comfort
If you follow me on Snapchat (if you don't, look to the left for my ID), you would have heard me go one about the interior finishes of the Fortuner, especially the leather. My family have owned Toyota's our whole lives, from Corolla's to Camry's of which my dad won't part with his 2013 as he says there is no car like it but the point is I have never experience different leather qualities like this before. They soft touch and feel of the leather on the dash along with the hardy yet comfortable leather on the seats, such a contrast but so damn good! I was truly impressed and so were the many passengers I gave rides to during the time. 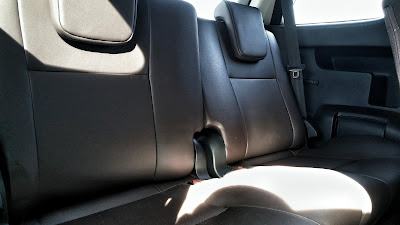 Simple things like having cushioned leather side walls on the center Radio and AC cluster makes such a big difference as many drivers rest their leg there while driving. The Fortuner is a 7 seater and I just had to try it out, sitting in all the seats including the ones right at the back, all of which are comfortable for adults. The interior is finished off in a mixture of aluminium and wood covered high quality plastic trimmings that add that elegance to it. It really is a major improvement to what we are used to in Toyota and I'm glad all this didn't affect the pricing. 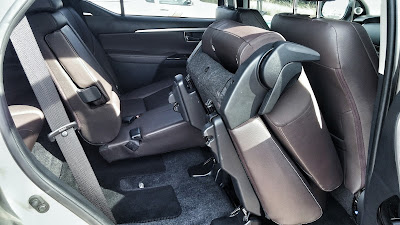 Tech
Lets start off with key-less entry, a must have in cars over 500K in my opinion, then those Bi-Beam LED's, apart from looking great they actually serve a good purpose on the road. With direct illumination across a 4 lane highway without hampering oncoming traffic, switch over to brights and you can practically light up the whole place. Impressive lighting tech from Toyota it has to be said. The infotainment screen for was a bit of a let down, it just seemed lacking. Maybe in an update they will add more options to it, at the moment it has blue-tooth audio integration with your cellphone and access to your phone book. It also gives you an Eco view of the car, along with reverse camera.  Noteworthy things that they could add in the future is Satnav, PDC's, yes it didn't come with park distance control, something you would need in car this size and maybe some apps. The touch screen was great and what I like is it didn't leave much fingerprints on it but just above that you'll find the trusted old digital clock, while many said they should give it rest, I quite liked it, almost like a homage to Toyota's of the past. 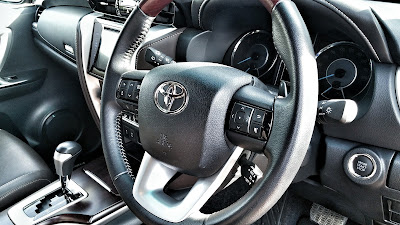 Storage
Like with many 7 seater SUV's, with all the seats in place, there leaves not much room in the trunk but with the Fortuner they were clever with the design, they took the spare tyre out of the boot and mounted it under the vehicle, hence the need for the raise suspension but this gives the boot more height and able to store more things in it. Folding the back two seats is easy enough but what may need to be re-looking is the clamps that hold them as many a time whilst being folded up I found them falling out when taking sharp bends. It does give you a bit of a scare up front. 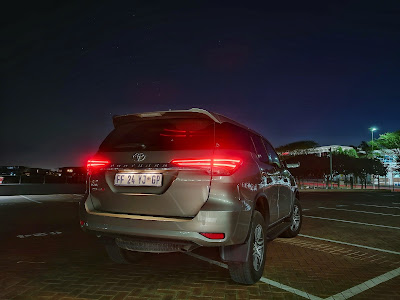 Off Road
I didn't get a chance to test it's full potential off road but took it out on a few gravel trails which suffice to say was a piece of cake for the Fortuner. I didn't have to change any settings as the normal driving mode did the job. With a high ground clearance and big tyres, I don't see this car facing any major challenges off road and true to tradition I'm sure it can manage just about any terrain.

Verdict
I'm sure you can tell from most of this write up or if you follow me on Twitter and Instagram that I honestly loved the new Fortuner, yes there are some small issues I have with it but nothing major. The only one I would say that might be an issue is the engine noise in the cabin, if Toyota can borrow some of the tech from Lexus to sound proofing the cabin it would be a winner. I knew before I got the car I would be impressed with it but little did I know why it would impress me so much and as I mentioned before, the model I had was one below the top of the range petrol V6 but the top of the range diesel model, the pricing for them is superb if you had to compare them to the others on the market. I don't need to say much more to sell you this car because if you just take a look at how many are on the road already, you will know for yourself that many others share the same sentiment. 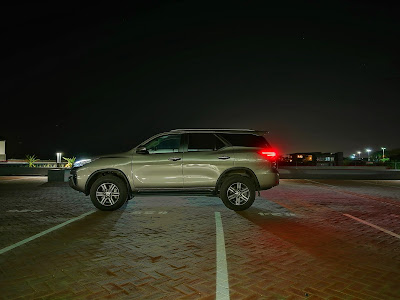 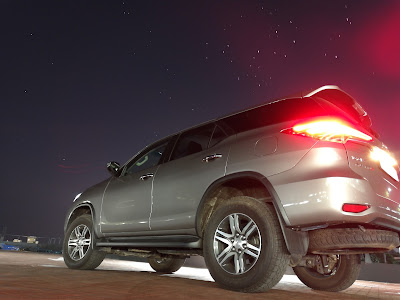