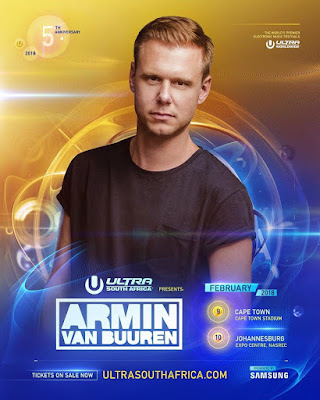 Its Ultra South Africa week! Come Friday, dance music fans will be in ecstasy as some of the biggest names in Electronic Dance Music will hit the stage, starting off in Cape Town and ending in Johannesburg in the early hours of Sunday morning. In our final artist feature for the build up to the event, we have none other than the legend of Trance music, Armin van Buuren. He is regarded as one of the frontiers for electronic music, getting it more well known in the industry to reach the levels it has now. With his weekly podcast show, A State of Trance, he reaches millions around the world, playing the latest that has been cooking in the Amarda kitchen. With his record label, he has brought through some amazing talents of whom have grown to massive names in the industry now. 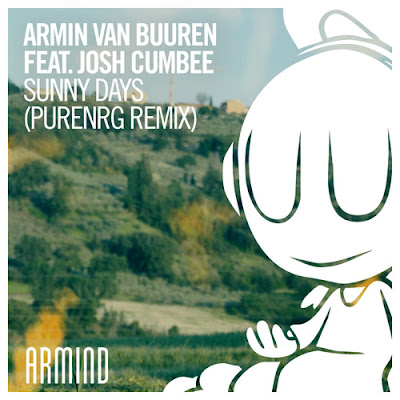 Today's featured track from the Dutch maestro is one of his latest releases which have been given the PureNRG treatment. It's a song he did last year with Josh Cumbee on the vocals call Sunny Days, they even produced a slower version of the track over December titled "Christmas Days" which was really cool. This fast paced remix is one of the popular ones of the track and you can bet your bottom dollar that Armin is going to drop this in his set at Ultra! So get ready for what is going to be an epic event. I personally cannot wait to see Armin again, the last time he was here, his set was nothing short of epic and I expect more of the same this year.