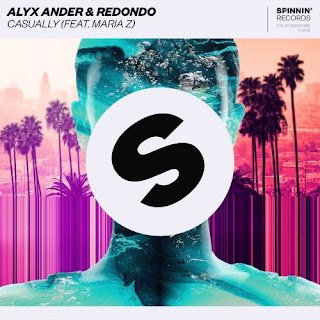 Not sure why, maybe its the old in me coming out but I'm seriously enjoying these new dance tracks which have old school nostalgia tempo and beats to them. Take for example today's featured track by Alyx Ander and Redondo, the beat could easily be mistaken for an 80/90's R&B track with Mariah Carey on the lyrics but its not, it's actually a brand new release and features the vocals of the oh so fine, Maria Z. This just goes to show the variants in the EDM world, with fusion of other genre's in there that can transform music from one spectrum to a complete other. While I am a fan of electronic and trance, I don't mind these sort of tracks every now and then. The music video is pretty cool as well, take a look and listen.