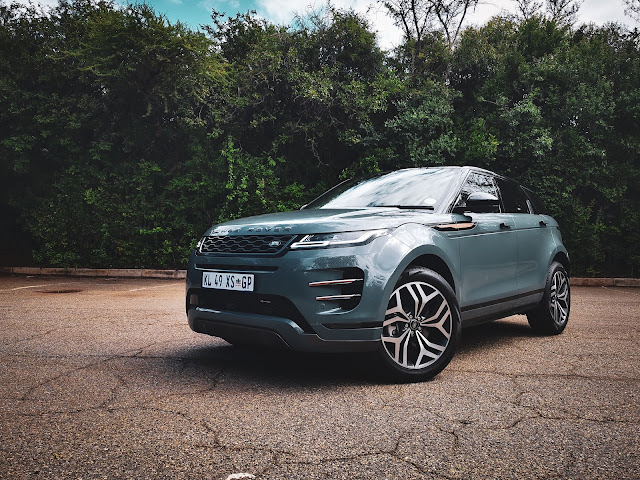 Range Rover has always been one of the preferred brands of the Land Rover Stable, offering something a bit more on the luxurious side while still staying true to its off-roading roots. In 2011 they unveiled something new to the market, a short-wheel based compact SUV in the Evoque, it was a dawn of a new heading for the brand as most of the design philosophy going forward was to be based on this "baby SUV". While this had the purist in shock, many welcomed the change to the brand, giving the cars a fresh new identity and ultra modern looks. The Evoque had a hard time winning over the older chaps but it wasn't aimed at them, it was aimed at the youth and something about the car appealed more to the females, hence it got a reputation for being a "ladies car". A Range Rover to go shopping, yoga, pilates and other female related activities. The introduction of the convertible Evoque didn't help to butch its image at all, in fact it just sent it further down that road as an SUV for the females. While many men would laugh off the Evoque as a proper SUV, I was forced into one at a Land Rover Off-Roading course and I was pretty much blown away when I realised it could do pretty much everything a Discovery 4 could do at the time. Obviously with the lower ride height and bigger rims, there were certain ways you had to approach obstacles with the Evoque and not just drive straight over them like you would in a Defender but it really showed me it was still and Landy by heart. Recently I got the chance to spend some time in the latest generator Evoque, another key model in their stable as this is echoing in the next design language change in the Range Rover stable. 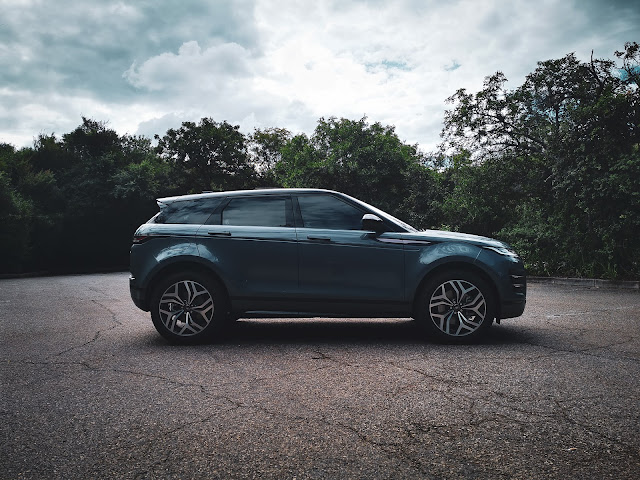 The overall design of the new Evoque is very pleasing to look at with no more rigid shapes and angular lines, the car is completely smoothed out with beautiful curves and almost zero creases. The details on the exterior of the car really make the car stand out from the rest and gives the car so much more character. Finished off in "Nolita Grey", the Evoque looked stunning as it almost has a matte like finish that just makes the design stand out more. It had Rose Gold accents to certain parts of the body work that made it pop in the sun, a brilliant contrast to the overall colour of the car. Like the original model, the roof is blacked out that gives the overall car a nice two-tone paintwork. The Evoque is one seriously stylish car and I can see what many would say it is rather feminine but at the same time, the new sporty design language of the car makes it look rather sleek so maybe its more of a unisex car now? The interior has received a major overhaul with majority of the buttons being done away with and the use of TFT touchscreens making up most of the controls. Like the exterior, the interior is also very stylish and modern, which makes it extremely pleasing to look at. 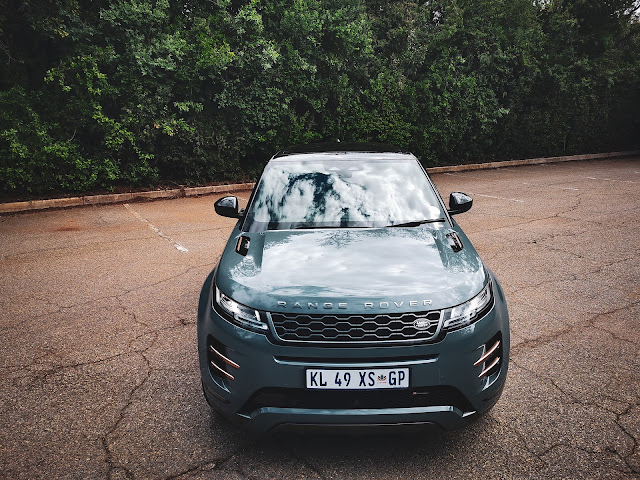 The Evoque comes with three engines to chose from, a 2.0L Petrol a 2.0L Diesel and a 1.5L PHEV, I had with me the 2.0L Diesel which would have been my choice from the three to start with. Doing long distance travelling, the diesel always seems to out perform the other two, also with a full load the extra torque does come handy. The 4-cylinder TurboCharge Diesel motor churns out 147kW giving it a top-speed of 213km/h with a 0-100km/h time of 8.5 seconds. The car handles extremely well, being so nimble you hardly feel you're driving around in an SUV. The Coupe like styling cuts through the air like a normal sedan would but with a greater ride height so visibility is much better for the driver. The is very little road noise once you're in the cabin and minimal body roll when taking bends and corners at high-speed. While I did say the Evoque is a very capable off-roader, I never got the chance to put it through its paces during my time there due to the bad weather but never the less, it managed to successfully complete the tasks we had set out for it, that is taking us to and from the golf course. 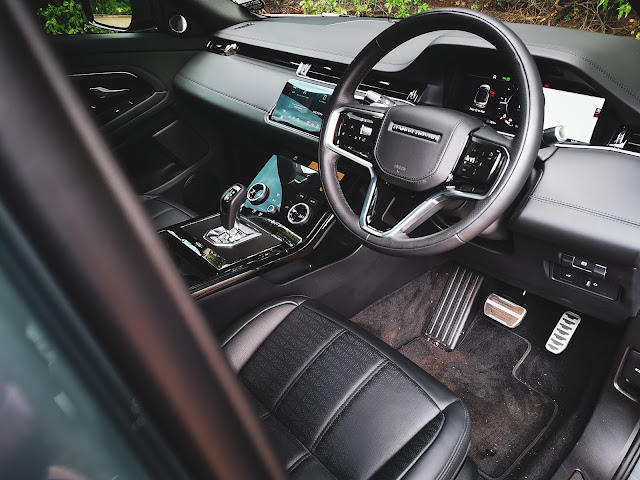 Like any Range Rover, the Evoque is extremely comfortable, stepping into this one it is noticeably smaller than its siblings but you will find that it is not that cramped as you'd think it would be. Yes, while travelling with a lot of stuff isn't the best given the size of its luggage being only 471L but with a drop off the seats this increases to 1156L. The leather seats are premium with perforations for heating and cooling. The car come with three-zone climate control, all of which is easily accessible on the touch screen controls. The user-interface has a very classy look to it and is extremely easy to use, connecting your mobile phone to it is also simple enough as it has wireless functionality for both CarPlay and Adroid Auto. There is a wireless charge which is located underneath the floating center console making great use of space in the cabin. All the materials in the cabin are soft to touch and are of great quality. The car comes with a Meridian sound system which is nothing short of superb, offering clarity and bass when required. 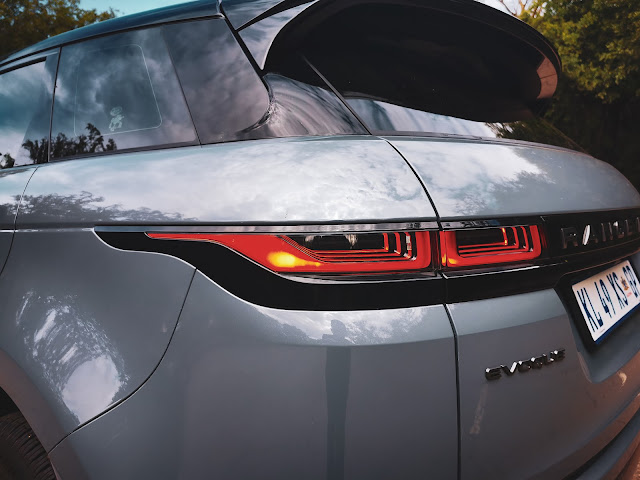 While many still will turn their head when given the choice of the Evoque, this little SUV remains a quality offering for the consumer. It's the baby Range and as you saw from the new Range Rover Sport which was launched last night, much of it is based on this model. It's the perfect car for a small family with adequate space and perfectly spec'd engines. The options list to make the Evoque unique to you is endless which a wide variety of textures, trims and paints to chose from. What I like about the new Range Rovers is that they all come with the flush door handles that pop-out when the car is unlocked. Giving the car that extra luxurious look. The car is a stunner and when you see one on the road it does catch your attention. 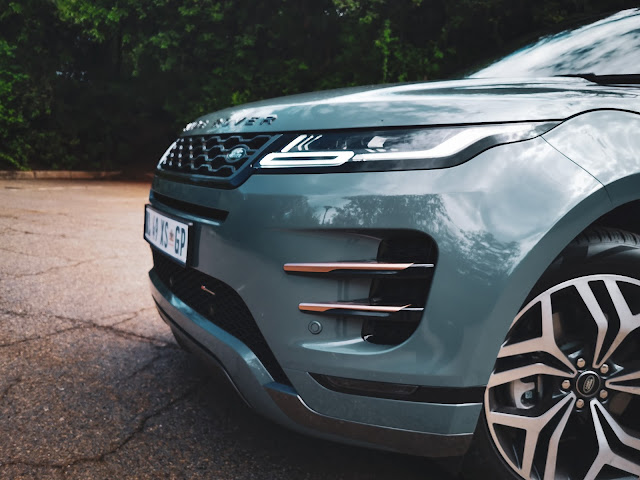